JARRETT: Sessions and Rosenstein Need to Leave DOJ After Midterms

Just weeks before Americans head to the polls to decide the direction of the country, all eyes turn to the political futures of senior DOJ officials Jeff Sessions and Rod Rosenstein; with many inside the GOP and the media calling for their resignations after the high-stakes midterm election.

“Fortunately for our country, Attorney General Jeff Sessions doesn’t have much more time left in his job. Once the Nov. 6 midterm elections are over, President Trump is widely expected to belatedly accept the letter of resignation tendered by Sessions in May 2017,” writes Jarrett.

“Hopefully, Deputy Attorney General Rod Rosenstein will also leave the Justice Department when Sessions heads out the door,” he adds.

“Both Sessions and Rosenstein have done enormous damage to the Trump presidency, our nation and our system of justice. We will all be better off with them out of their jobs. As the old saying goes, ‘good riddance to bad rubbish!’” says the article.

The Weasel should have been fired long time ago IMO.

In my opinion, Republicans voted for a coward who is afraid of own appointees.

Either that or the Republicans are instilling hatred in their followers to maintain their power then failing them.

Who the ■■■■ is Greg Jarrett and why should I care? A trump gutter dweller? Don’t care.

Greg Jarrett is best known for getting drunk and being arrested for generally being a jerk at an airport.

Oh, and being one of the biggest apologists for Trump in existence.

Lol so a trump gutter muskrat? He can sit his butt down. No one cares.

Plenty of people care given his pro-Trump book was a best seller. 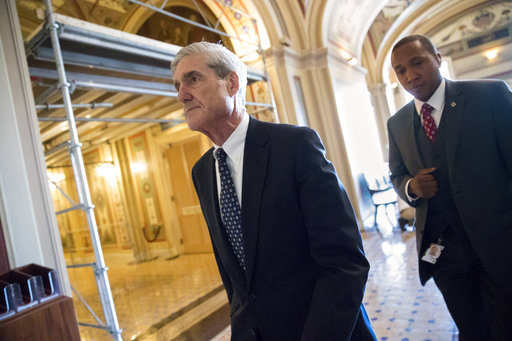 Fox News legal analyst Gregg Jarrett’s The Russia Hoax reads like a book-length friend-of-the-court brief, painting a sympathetic portrait of the Trump presidency and defending the Trump team’s election-era actions, which are now under a microscope....

Although as is custom, it’s filled with lies and distortions meant to gin up hatred of the “swamp” and protect the king.