It's the Swamp Stupid

They’re not really doing anything. 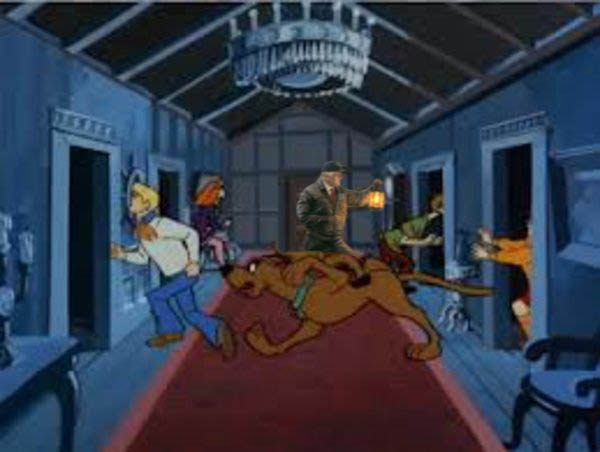 Francis Marion-vous all over again.

Meanwhile, back in the real world, Trump has filled a lot of top level positions with those he deems part of this mythical swamp.

But, I’m sure he’ll get a pass on that from his supporters…

Meanwhile, back in the real world, Trump has filled a lot of top level positions with those he deems part of this mythical swamp.

But, I’m sure he’ll get a pass on that from his supporters…

He gets a pass to this extent. Early on all he had to go on were recommendations FROM the swamp. With experience trumpy is a better HR boy today. You betcha!

No Jared. I am guessing either that he was thrown over the side, or they said: Uh, yeah, you just wait here–there’s another, even better boat that will be along to pick you up in a minute!

Francis Marion-vous all over again.

This is a bad translation.

This is a bad translation.

Now…I know it’s spot on. Thanks.

The Swamp is good.

I prefer the quiet, meditative quality of this painting, which shows restraint in its understated intensity. 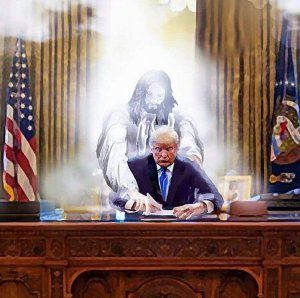 And if you listen, you can almost hear the words of Jesus as he guides Trump’s hand:

I think Jared’s already been eaten.

We shouldn’t forget the important precursors and influences to these important works. For example, Ralph Wolfe Cowan’s keenly expressive The Entrepreneur, which captures Trump’s strength, virility, and dignitude, while also suggesting his casual vulnerability: 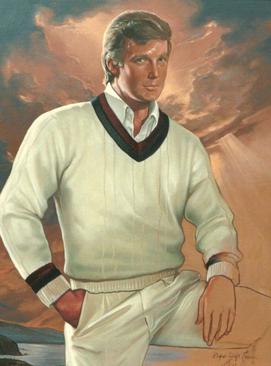 That’s a level of whackadoo even Trumpists should (should) cringe at.

Oh Mama. I think this was the inspiration for the characters in Trading Places

The clouds breaking behind Donald to allow for divine illumination, the pure white of his tennis sweater, the refined yet unbridled confidence of Donald in that classic “Captain Morgan” stance…it all evokes and reinforces a sense of fiscal and masculine righteousness that perfectly explains why Donald won in 2016 with the greatest landslide in the history of US presidential elections.

The painting is unfinished.

I guess Trump decided not to pay this guy either.