It looks like it is time for Judge Sterling Johnson Jr. to take the exit door at the Eastern District of New York 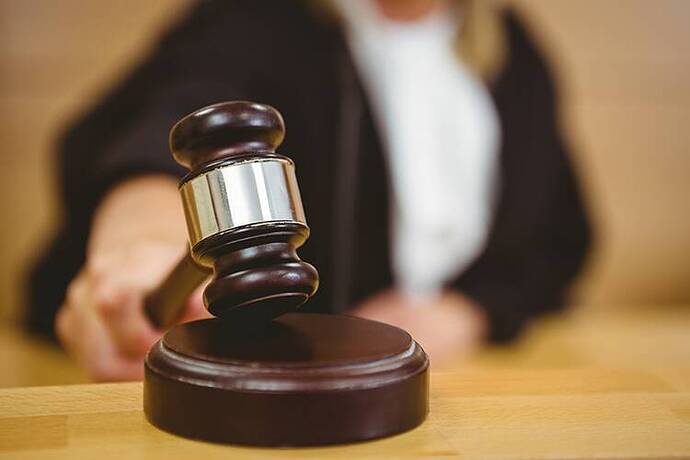 A federal judge who took nearly five years to adopt a magistrate judge’s report and recommendation for restitution failed to conduct a proper review before doing so, according to the 2nd U.S. Circuit Court of Appeals at New York.

Sterling Johnson Jr. is a Senior United States Circuit Judge of the United States District Court for the Eastern District of New York. He was appointed by GHW Bush in 1991 and took senior status in 2003. He is slightly over 87 1/2 years old.

But his day is over.

He has had numerous issues, particularly since about 2014, that indicate that it is time for him to hang up the gavel and either retire outright or take inactive senior status.

But the case at hand involves him failing, for fully 4 1/2 years, to review and act on the report and recommendations of a United States Magistrate Judge in a case and when he finally did act, he did not review the R&R properly, but summarily adopted it, saying so and so Magistrate Judge is a good judge.

On appeal, the Second Circuit vacated his judgement and remanded with instructions to assign the case to a different Judge.

Johnson was a good Judge at one time. But at 87 years of age, it is clear he is no longer capable of handling this job. He should go voluntarily and if he does not, his colleagues should badger him to go and if necessary, his caseload should be involuntarily taken away.

Particularly in a crucially important court like the EDNY, you can’t have Judges who are clearly mentally declining deciding cases.

We are getting rid of old fogey on the Supreme Court, might as well pressure the other to the exit door.

We are getting rid of old fogey on the Supreme Court, might as well pressure the other to the exit door.

Breyer at least is leaving while he is still competent to serve.

Fortunately, we have not had a Justice overstay his mental acuity since Thurgood Marshall, who served two terms past the point when he should have left.

And humans age so dramatically differently.

Wesley Brown served on the District of Kansas until his death at age 104, mentally sharp right up to the end.

On the other hand, we have had a couple of cases in the Eastern and Middle Districts of Pennsylvania of Judges in their early to mid 70’s having mental issues.

What really needs to happen is the Judicial Conference needs to require Judges to submit to mandatory yearly mental evaluations once they reach around age 70 to 75 and mandatorily retire them if they fail the evaluations.

You got that right.