We’re all in this together.

You can keep it up. Just good for future reference.

It’s not like it hasn’t already been done to death in Moochelle threads.

And who can forget all the cankles posts about Hillary.

That’s cuz Donald is doing it for her.

One of my Facebook friends just shared a post about Donald and Melania visiting Alabama. The comments are hilarious. People think Trump actually cares about the tornado and are accusing Obama of doing similar things just for show. One person even thanked God for giving us a god fearing man as president. 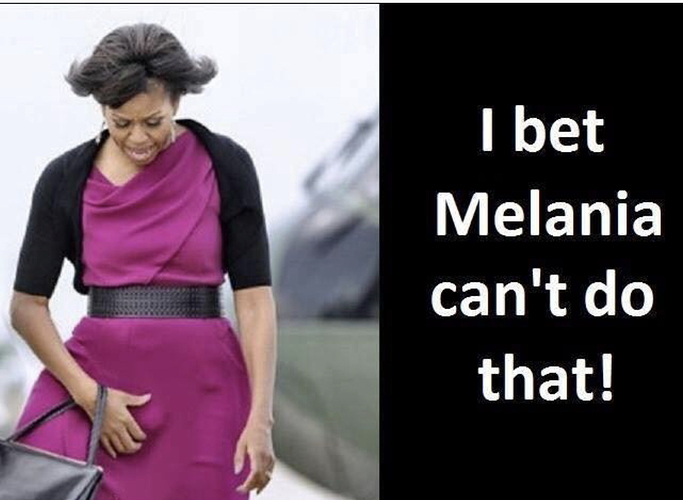 You know, one can click on your “posting”, and then hit “Search Google for this image” to see where that type of crap comes from. The sewer of the internet.

Thats the Fat Faced Double. Ive seen her before

It was supposed to be a light hearted thread, all in good fun, don’t be major buzzkill.

It was supposed to be a light hearted thread, all in good fun, don’t be major buzzkill.

Is it ok to post the Lesbian Pics of Melania as long as we attribute it and describe what is going on and provide a link? I love that stuff!

I guess we all have googled it at one point already

Im pretty sure Id eat 1K year ban. Just google it. Much safer( for me). We have all seen them anyway. I don’t really care for Russian woman (or guys for that matter)

She always looks so absolutely miserable. I wonder if the money was worth it all.

Yeah…and you only wish your lady friend looked as miserable.

Yeah…and you only wish your lady friend looked as miserable.

Her physical beauty isn’t really an issue. She has demonstrated she isn’t someone I would really want anything to do with.

She has demonstrated she isn’t someone I would really want anything to do with.

Really? I can’t say I’m that familiar with her but I’ve not seen anything derogatory. What is it in her past that makes you write her off? 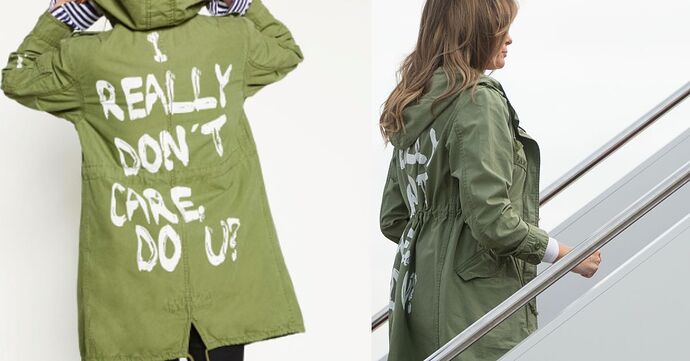 Melania Trump wears "I really don’t care, do u?" jacket on trip to migrant...

Her spokesperson says the $39 Zara jacket had "no hidden message," but Trump tweeted otherwise.

I didn’t. IMO she was pointing out that so many really don’t care about this until it becomes a political knife to cut the other side with. It wasn’t about the children. This would make sense when you realize that the “cages” were built under the Obama Administration but no one cared about them at that time. Did you make a stink about it? When I looked at the cages and why they were there, I understood them. They were children and they were being protected from the very people they were traveling with.

Well she is not American and you are. These two cultures clash. To them a smile meams your a jack ass. To us it means you are #winning. Yeah Russia went through some extremely difficult times afterr the Nation failed. Her prime. They were eating grass. Do they value the security of money more than Americans? Yes. They were literally dying in the streets. To them life is cheap