Is Roe V Wade going to be overturned?

This news alert just popped up and caught me by surprise: 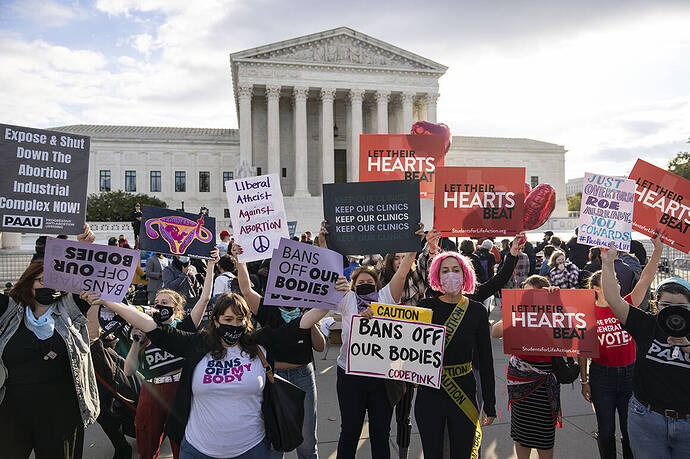 "We hold that Roe and Casey must be overruled," Justice Alito writes in an initial majority draft circulated inside the court.

Yes. Y’all about to reap the whirlwind.

Mother of all quandaries.

Roe and its progeny are all poorly reasoned and bad law.

On the other hand, its the only thing that has kept a lid on the crazies.

It would have been better if Roe had never existed and things had stayed in the Democratic process. Perhaps the country would not have become so extremely divided.

All that we can do now is establish abortion sanctuary States and methods to quickly get women to those States if they need abortion services.

And I seriously doubt the Chief Justice will join the majority.

Roe and its progeny are all poorly reasoned and bad law.

It would have been better if Roe had never existed and things had stayed in the Democratic process.

Very interesting perspective. What was the main reason why it became law in your view?

This news alert just popped up and caught me by surprise:

I hope this is true

back to the states…

Very interesting perspective. What was the main reason why it became law in your view?

It came in during an era when the court, while no longer as doctrinally liberal as the Warren Court, was still very activist. I am not sure why they thought it would be such a good idea to make such a sweeping pronouncement. Perhaps they were caught up in the women’s lib movement of the time. Hard to say what they were thinking to themselves.

On another note, if this was a Supreme Court law clerk who leaked this, he can kiss his career good bye if they find out who he is.

He will be fired and the Supreme Court will drop the wrath of hell on him.

Yes. Y’all about to reap the whirlwind.

Lasts gasps of the Republican party. If true, this will further fracture the party and country with it. It will be a pyrrhic and fleeting “victory.” No need to bother believing me or not. Just watch.

he’s a politician in a dress, he will side with whichever side he thinks will make the court more popular.

I don’t remember such a thing has happened. Leaks from the Supreme Court have not happened and whoever leaks this will most likely be disbarred according to Dershowitz.

in your little fantasy bubble i’m sure thats true

Watching Hannity all the experts he’s had on are shocked at leaking by someone within the Supreme Court. It’s never happened…

And that this is probably not the final decision…

Does this mean that we will be returning to Constitutional justice system/court?

is abortion suddenly going to be illegal?