Is it me or has nerd become normalized?

I remember when i was growing up, i used to be picked on/beat up for reading books with dragons and wizards on the cover.

No worries, we still made fun of the nerds when they went off searching the planet for pokè balls. lol

Nerds still get made fun of. It’s just that the definition of nerd has changed. 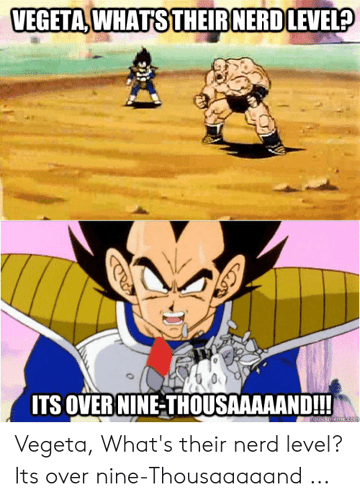 Well i would say computer skills are mostly necessary in todays economy. Majority of the baby boomers who cried wolf about kids on the computer, and not learning it themselves, are now paying me quite well to automate their middle man jobs away

I was one of those strange nerds. I was definitely a nerd. I played Japanese video games, watched anime, mastered Windows at a young age. Also played saxophone in the band.

But that was my personal time. I dressed like a redneck, liked my guns, knew my way around a tractor and most implements, spent most of the time helping my granddad keep the place up. I was known as the mixed guy with a farmers tan. Damn good soccer player.

I mostly kept my nerdiness at home. Except for Friday’s during middle school. I had to join the “real” nerds to trade Pokemon on the game boys.

I stopped being awkward about my nerdiness a while ago. I’m in my early 50’s. I fly quadcopters. RC airplanes. I was heavily into RC cars for a while. Flew multi-line stunt kites for many years. I have a nagging addiction to Minecraft. I have spent a lot of time learning a little bit about a lot of things. Basic astronomy. Calligraphy. Video editing. I’m very much into 3D printing right now. I cycle. I kayak. My only saving grace is I play a respectable guitar and have a non-offensive singing voice. Otherwise I’m happy to dive into Minecraft and pop The Simpsons on the TV and all is good.

I can remember playing D&D as a teen and keeping quiet about it around the jocks. Now it’s considered hip.

Why should anyone not hurting anyone or anything else with their pastime be shamed?

What is the draw of Minecraft? I’m not downing on it, honest question. I think I have a TV channel where all they play is some guys Livestream of Minecraft and it looks like a bunch of running around in Legoland. And the graphics looks dated as hell. But it is hugely popular. I have never played so that’s why I’m asking about what I am missing to appreciate it.

As far as the graphics go that’s intentional. It’s designed with a classic 8-bit look. Sure it’s goofy compared to a lot of the new nearly photorealistic games. But it seems to fit the simplicity of the game overall. I guess it’s appeal is that there’s really no point. The game is whatever you decide it is. Wanna build a soccer stadium? Do it. Wanna build a giant model of the Saturn V rocket? Do it. It’s a massive time waster. It’s the very definition of casual gaming.

Wanna try a game that is somehow interesting but based on the most non- video game premise? Try Viscera Cleanup Detail. You’re a guy charged with cleaning up battle maps after alien vs human skermishes. Yes. You’re given a mop, a bucket, and trash bins and you just clean. It’s ridiculous but somehow fun.

Why should anyone not hurting anyone or anything else with their pastime be shamed?

Shouldn’t be, but it happens. Also, back when I was playing D&D frequently it was considered Satanic, so that added to the negative stigma.