Is India the biggest remaining road block in China's path toward world domination?

India has a population roughly the size of China along with the a rapidly growing economy. Unlike China, it is a functioning democracy and has a long history of relatively poor relations with its northern neighbor that have included multiple border clashes going back to the 1960s.

In the last year these border clashes have reignited with China seizing disputed territory: 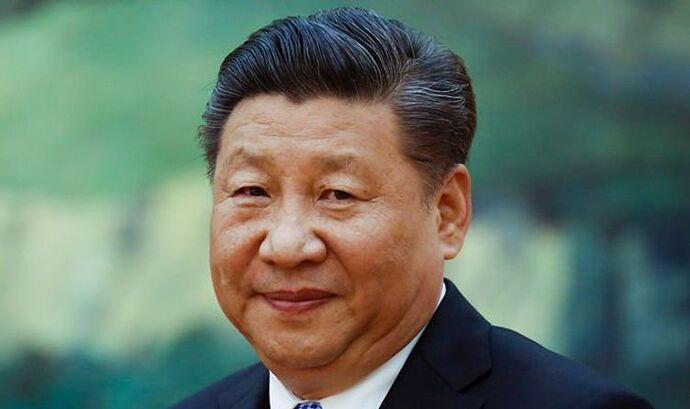 CHINA is refusing to withdraw from territory claimed by India, sparking renewed fears of conflict between the two Asain giants.

India appears to be responding to the increasing threat from China by beefing up is military, such as this proposal to buy a large number of tanks that would suitable for protecting India’s border with China:
Indian Army issues RFI for 1,770 ‘future tanks’ (janes.com)

Meanwhile it is clear that China has thoroughly infiltrated the US government, media, and elites. Tucker Carlson's Monologue on a Chinese Professor's Recent Speech Should...

Tucker Carlson airs a shocking video of a Chinese professor explaining decades of China's influence over America's political class. You should be concerned.

China continues to bully Australia with trade sanctions and threats of military attacks. CHINA has warned Australia it faces a missile strike if it comes to the aid of Taiwan in the event of war. The threat comes after Australian Prime Minister Scott warned that his country would be “f…

Is India’s greatest strength that has been relatively free of subversion by China?

Should the US develop closer relations with India to balance the increasing aggression from China?

Or are US institutions already so corrupted that such a change is even possible?

Hard to take an article seriously that can’t get the name of the Australian PM correct.

Do you have any comments beyond pointing out an obvious typo?

Obviously, the article was not proofread. Why would anyone take it seriously under those circumstances?

The US Supreme Court seems to have the same opinion when politically expedient; there are multiple typos in the US Constitution:

Errors in the Constitution—Typographical and Congressional

Fall 2012, Vol. 44, No. 2 By Henry Bain © 2012 by Henry Bain Americans love their Constitution, even with its faults. And it has surely had some faults during its more than two centuries—some big faults that have been remedied, like slavery and...

Yes, I think that closer relations with India make a lot of sense.

Historically the US has had closer relations with Pakistan and China as a way to counter the Soviet Union. The Soviet Union is long dead and China is about 10 times the size of Russia in terms of population and size of the economy.

It is time to move away from our 1970s mentality.

India and her people have great affection for the US.

It is a match of destiny.

In my personal life I have met hundreds of immigrants from every corner of the world and the Indian people are some of the very best.

This is shimmering nonsense.

Yes. And with the implosion of Hollywood under Chinese censorship and hyper-wokeness, Bollywood makes better movies.

He was trying to make nicey nice with yet another despot. Its like you guys like that sort of leadership or something. Another strongman

They have an authoritarian in power. Voted him in and everything.

That’s who trump was being nice to.

A murderous holy warrior, no less.

India is the world’s largest representative democracy. China is the world largest and most powerful Communist dictatorship.

Asia is going to dominate the 21st century as countries approach per capita economic output similar to that of Europe or North America. India’s population is roughly the same as that of the North America, Europe, Russia, and Japan combined. The same is true for China.

If the US is destined to face foreign domination, I’d take India over China any day.

Name the ways Trump actively grew an alliance with India and name the ways Biden is now squandering it.

Try and do it with a little more than 294 characters.

Modi is a monster and the BJP are Hindu nationalists descended from a very, very unpleasant group called the RSS. They enjoy massacring Moslems for not being Hindu and assassinating their political enemies.