Editor's note: CNN has launched the Meanwhile in China newsletter, a three-times-a-week update exploring what you need to know about the country's rise and how it impacts the world. Sign up here.

Should CNN be forced to register as a foreign agent for its fawning coverage of their favorite president?

Or does its obvious domination by US intelligence agencies show it is really under their control?

15 Former Spooks Who Work At CNN And MSNBC Now

CNN added to its deep roster of former FBI and CIA officials-turned-analysts on Friday with the hiring of Andrew McCabe.

Should CNN be forced to register as a foreign agent for its fawning coverage of their favorite president?

Article describes a communist centennial that will be used to check party loyalty, suppress dissent and then history checks party failures like tiananmen square and points out their current energy and pollution crisis. What’s the fawning?

Even the headline is a jab at xi.

Then what about spooks?

Yes, I agree. I think that CNN is under greater control from the US intel agencies, but it certainly include praise for President Xi and the Chinese Communist Party:

. . .for weeks state media has been saturated with images extolling the virtues of the party and its numerous successes. Much of the capital, meanwhile, has come under heightened security, for what is expected to be a large-scale celebration of the party’s history, replete with fireworks and a speech from China’s top leader Xi Jinping.It’s likely that large parts of the day’s events will focus on Xi, arguably the country’s most powerful leader since Mao, and his vision for the country. President Trump is as popular as he's ever been right now

Here's an indisputable fact: President Donald Trump is as popular today as he has been since his first day in office.

There is a certain dismissal of going to far to the left in the west in general imho. We all got the memo fascism is bad less so on communism.

The OP should give credit to where he saw “Xi-N-N.” 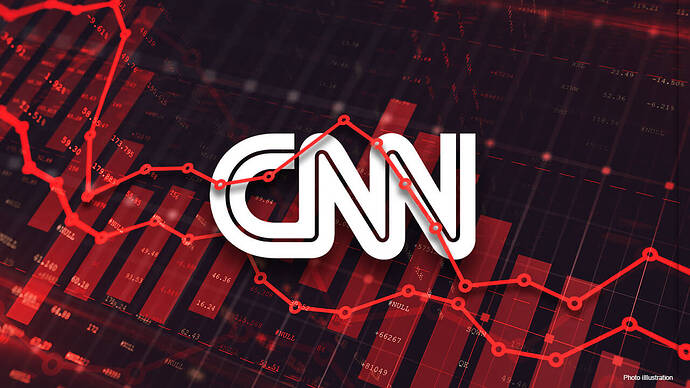 That’s what Xi said: CNN is once again being dubbed the "China News Network" after publishing a glowing report on the upcoming 100-year anniversary of China’s Communist Party that set Twitter ablaze on Wednesday.

what can ya do?

No we don’t. But thanks for asking.

"On another, however, Trump’s high approval ratings for how he has dealt with coronavirus and how he is handling the job more broadly might well shock people who have been keeping close track of his and his administration’s performance on the pandemic.

After all, it’s quite clear that the administration simply didn’t take the threat of coronavirus seriously enough soon enough. And the testing capabilities for coronavirus in the US were decidedly slow. And Trump’s public statements have been marked by inaccurate claims (the test is “perfect”, the vaccine is coming fast, etc)"