IndyCars - Indianapolis: NASCAR and IndyCar share the track at the Brickyard

.
This weekend is the only event of the year that will feature both NASCAR and IndyCar racing at the same venue and on the same track, as we do… 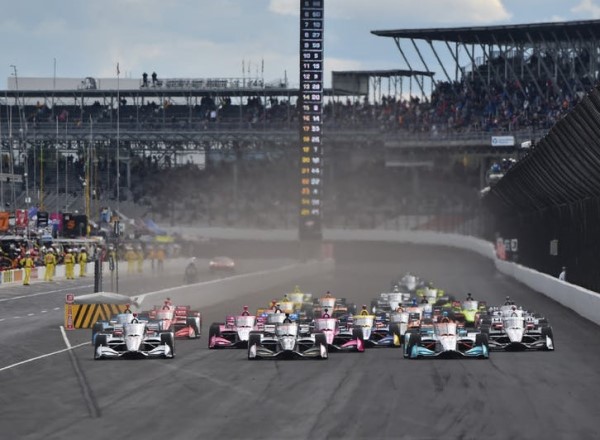 Right before the Xfinity race on Saturday, the IndyCars will do the Big Machine Spiked Coolers Grand Prix - 85 laps on the Road Course and clearly the fastest race of the weekend. There will be no less than 28 cars in the race - the biggest IndyCar field, besides Indy 500s, for over a decade.

.
.
.
The 2.439-mile, 14-turn Road Course incorporates portions of Turns 1 and 2 and the front straight of the IMS oval and the remainder of the circuit is within the infield. Originally designed for the Formula One US Grand Prix, the circuit has great passing opportunities at the ends of both straights, but a heart-breaking Turn 1 that has challenged the skills of every driver in the race, trying to make the corner amid a gaggle of cars, all believing they can make up spots there. 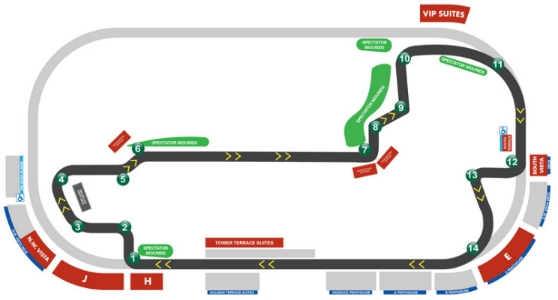 .
Friday afternoon at Indianapolis - the IndyCars hold their P-1 session…

.
This is the first practice of the weekend and really the only practice the teams will have before qualifying, later tonight. Luckily, most of them have data from the Indianapolis GMR Grand Prix in early May that should still largely translate.

.
Here was the order of speed for the IndyCar P-1 practice, with times for the TOP FIVE: [R] denotes rookie 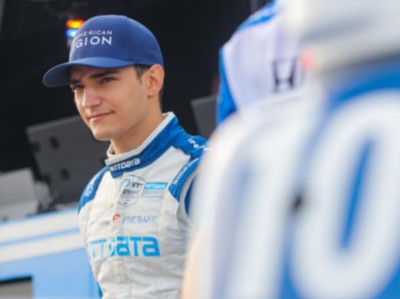 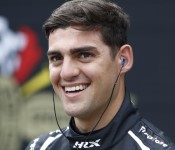 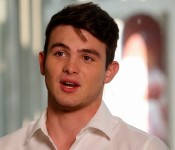 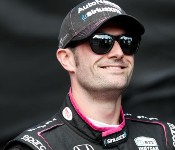 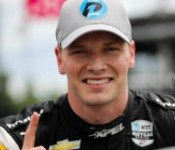 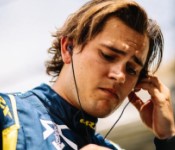 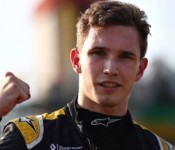 .
.
.
IndyCar qualifying will be broadcast on NBC-SN starting at 7:00pm EASTERN time tonight.

.
Friday evening at Indianapolis - The IndyCars are qualified…

.
…for tomorrow’s Big Machine Spiked Coolers Grand Prix. Instead of a regular Firestone Fast Six qualifying, with three sessions, this was a Firestone Fast Twelve, with just two sessions, but it was just as fun to watch everything happen in the last few seconds.

.
Here is the way the IndyCars qualified for Season Round 12, with times for the TOP SIX: [R] denotes rookie 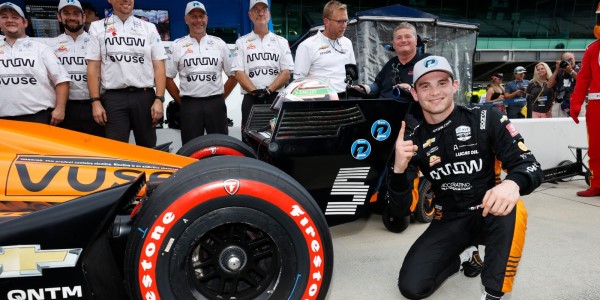 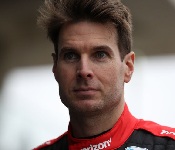 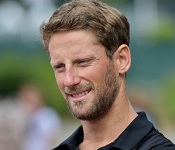 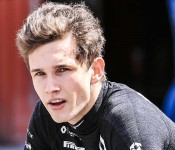 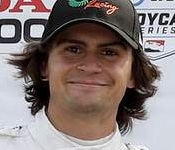 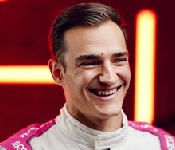 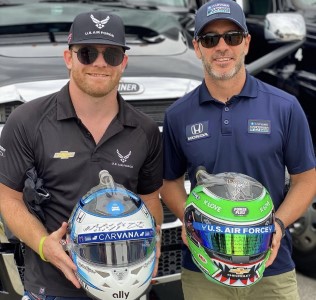 .
.
.
The race is scheduled for broadcast on NBC-SN on Saturday, starting at 12:30pm EASTERN time. Prior to that, there will be a short early-morning warm-up, featured on Peacock at 8:45am EASTERN time.

.
A post-qualifying practice is known as a “warm-up” and it is always difficult to gauge its worth, as a fan. One never knows what the team and driver were trying to accomplish, out there. The program could be to find more speed that was lacking in qualifying, or possibly to verify a great race trim set-up - entirely different from qualifying trim. Maybe they were checking tire wear for the different types of tires, or fuel mileage.

That’s why the fastest qualifiers are often slow in a warm-up. Outright speed is not what they are going for. They already know they are fast. Still, the fastest guys in the session are certainly capable of speeds in the race.

.
Here was the order of speed for the P-2 practice, with times for the TOP FIVE: [R] denotes rookie 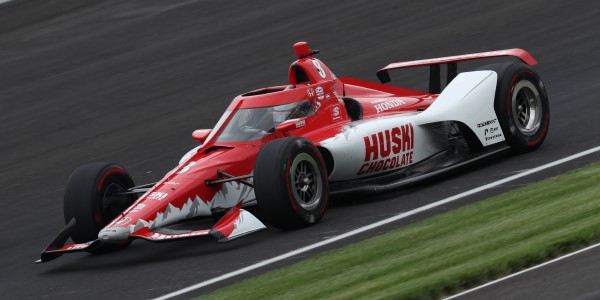 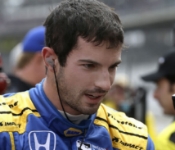 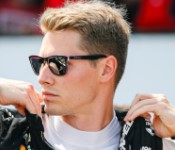 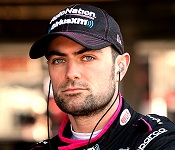 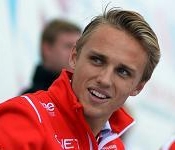 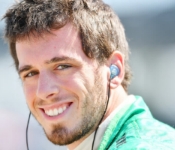 .
Marcus Ericsson - on a roll 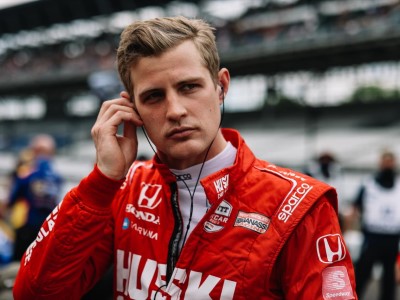 .
.
.
The race is scheduled for broadcast on NBC-SN on Saturday, starting at 12:30pm EASTERN time.

.
Saturday afternoon at Indianapolis - Will Power remains the King of the Road Course…

.
The driver of the # 12 Chevrolet for Team Penske finally collected his 40th WIN of his career today with his first WIN of 2021, as he dominated the Big Machine Spiked Coolers Grand Prix, from his P2 start. P2 from his P3 start went to rookie Romain Grosjean for Dale Coyne Racing w/ Rick Ware Racing - his 2nd P2 of the season, the first being here as well in early May at the GMR Grand Prix. Coming in P3 from a P5 start was Andretti Autosport’s Colton Herta, redeeming himself for his late-race errors at Nashville, last weekend. 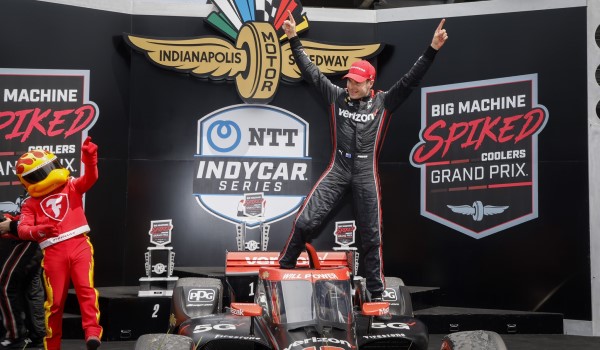 .
.
.
Pole-sitter Pato O’Ward for Arrow McLaren SP ran in front for the first stint of the race but after the first round of pit stops it was Power all the way and only a matter of how well he would win, with the ebb and flow of traffic in front of him. After the Nashville wreck-fest, it looked downright civilized out there with very tight and contentious racing and even a bunch of rubbing, but the only yellow caused by contact was the last one, when Scott McLaughlin for Team Penske hit Rinus VeeKay for Ed Carpenter Racing in the rear and spun him around. .
.
.
Your happy podium - That’s Romain Grosjean on the left in P2, Will Power in the middle in P1 and Colton Herta on the right in P3: 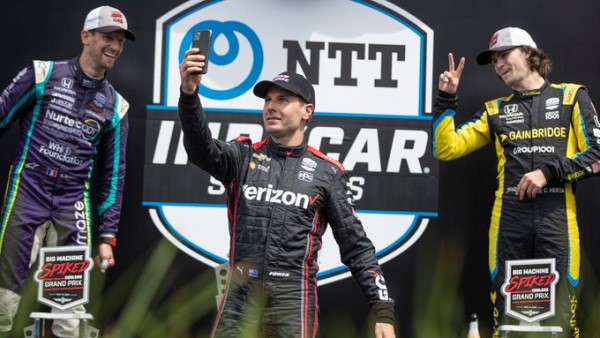 .
.
.
With this result here are the TOP FIVE in points leaving Indianapolis:

.
.
.
Next up for the IndyCars will be the last oval of the season as they do the Bommarito Automotive Group 500 at World Wide Technology Raceway - akak Gateway - next weekend.