IndyCars - Birmingham: Grab your mint juleps and set a spell

.
There are not a lot of changes, this week, and only one new car on the grid to spot.

.
Josef Newgarden drove the white and blue PPG Paint car at Austin but has jumped into the black Fitzgerald car for Barber, with green accent stripes:
.

.
.
.
Santino Ferrucci is stuill in the stunning all-chrome David Yurman car, but the “David Yurman” on the sidepod is back on a black background, instead of the red they used at Austin: 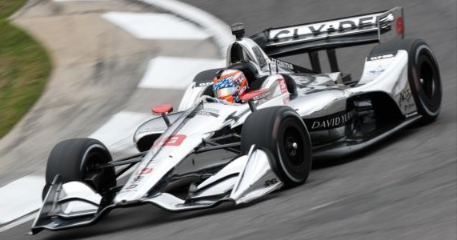 .
.
.
Ben Hanley is doing Barber as his 2nd of five races this season, after skipping Austin. His car looks as it did at St.Pete. It’s mostly white with a blue banner with white stars and “Rembrandt Charms” emblazened on the sidepod:

.
.
.
Colton Herta was in a black, white and blue car at Austin and St. Pete with no sponsorship but after his Austin victory, Colton picked up GESS as a sponsor for Barber and Long Beach, at least. The car is red and white with green lettering:

.
Sunday morning at Barber - the F3 Americas gang hold their Race 2 of the weekend…

.
…and taking the WIN in his 2nd F3 start was IndyCar driver Dakota Dickerson for Global Racing Group who led the whole way from pole. P2 was teammate Benjamin Pedersen, the WINNER of Race 1 and P3 went to rookie Kent Vaccaro for Momentum Motorsports.

.
Dakota for the WIN 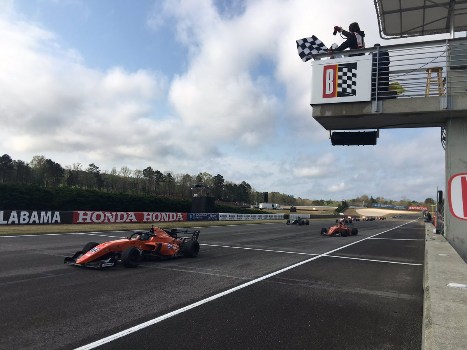 The track was wet from a morning rain, though the rain had sopped. The race was started on rain tires. Within a few laps the track was drying and the first in to switch to slicks was Mathias Soler-Obel for Velocity Racing Development. As the series doesn’t normally do pit stops the stop took time and Soler-Obel dropped to the rear of the field in P13.

The leaders opted to stay out on wets for that reason, though the tires were going away, quickly. Soler-Obel began quickly to make up spots and that prompted others to go for the slicks. Eventually, half the field was on slicks but most of them were at the tail end, trying to heat them up. During this time Kent Vaccaro was able to pass Jacob Abel for Abel Motorsports to take P3. Both were still on wets.

Sophomore Baltazar Leguizamion for GRG went for the slicks and it ended up biting him, as on them he slid off on the still-damp track in Turn 5 and buried himself in the kitty-litter. That was on lap 16 and it brought out a full-course caution. That was too close to the end to clear up in time to go green and the race ended under yellow.

.
.
The podium guys, left to right - Dakota Dickerson in P1, Benjamin Pedersen in P2 and Kent Vaccaro in P3: 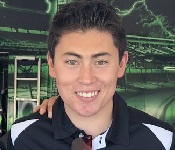 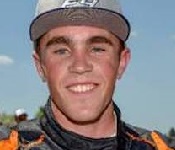 .
.
.
The next weekend for the F3 Americas gang will be at Road Atlanta, April 18-20. Next, the Porsche Cup boys hold their final race of the weekend…

.
…and when it was over the results were the same as Race 1, with Canadian Roman De Angelis for Kelly-Moss Road & Race WINNING by an even wider margin than yesterday, Texan Riley Dickinson for Mooorespeed coming in P2 and Canadian IndyCar driver Parker Thompson taking P3 for JDX Racing. 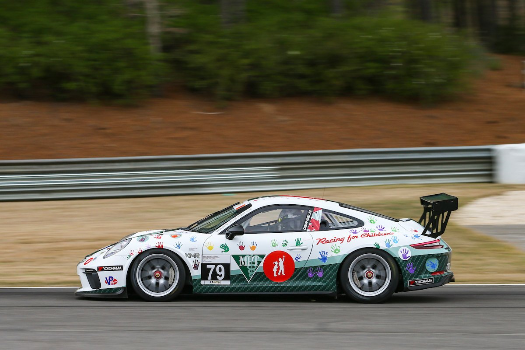 .
.
.
De Angelis started on pole again and once again took off at the start. He would simply and flawlessly leave everyone. The battle for P2 also didn’t last too long, as Riley Dickinson from a P2 start emulated Roman and slowly inched away from Parker Thompson in P3 until he too was out of sight.

Thompson would have to battle hard to keep P3 all the way to the end, first assualted by Maxwell Root for Wright Motorsports and later by teammate Jeff Kingsley. Root would get by him in Turn 3 on lap 1 but Parker would recoup the position by the time they were through Turns 8 and 9. Kinglsley spent the last few laps nose-to-tail on the Road to Indy ace and Parker only held him off by 0.424 seconds at the line. 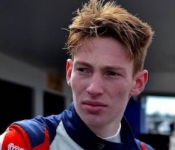 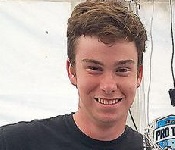 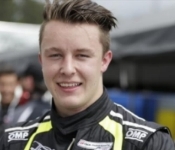 .
.
.
The next races for the Porsche GT3 Cup Challenge USA gang will be at the Acura SportsCar Challenge at Mid-Ohio, May 3-5. Next the Lamborghinis Super Trofeo do their last race of the weekend…

.
Sunday afternoon at Barber - the Lamborghinis hold their final race…

.
…of the weekend an the WINNING car overall and in class was the Pro class # 29 for Change Racing, driven by Corey Lewis from pole and finished by Richard Antinucci. P2 was the Pro class # 34 car for US RaceTronics, driven by first D. Bryce Miller and last by Patrick Liddy. P3 overall was the Pro/Am class # 09 car for US RaceTronics, with Damon Ockey starting and Road to Indy ace Jake Eidson in at the finish. This car also WON their class. 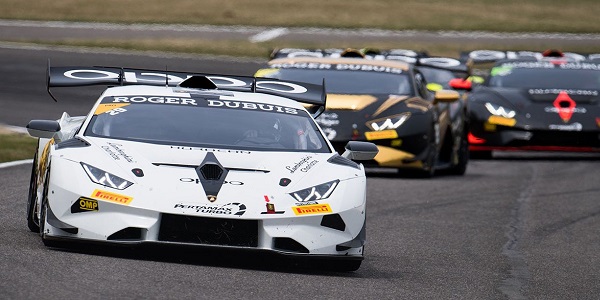 .
.
.
The race started with Dennis Lind in the Pro/Am class # 94 for P1 Motorsports going from P3 to P1. He lead until the first pit stop, when he handed off to co-driver Brett Meredith. The pole-sitting # 1 car for Prestige Performance went out with an engine fire with qualifier Sandy Mitchell driving, at the time.

After the first pit stops Richy Antinucci took over for Corey Lewis and took the lead from Meredith. He would keep it the rest of the way and with authority. Patrick Liddy took P2 eventually and did all he could to keep Antinucci in sight but still ended up 18 seconds back at the finish.

When Jake Eidson got in the # 09 he chased down the # 94 car with Brett Meredith driving and finally took him for the P3 spot with just minutes to go in the race. Am class driver McKay Snow also got by Meredith as well, in the # 63 for Change Racing. 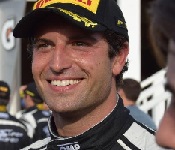 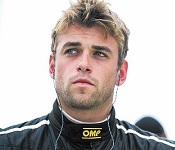 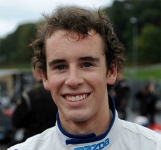 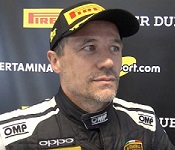 .
.
.
The next weekend for Lamborghini Super Trofeo is at Watkins Glen, June 28-29, in support of the Sahlen’s Six Hours of the Glen endurance classic. Next up, the IndyCars race!

.
The IndyCar race - Takuma Sato dominates to take his 2nd WIN in 5 outings…

.
Pole-sitter Takuma Sato for Rahal Letterman Lanigan led most laps today and looked unassailable for the entire time doing it, WINNING for the fourth time in his career and the first time since his WIN at Portland near the end of last season. P2 - for the sixth time at Barber - was Scott Dixon for Chip Ganassi while P3 went to Sebastien Bourdais for Dale Coyne Racing w/Vasser Sullivan. 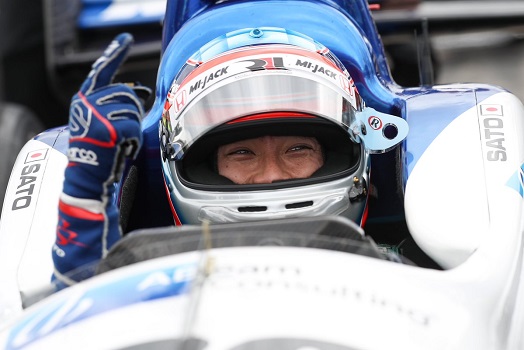 Takuma led for 74 of the 90 laps of the race. The only time he was out of the lead was during pit stops and a breif period when Sebastien Bourdais on two-stop strategy led. Teammate Graham Rahal was with him early but eventually suffered electrical gremlins that had him go down and eventually stop on course, bringing out the only caution of the day.

As usual with Barber, there was a great deal of action on the track but it was all behind Sato. His only error occured late in the race when he went off course in Turn 8 while leading, but he recovered in the lead and even put a slight gap on Dixon at the end.
.
.
Takuma goes off-roading:
. 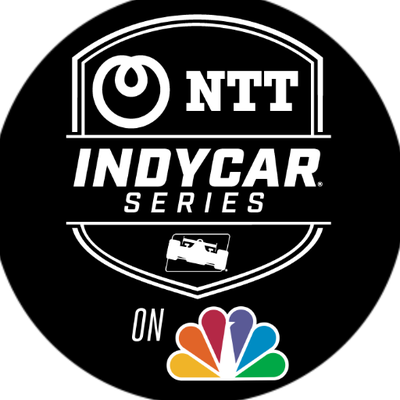 Takuma Sato is giving it everything he's got to try and win this race! @INDYCAR @RLLRacing https://t.co/RMziCmGRuL 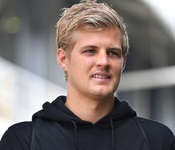 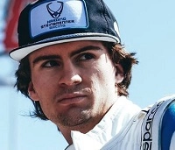 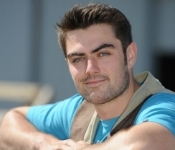 .
.
.
With this result, here are the TOP TEN in points leaving Barber:

.
.
.
The next race for the IndyCars is the Acura Grand Prix of Long Beach, next weekend, April 12-14

.
.
.
As with both St. Pete and COTA, this one had something going on almost every minute, somewhere on the track. There was just too much to watch.

I’d want to watch the race while sitting on the Giant spider in this picture.

If I was rich, I’d have a butler bring me snacks. I guess I’d have to make
sure there were steps so he could bring the stuff up. lol.

The facility is covered with giant sculptures like that. it’s a welcoming and unique place.

as long as it was safe to do so, I’d want to watch the cars go by,
while taking turns sitting on each of the sculptures, if possible. lol.

You would be thrown out. But you can walk among them, freely and there are a bunch of different ones there.

Have your picture taken with 'em!

It would be cool looking at them in person. I bet a lot of time went into
making them.

I’d take pictures of them, and with them.