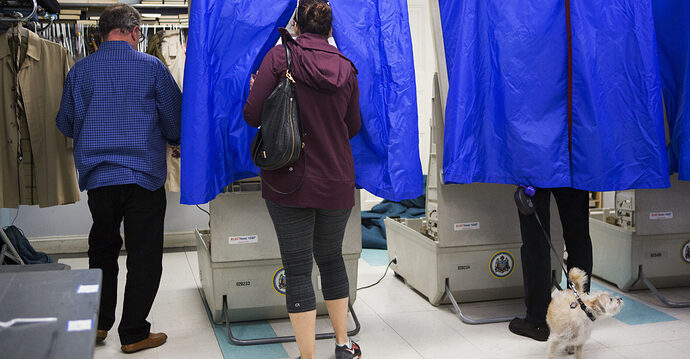 He is the second Democrat charged with voter fraud conspiracy, and more charges appear likely.

This is quite the blast from the past.

Long ago Congressman Michael “Ozzie” Myers has been indicted on various counts of voter fraud, conspiracy, etc. in Philadelphia by the United States Attorney for the Eastern District of Pennsylvania. This is part of a major epidemic of vote fraud in Philadelphia. For you young-uns, Myers was expelled from the United States House of Representatives in 1980 for his involvement in the Abscam scandal. He was and is one of the biggest dirt bags in the history of politics.

If he is convicted, this should finally put him away for the rest of his miserable life.

Root it out to the last tentacle and burn them at the stake.

Anyone committing any offense related to voter fraud/registration fraud, is destroying the faith in our electoral system.

When there’s no more faith in it, there’s nothing left to keep The Republic, or even the State’s together other than brute force.

Anyone committing any offense related to voter fraud/registration fraud, is destroying the faith in our electoral system.

When there’s no more faith in it, there’s nothing left to keep The Republic, or even the State’s together other than brute force.

Agreed. But I resile from the burning at the stake idea.

You made me look up a word, congrats.

I’m not so sure I’d go for “burning at the stake” literally but I want the most severe punishments available for these crimes anytime they are found.

Well, I agree with you there. When there are no consequences, evil is emboldened and ramps up to the next level.

I’m even past that point Paul. Some crimes are egregious because of the public outrage such as child molesting and racially motivated murders.

Undermining the most basic and fundamental foundation of our nation, faith in the electoral system is to me even more egregious because it is the only thing to keep us together as a nation other than brute force.

In many cities around the country right now violent crimes such as shootings and murders are up from 50-200% and it’s only going to get worse as we go into November.

Democrats are doing all they can to stoke fear in the populace that Republicans are going to try to steal the election by denying minorities voting rights, particularly blacks and even a hint of voter or registration fraud fuels anxiety even more which virtually guarantees even more violence no matter the outcome of the election.

How do you feel about those saying there’s fraud and the elections are rigged, while offering no proof? Are they undermining faith in our election’s as well?

We know there is fraud, it isn’t even arguable. How much and how wide spread it is, is all that remains in question.

With mail in ballots it’s all but impossible to even determine and the same without Voter ID with biometrics.

Right now all we’re even able to catch are the most obvious acts committed by the dumbest of participants.

We know there is fraud, it isn’t even arguable

Do we? On large scale that would actually effect the outcome of an election? I believe there was a commission set up and they found nothing, so it was disbanded.

Did the commission find fraud or not?

How was it going to find fraud when the states refused to provide them the data to examine?