In case you missed it, Dem's voted to keep the shutdown going . . .

No cracks. They said they’ll negotiate about a wall after the government is reopened. That’s exactly what Pelosi has been saying all along.

It’s the exact opposite! Nancy was honest for once in her life and said NO she would not fund the the wall even after President Trump reopened the government. So under those circumstances why the hell would he?

And really ENOUGH with these never ending CR’s! Congress needs to get their rumps in gear and present an actual annual BUDGET to the President for signature and no more of the short term “continuing resolution” leftover crud from the previous Administration.

And with that…I can now exit this thread…

I totally agree with NO MORE CRs! ALL members of Congress need to stop thinking about their longevity in office and do their DAMN job! Not to mention, uphold the oath that they swore: To defend this U.S. Constitution and the Citizens therein. Yes, I know, not a word for word rendition of the oath but essentially what they pledged to do! It is NOT their job or OUR job to protect ILLEGAL ALIEN INVADERs and their offspring!

So under those circumstances why the hell would he?

First of all, thanks for admitting it’s Trump that’s stopping the government from being open.

Pelosi said she wouldn’t trade opening the government for a wall. She shouldn’t. That’s now how you negotiate. Open the government, then they can work out a deal. No one should be able to get away with using the well being of federal workers as a bargaining chip.

Dems just need to stop obstructing and give into Trump’s demands.

So…we got the payment from Mexico? Because that’s what tiny donnie said was going to happen.

The Leader of the Free World!

You will, either give him his wall or watch the federal leeches suffer.

Why don’t you want quality govt?

serious question, but what’s wrong with Chuck’s left eye, and Nancy’s turrets with her mouth?

I think that they project so much. They talk about fear, and yet that is
on of their main tactics in general. Weather it’s through terrorism and Anarchy,
or a bad economy, drugs, open borders, Anarchy, Sexism, Racism cards.

Did anyone else notice that they have several American flags in the background?
Isn’t this nationalism? They’re isms projecting onto their own Party of Democrats,
that we should put other countries before our own. They say we shouldn’t be proud to be American’s because that wouldn’t be right.

Pelosi talks about how Trump supposedly is hurting Vets during the shutdown,
and yet people like Cortez(a far left wing Liberal Democrat), wants to Abolish Ice.

Pelosi, don’t you think that it’s counter productive to have sanctuary cities in America that protect Terrorists, rapists, drug lords, and murderers? owe and illegals also?
I’m just saying. Cause you brought up being counter productive.

I’ll let you know what a “manufacturing crisis” is! It’s when there is a slush fund where tons of Democrat Politicians use freely after molesting or raping a woman, and yet Democrat supposedly stand for women’s rights! Well, the far left might say, “well the Republicans use it also.” If they do, then shame on them as well, but at least they don’t rape women and molest them, and then turn around and act like they care about them through activist groups simply to manipulate women to get their votes. Basically, you’re laughing at women in their faces overall. And taking advantage of their intelligence overall by doing this.

That’s not opening the govt, that’s a bandaid fix to pay the workers.

The house (as you well know) sent govt opening, full funding passed bills to the senate where they died on the vine.

So pretty much nothing in the OP was true.

There’s a word for that.

So pretty much nothing in the OP was true.

There’s a word for that.

And the poster’s name that shall not be mentioned.

One D voted against passage of the bill, and ten Rs voted FOR passage. It was passed easily, finally putting the nail in the OP, which was so thoroughly wrong it was actually impressive in its inaccuracy.

That’s right! Give the toddler everything when they throw their tantrum. Everything always works out in the end if you do that!

It does make you wonder what kind of guidelines parents have.

You will, either give him his wall or watch the federal leeches suffer. 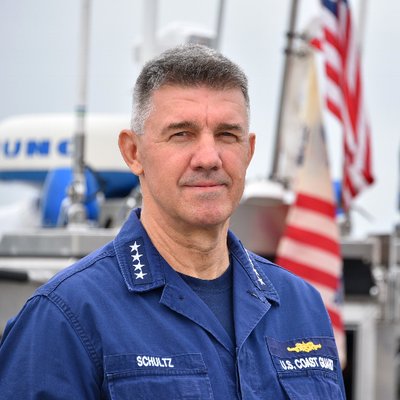 Your Coast Guard leadership team & the American people stand in awe of your continued dedication to duty, resilience, & that of your families. I find it unacceptable that @USCG members must rely on food pantries & donations to get through day-to-day life. #uscg https://t.co/TZ9ppUidyO

Some of leeches to which the above poster is referring. In addition to the Secret Service, FBI agents, CBP agents, and ICE agents.
.
.
.
.
.
To the men and women of the Coast Guard being held hostage by Trump, my sincere condolences.

There are quite a number of problems with your post.

During the Obama Administration, Mitch McConnell knew that the presidents gets the blame for most things whether it’s their fault or not. Why should Democrats give into Trump’s demands and end the shutdown when his approval numbers are getting lower and lower as long as it continues?

Still waiting for the OP to correct the headline and the post.

McConnell blocks bill to reopen most of government