How Many Promises Trump Made Can You Think Of That He Kept?

Taxes and Gorsuch, that’s all he’s done and neither of them he planned or implemented.

He’s run the country like he ran his businesses; massively in debt and corruptly

He built that wall.

We can say Merry Christmas again.

He did promise to Make Affairs Great Again.

Yes, I was thinking about that (saying Merry Christmas) again this morning.

He’s hired only the best

Yes, I was thinking about that (saying Merry Christmas) again this morning.

Duck. That was the funniest thing I’ve seen you say. I felt that deserved more than just a like.

I can completely imagine a version of you waking up in the morning every day saying “Merry Christmas.”

Thanks. I like comments from liberals, that are funny.

I guess that’s where he failed.

He put Hillary Clinton in jail. I can only assume that’s where she is because I never hear about her anymore.

We can say Merry Christmas again.

The wall hasn’t “been started.” Trump promised that Mexico would pay for the wall - it hasn’t and won’t.

Trump promised to balance the budget - he’s so far done exactly the opposite.

You forgot his idiot promises which he has kept: pulling the US out of the Iran nuclear deal, and out of the Paris Climate Accords (though not yet taken effect).

Where’s your proof that it cost that much money? 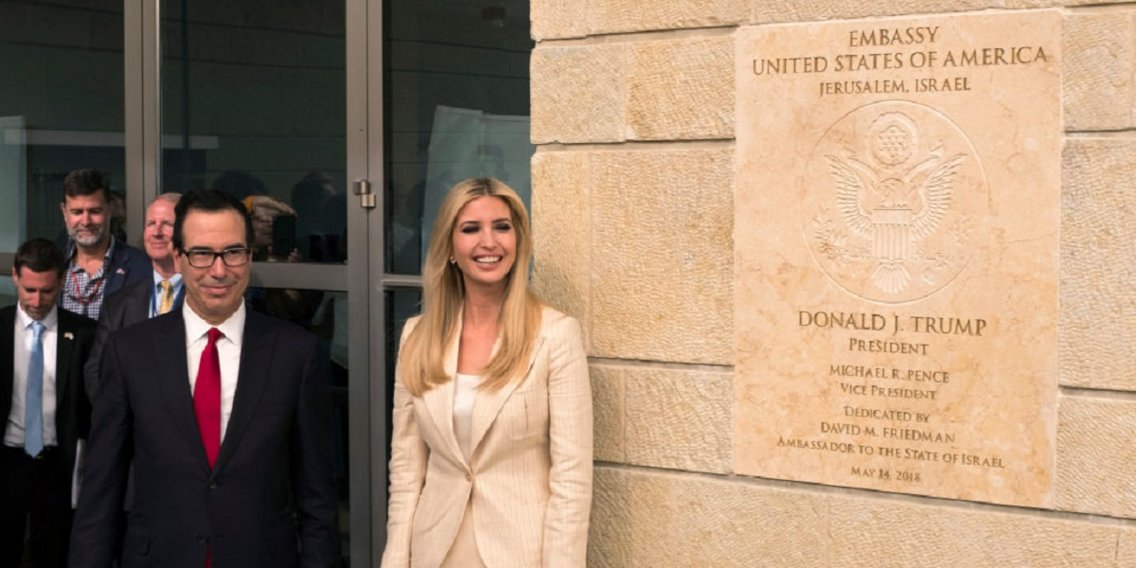 The new US Embassy in Jerusalem will cost nearly 100 times more than what Trump...

The new US embassy in Jerusalem will cost $21.2 million to construct — nearly $20 million more than President Donald Trump estimated in May. The new cost comes from State Department documents that awarded the contract for upgrades to the building.

He promised that libs would go nuts.

Israel is our best ally. They have weapons that would keep us & them safe if we need them. Plus they are God’s people & He will bless those that bless Israel.