How hypocritical is it to claim you want strong borders if you're going to allow this?

We live in a world where the phrase “on the midst of a global pandemic” has become an anchor dragging all of our lives down…we know there is always a terror threat…we already have legal American citizens who can’t find jobs. A nation without borders is not a nation…

Is there really any argument now that TODAYS Democratic party actually gives two ■■■■■ about the border. They will let in ANYONE who walks up to the border and says the these two magic words “asylum seeker” into the country. Cleary there’s no means to vet all (if any) of these people. We could literally have people with all sorts of criminal backgrounds literally being place in cities across the country day after day and no one would even know.

The tens and perhaps hundreds of thousands of “seekers” are the next block of Dimbulbcrat voters. They’ll receive all the handouts, be dependent and come election time be promised all the hopes, lies and BS the Dims trot out like clockwork. Forget eligibility or legality of these new voters, HR 1 seals that problem.

It’s pretty difficult for the libs here to make the case that we have strong borders or that the Dems are for strong borders when all ANYONE from ANYWHERE has to do is say “asylum seeker” and as easy as that be granted free passage into the country. All the smart technology in the world is impotent to those two magic words.

Illegals? How many show up for their hearings for citizenship?

It depends of who you believe. Here’s a couple of links that say most do not: 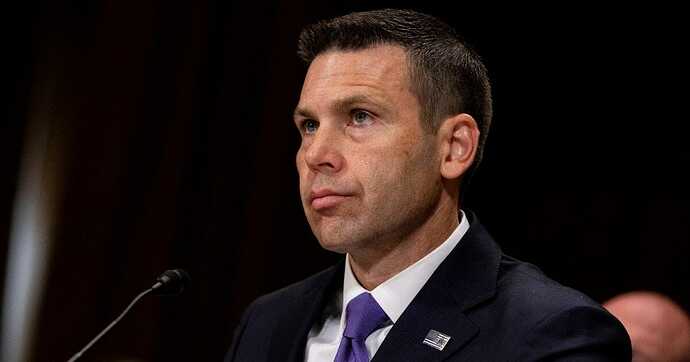 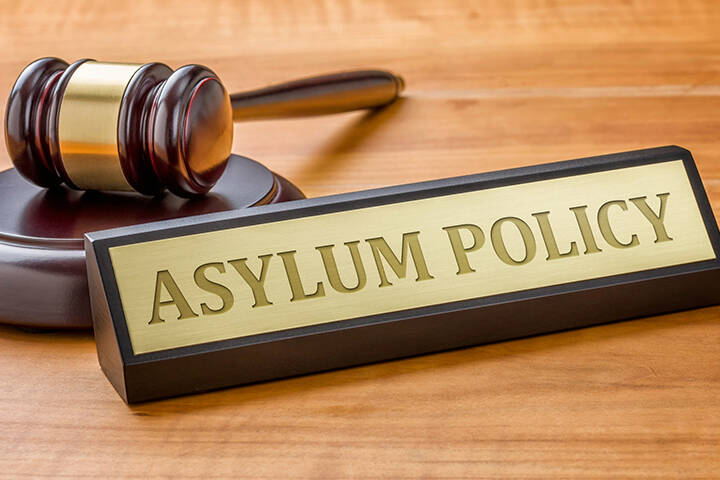 A claim that 96% of asylum seekers dutifully appear for their U.S. immigration court hearings is an encouraging bit of news. If it was true.

I’m making an observation. Do you disagree with my observation? Can you see another way Democrats could be dislodged before 2022?

I think that any talk about military intervention in our politics is not warranted. I was appalled that there was anybody in Trump’s orbit who was discussing the use of marshal law in order to maintain the white house.

What are you proposing?

I’m making an observation. Do you disagree with my observation? Can you see another way Democrats could be dislodged before 2022?

Why on earth should they be “dislodged” before 2022?

Not to many Democrats it doesn’t.

I think the progs knew all along. There are some big government dems who may not have realized it. Or they’re willing to make the trade off.

The infamous gumball video. I wish more people grasped this.

I haven’t checked his math, but that’s a really good illustration.

I think the progs knew all along. There are some big government dems who may not have realized it. Or they’re willing to make the trade off.

Are you talking about the progs on this forum? Because in past discussions they have argued vehemently that Democrats don’t want open borders.

Are you talking about the progs on this forum? Because in past discussions they have argued vehemently that Democrats don’t want open borders.

For real. I’ve never seen that video before.

Helps put things into an easy to grasp perspective.

Only when they aren’t flat assed lying…

Many of today’s Democrats politicians do, just not openly: 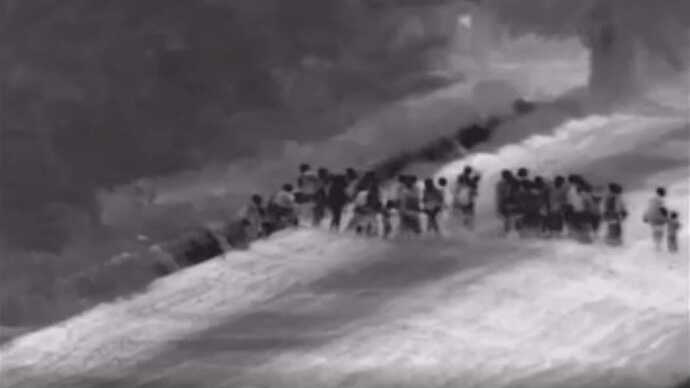 Do Democrats really believe in open borders? It's starting to look that way

Republicans have long falsely claimed that Democrats believe in open borders. But lately, that's starting to have the ring of truth.

There’s also plenty on the left who openly advocate for it: Forget the wall already, it's time for the U.S. to have open borders

The solution to America’s immigration problems is open borders, under which the United States imposes no immigration restrictions at all.

You can find plenty more articles just like this.

I’ll avoid the obvious opportunity for the cheap shot a the sanity of the left here…Other than to say that socialist Democrats actually do see open borders as their idea of a “sane immigration policy.”

Here are some comments from a Democrat, Henry Cuellar, who represents a border district in Texas. " Rep. Henry Cuellar (D-Texas) told Axios on Saturday that the new administration’s more lax illegal immigration enforcement measures could end up hurting American businesses, emboldening drug cartels, and leading to greater spread of the coronavirus, overwhelming local hospitals. “You just can’t say, ‘Yeah, yeah, let everybody in’ — because then we’re affected down there at the border,” Cuellar told the news outlet. Cuellar reportedly expressed concerns that smugglers and bad actors would use the shift in immigration policy to expand their dangerous and illegal operations. “The bad guys know how to market this,” Cuellar said. In other words, it doesn’t matter what Democrats try to say they want. What they are giving us is open borders. 117,000 unaccompanied minors are expected to hit that border this year, almost four times the number from last year. Border Democrat blasts Biden’s open borders immigration policy: ‘The bad guys know how to market this’ - TheBlaze

Here’s an analysis that came out during the election. What the Democrats’ open borders policies really mean (noqreport.com)

" even he (Biden) might fold soon enough. His desire to be President may overtake his desire to secure the border properly (at least as properly as a Democrat can do it). The pressure is mounting from the far-left, and despite a clear mandate by the majority of Americans to cease the influx of migrants, criminals, and potential terrorists, the radicals in the Democratic Party’s left-wing have a strong voice that’s screaming for open borders.
De facto open borders, as analyzed by progressive news outlet Mother Jones, can be encapsulated by a breakdown of Warren’s policy proposal:

We heard it many times in the debates as Democrats attempted to justify their call for decriminalizing illegal immigration. Considering how many challenges we have finding and deporting illegal immigrants while it’s still illegal to cross the border without authorization, imagine how impossible it would be if we decriminalize it."

There’s nothing sane about what Democrats are doing.

And then there’s the whole “Building walls is not the answer” thing.

Walls work. If they didn’t those phonies who are supposed to be our Legislators in DC wouldn’t be hiding behind one right now. If they didn’t, the rich and powerful in America, many of them leftists, wouldn’t be living in gated communities while telling the rest of us we should live our lives in a completely different way.

But let’s listen to the people who actually know what they are talking about…The ones who do border security for a living. This is from the DHS, “How effective is this new border wall? On Sunday, when a violent mob of 1,000 people stormed our Southern border, we found the newly constructed portions of the wall to be very effective. In the area of the breach, a group of people tore a hole in the old landing mat fence constructed decades ago and pushed across the border. U.S. Border Patrol agents who responded to the area ultimately dispersed the crowd, which had become assaultive, and apprehended several individuals. All of the individuals were either apprehended or retreated into Mexico. That evening, the fence was repaired. There were no breaches along the newly constructed border wall areas.” Walls Work | Homeland Security (dhs.gov)

Here’s a link to a video from US Customs and Border Protection. It’s only 3 minutes long. Walls Work | U.S. Customs and Border Protection (cbp.gov) The video answers questions about why “Walls Work”. Among the great information coming out of this, about 1:40 or so in the officer narrating says this. “Once built, the barriers made a world of difference. By 2010, apprehensions in San Diego had fallen from half a million to just 68,000, an 86% reduction. In Yuma, the story was much the same, year over year reductions in apprehensions.” She goes on to say…

“This infrastructure proved to be good for our environment and our communities too. In areas where we constructed barriers and took back control of the border natural habitats damaged by illegal migration have recovered…”

I listened to an interview with a south Texas rancher the other day. She said that once again her fences are being cut, people are just randomly walking, running, camping on her property again. That wasn’t happening a few months ago.

Biden’s presidency is proving to be a disaster in several different areas. Biden’s policies on illegal immigration are just plain insane.