I was watching and interview about two weeks with Steve Brannon, and he was saying that either Hillary or Bloomberg would enter the race since Biden has been slipping looks like he might have got this one correct.

Will he qualify for the debates? I won’t lie I thought it would be Hillary. This could end Biden’s run. 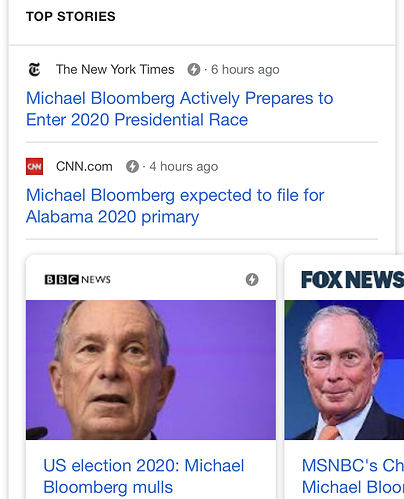 Why? Nobody wants him.

Oh it gets better, I know this is Breitbart but this was on my twitter feed, so I will leave this here like a CNN headline “If True”.

No I disagree I want him … I want the race to be between Trump and either Warren or Sanders and no one besides Hillary entering could have brought that matchup closer than Bloomberg.

The man is worth 52 billion he will go on an epic ad spree blitz and then as Politico points out.

“Bloomberg and his money have the potential to scramble the Democratic field, where no clear frontrunner has emerged. He is most similar ideologically with candidates like Biden and South Bend (Indiana) Mayor Pete Buttigieg and could threaten their candidacies or divide their potential voters.“

why not already elected one moronic billionaire.

Don’t forget another New York one at that.

Before Hillary though the crowded field of republicans who stubbornly stuck around in the primaries splitting the vote instead of dropping out.

If Bloomberg does enter and it appears he is at the very least taking it very seriously filing in Alabama as to get on Super Tuesday it will take votes from I assuming Biden. This could work in the democrats favor if Mayor Pete doesn’t get effected, but I think it could benefit Warren the most.

I dont think anybody west of he Appalachians or cares who Bloomberg is.

Oh I agree he is not going to win, just wandering if it will do damage to other candidates considering the man has more money than the GDP of Croatia. He makes Trump and Steyer look poor.

Kinda like with Trump. NYC hasn’t wanted Trump for at least 30 years.

Anyway it would be fun the watch a real billionaire run against a fake billionaire.

Kinda like with Trump. NYC hasn’t wanted Trump for at least 30 years.

Anyway it would be fun the watch a real billionaire run against a fake billionaire.

Plus a real charitable org. I associate him with the term gun grabber.

All he will do is waste a lot of ad money.

Oh… the irony. Do Trump supporters not know where Trump is from?

Oh… the irony. Do Trump supporters not know where Trump is from?

But Trump is moving to Florida. He can longer be considered a “NYC elitist Dem”.

BTW, I thought Hillary was running? I bet she’s mad that Bloomberg is grabbing all of her media attention.

Why? Nobody wants him.

Why not? It’s not like the current crop of Candidates is all that impressive.

Sure we do. Big Gulp.

I think that’s in reference to Trump moving to florida, and both the mayor and governor of New York telling him good ridance.

I personally welcome being ruled by the Billionaire class 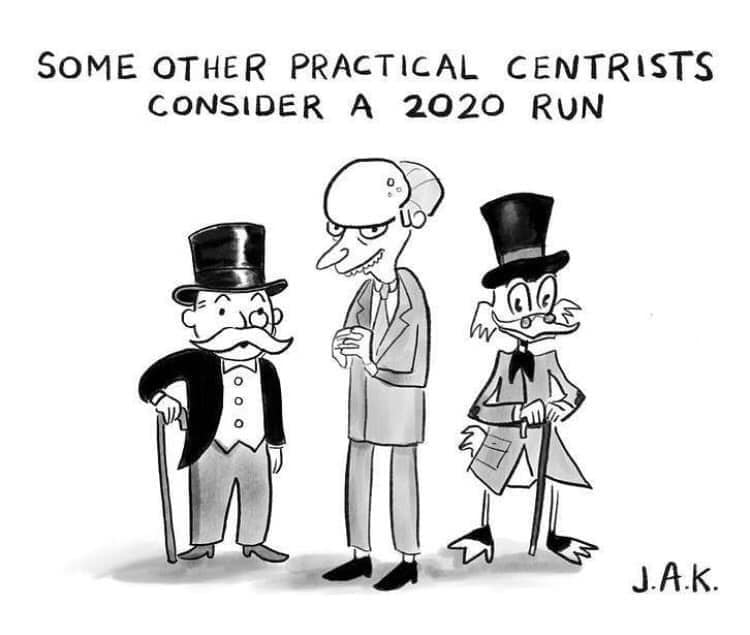