So here’s the monthly jobs report:

Another fine report. 136,000 jobs created. Keeps up with population growth. Job growth slowing a lot which makes sense since we’re at full employment. Unemployment rate down to 3.5%. An extra 45,000 added to the previous two reports. That’s good. Labor participation the same at 63.2%. That’s barely moved at all in years. But wage growth sucked! Dropped by a penny(-.01).

I’m fine with moderate job expansion given the current situation. I’m slightly worried about wage growth stagnation. I’m not seeing the results of full employment transitioning over into this category in terms of growth, which we should be seeing by now. Perhaps population size is going to offset any gains here, as an ongoing data point?

Here are the jobs created from January through September from the last five years.

You realize don’t you that the closer we are to full employment the harder it becomes to create new jobs?

The labor participation rate doesn’t matter anymore or was the unemployment rate only fake when Obama was in office?

I’m glad that Trump hasn’t stopped the economy from growing, but it was clearly on the same trajectory.

The labor participation rate keeps increasing as more and more people that had given up looking for work are going back to work.

You do realize that your chart is showing fluctuations over a 5 year period of around 0.8%? Seems to only be a 0.3-0.4% difference since trump got in office.

And? The point is more and more people are coming back into the job force and we’re already essentially at full employment so there are very few new jobs to fill.

And? The point is more and more people are coming back into the job force and we’re already essentially at full employment so there are very few new jobs to fill.

You haven’t showed anything beyond statistical noise. If you zoom out…the rate would looks pretty flat.

My point was that there isn’t much of an apparent “Trump bump”…but rather a an economy that was healthy when he got in office continued to be healthy.

I would be wondering why the economy wasn’t doing a lot better considering that was one of the main points the man campaigned on. If the economy was so terrible under his predecessor and all the numbers were being faked, why aren’t they leaps and bounds better now than they were back when he was running on improving it? The con is still going strong though, apparently, despite all actual evidence that the economy is in fact not doing so great, mostly due to an unnecessary trade war that is hurting us far worse than it’s intended target.

We have a healthy economy, Trump is doing his damnedest to improve it in spite of democratic resistance.

Simple, the closer you are to full employment the harder it is to create new jobs without major changes, democrats are stone walling everything they can to prevent him from having any success at all. 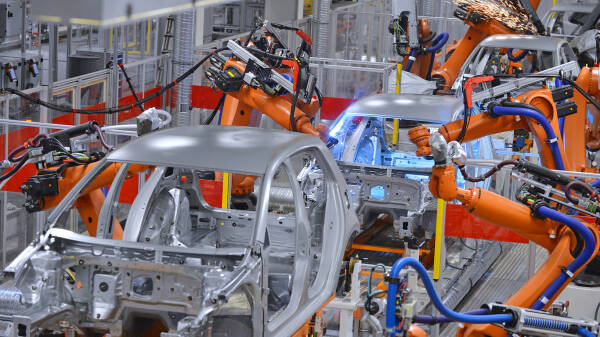 Job Losses in 2019 Highest in 4 Years as Manufacturing and Auto Industries...

Job losses highest in 4 years but best economy ever. Well if you just ignore the manufacturing and auto industries anyway.

We have a healthy economy, Trump is doing his damnedest to improve it in spite of democratic resistance.

Republicans talk as if Trump digged us out of recession…no Obama did that. Trump is riding a wave and the stats show it.

Obama led us through the worst recovery of all time.

I have yet to see anyone but yourself make the statement Trump pulled us out of a recession.

Obama led us through the worst recovery of all time.

I have yet to see anyone but yourself make the statement Trump pulled us out of a recession.

You didn’t see people talking about how the employment numbers were fake and when Trump came in office and said they were real (now that he will get credit for it)…all the people who were saying that our economic recovery was fake stopped saying it?

In order to attribute the growth to Trump, you’d have to say that the economy is growing at a faster rate… but it isn’t.

I’m only hearing those claims from you now and a few nuts at the time.

I’m only hearing those claims from you now and a few nuts at the time.

I mean, I’m generally of the school of thought that presidents don’t necessarily cause economic growth, but they can potentially harm the economy with bad policies. I’m not an Obama fanboy… he could have been better, but he didn’t do anything to damage the economy. The economy recovered and grew during his term at a faster rate than it is now.

Trump for the most part hasn’t been too bad for the economy in most areas… the key area where he may ■■■■ up the economy is trade policy.

The federal reserve is specifically gearing it’s monetary policy to limit growth out of inflation fears.