Robert Mueller’s months-long witch hunt into so-called ‘Russian collusion’ continues to spiral out of control. Despite hundreds of hours of non-stop liberal-media coverage, most Americans still know very little about the man behind the probe.

Congressman Louie Gohmert has had enough of the special counsel’s abuse of power, and he’s prepared to ‘unmask’ Mueller’s questionable history and total lack of judgment spanning decades.

In Robert Mueller: Unmasked, the GOP Representative pulls back the curtain and exposes the sordid truth surrounding the special counsel’s career.

“What I have accumulated here is absolutely shocking upon the realization that Mueller’s disreputable, twisted history speaks to the character of the man placed in a position to attempt to legalize a coup against a lawfully elected President,” writes Gohmert.

Collusion delusion is ending. Americans can now see they have nothing. The media presented the story as though any day now there would be proof, but none has been found, and everyone knows it.

The real game was to get Trump to fire Mueller. Not going to happen.

Gohmert may be the dumbest person in Congress, and it aint exactly a genius factory.

Yeah, this has to be one of the biggest HAIR ON FIRE nothingburgers I’ve read in a while.

I mean, part of the “bombshell report” is just whining that Mueller isn’t looking into Hillary/uranium. It’s so desperate.

Gohmert may be one of the whiniest people in Congress.

I still believe that all these efforts to discredit Mueller and the investigation will backfire in the end.

I still believe that all these efforts to discredit Mueller and the investigation will backfire in the end.

it’s a good strategy though. just think if some mafia guy was being investigated and he could convince the masses that the investigator was corrupt. that would work.

Even if it were true, having Louie Gohmert be the messenger for that means nobody including a few of the crazies in his own party will consider it.

Mueller is a Republican.

Here is your daily reminder that Mueller, Comey, and most of the leadership in the Justice Department are all lifelong Republicans.

Meanwhile mid western democrats are pleading for elitist coastal snobbish authoritarians to stop with this BS. 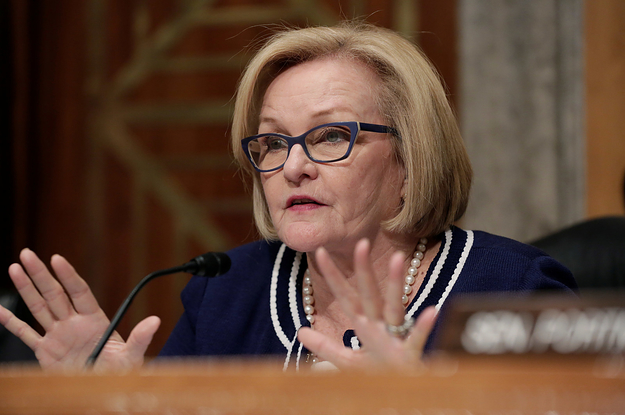 “The only ones who want to do this are Democratic activists who are already voting Democratic.”

Will snobs listen? No…they are authoritarians.

Mueller was appointed and he’s been meticulously doing his job. The right & right media and the left & left media have come to all kinds of conclusions about what he’s found/what he hasn’t found. The only real statement Mueller has made is that a lot of stuff in the media, about his investigation, is wrong.

So I’m just gonna patiently wait until he’s finished. A whole bunch of people will have egg on their face when he’s done. I won’t be one of them.

Good to see you back.

By “corrupt leader” are you referring to lifelong Republican Robert Mueller?

“I commend (Department of Justice) for bringing in an independent voice to help bring clarity to this situation.” --Republican Orrin Hatch

“The issue of Russian meddling in our election must be investigated fully & former FBI dir. Mueller is well qualified to oversee this probe.” --Republican Rob Portman

A Congress fractured by bickering came to rare bipartisan agreement as members of both parties praised the selection of Robert Mueller as special counsel in charge of the FBI's investigation into Russian attempts to influence the election.

You couldn’t care less about what those midwestern Democrats think. After all, they are America-hating socialist libbie commie pinko traitors too.

Will snobs listen? No…they are authoritarians.

We’re not authoritarian. We’re just tired of willfully stupid, unprincipled people having a negative impact on our lives.