Military leaders are not dumb people. It might be getting close to the point that even the Putin loyal Generals might decide that this whole thing is not worth it. IMHO a military coup might be on the horizon.

I believe it is close. Perhaps weeks perhaps months. But definitely not a full year of this. So Putin is fully cornered- ratchet up or try and take the best peace deal he can get out of Ukraine.

That is the business end of the alligator. Hopefully, Russia has just as many safeguards in place to launch nuclear weapons as we do, and his individual desire is quickly snuffed.

Yeah I think ordering a full nuke war would be a pretty hard move to sell to his generals. And he does need others to sign off on that. But a small tactical nuke aimed at a Ukrainian city? Much harder to say if he can do that more easily but I wouldn’t take it off the table.

That is the business end of the alligator. Hopefully, Russia has just as many safeguards in place to launch nuclear weapons as we do, and his individual desire is quickly snuffed.

There was an interesting article I read about that…trying to retrieve it.

The upshot of the article.

From a process standpoint, Russia has MORE checks against Putin than the US has against Biden. Process-wise, Biden is much freer to launch nukes on his own than Putin. We don’t know exaclty how the Russian system works, but it’s thought to require three “footballs”…Putin’s, Shiogu’s and Gerasimov’s…to order a launch. I don’t know if this applies to all weapons, from tactical to strategic. Goes back to the Soviet days, when they thought it should be a collective decision.

In actuality, Biden would probably face more resistance as he does have to consult with the SecDef and Chairman of the Joint Chiefs (but doesn’t need their OK to launch) than Putin. Shoigu and Gerasimov didn’t seem pleased with Putin’s “special state of readiness” order, but would they really go against him? And he could just replace them until he found people who would go along with him.

Take all this with a grain of salt because we actually don’t have any idea how their nuke launching process works.

It was an interesting discussion though, and pointed to the utter absurdity that essentially the power to destroy civilization rests in the hands of two people. 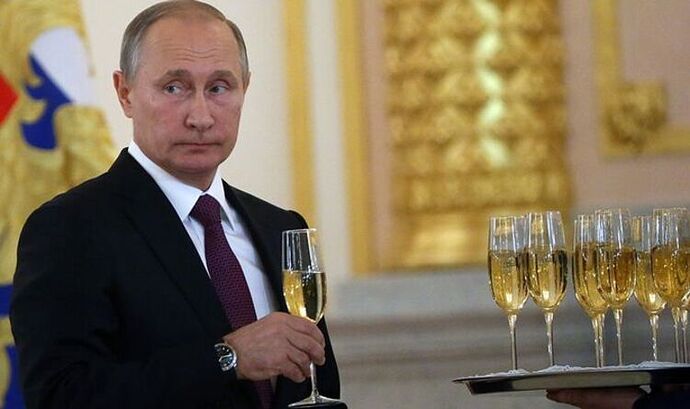 VLADIMIR PUTIN is terrified of being poisoned and has replaced his entire team of personal staff according to one news source.

Clickbait. There’s no way to corroborate that and easy to make a lunatic story like that stick.

Agreed- the Express has never been known for good reporting.

Clickbait. There’s no way to corroborate that and easy to make a lunatic story like that stick.

Agreed. But there is a pattern here of serious structural problems from crackdowns, arrests and outright mutiny. Not implausible that Putin has become quite a bit more cautious as of late.

I think he’ll continue with conventional warfare anyway. All it is is a waiting game at this point. Ukraine won’t out muscle Russia without help, and that ain’t coming.

I think he’ll continue with conventional warfare anyway. All it is is a waiting game at this point. Ukraine won’t out muscle Russia without help, and that ain’t coming. 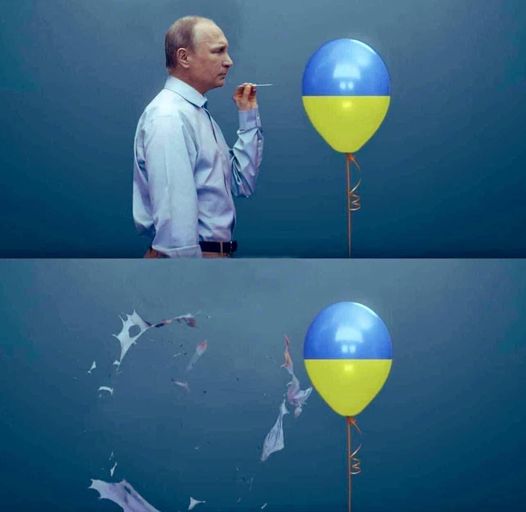 Painting him a lunatic is a mistake. He’s made a calculated decision with China’s blessing.

I believe the real score here is Taiwan. Putin is seeing what China can get away with.

We used thermobarics in Afghanistan and Syria.

It’s not a red line per se.

He gains nothing with that action.

Japan made the decision it made because there was a chance they could win a decisive victory and obtain a negotiated settlement.

Launching a nuclear war only results in the complete obliteration of Russia and her people, along with all the countries who could possibly help them recover.

We used thermobarics in Afghanistan and Syria.

It’s not a red line per se.

I agree- though to @Jezcoe 's point- they haven’t been used on a city yet. That would incur a large amount of casualties and many civilian deaths.

And what are the strategies for deciding on consequences? A conference call with all NATO heads? It seems a tad…complicated.

“What good is a world without a secure Russia?”

I’m sure NATO command is discussing all of the possible actions Putin could take if he got desperate.

I wouldn’t be surprised if NATO issued a vague ultimatum to the Russian government quietly if they feel like Putin might actually consider attacking Poland or the Baltic states.