A bus driver who was dragged from his vehicle and attacked by passengers who refused to wear mandatory face masks has died in southwest France. Philippe Monguillot, 59, died in hospital last Friday. Having been left brain dead following the assault in the city of Bayonne on the 5th of July, Monguillot’s family decided to switch off his life support machine . . .

Five men have been arrested in relation to the killing, two – who are known to police – aged 22 and 23 for attempted murder, two for failing to help a person in danger, and a fifth for hiding a suspect. 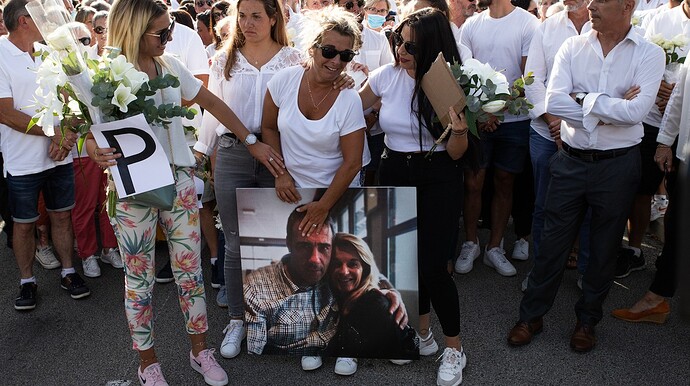 The killing, in southwestern France, was called "cowardly" by the country's prime minister.

The headline above the Vice story mentions anti-maskers protesting in the US, and the implication is that the attack was from similar anti-mask protestors in France.

Curiously there is no mention of the names of the men who were arrested in the attack in France. I did a search in French and found this statement on social media:

The 4 people who beat Philippe Monguillot are called: Mohamed C., Mohammed A., Moussa B. and Sélim Z. These are the names of the murderers of Bayonne bus driver.
https://www.facebook.com/lesincorruptiblesgiletsjaunes/posts/880975422412972

Are authorities hiding the identities of the attackers since they are appear to be from Africa or the Middle East?

If the driver had been an immigrant who was attacked by a gang of young Frenchmen, would the response be the same?

Is the attack really racially motivated and the mask issue was not the primary factor?

Is the Vice story lying by omission?

not touching that with a ten foot pole

Facebook has a page for “French lives matter”. Is that racist?

It seems to be dedicated to native French should have died at the hands of immigrants.

Facebook has a page for “French lives matter”. Is that racist?

It seems to be dedicated to native French should have died at the hands of immigrants.
French Lives Matter - Home | Facebook

lets just say France is prone to riots over stuff like this.

I visited France a few years ago. We flew home the day of the attack on Charlie Hebdo.

While in France we met a friend from the US and his relatives in France including a couple who was expecting a child. After their child was born, a friend tried to convince them to go out for the evening to a nightclub in Paris, but the baby was very upset and they decided to stay home. The name of the nightclub was the Bataclan, and their friend died in the attack that very night.

Some people choose to pretend that these problems do not exist, but they will not go away on their own.

And you chose to use it as anti-Muslim immigrant fodder? Dude.

If the bus driver had been a Muslim immigrant and the attackers were a gang of white guys would the headlines be the same?

Given the number of Islamist attacks in France, hiding the identity of the attackers is ignoring important information about the possible motivation for the attack.

Of course it may just be the attackers really hate wearing masks will kill anyone who contradicts them regardless of race, religion, or national origin. Is indiscriminate hate still hate?

Of course it may just be the attackers really hate wearing masks will kill anyone who contradicts them regardless of race, religion, or national origin.

And that’s exactly how the article presented it. So why go where you did?

The Vice article appears to be lying by omission. It implies that the reason for the attack was violent hatred of wearing masks by leaving out any other explanation.

It would be like saying George Floyd had COVID-19 and had breathing problems, but failing to mention the policemen on his back and neck at the time of death. Floyd did have COVID-19, but it highly unlikely that the disease was the primary cause of death.

I’ll leave you to your speculations then. I’m out.

Yes. Words used to describe criminals are frequently designed to confuse and hide identities. That is especially in Europe.

It seems strange to me that the identities of men who were arrested are treated as state secrets.

Of course it may just be the attackers really hate wearing masks will kill anyone who contradicts them regardless of race, religion, or national origin.

And that’s exactly how the article presented it. So why go where you did?