four people have been killed in a targeted spree shooting in Penticton, B.C.

South Okanagan-Similkameen Supt. Ted De Jager says one male has been taken into custody after he turned himself in at the front desk of the Pentincton RCMP detachment.

Police have confirmed they believe “it was a targeted event.”

At around 10:30 a.m. PT, police received reports of a possible shooting in downtown Penticton.

De Jager says numerous officers were sent to the areas of Eckhart Avenue and Lakeshore Drive, and Main Street and Powell Avenue.

The four fatalities occurred in three different locations within a five-kilometre radius.

One person died at the initial incident near Westminster Avenue and Lakeview Street, while three people died “in a suburban area” around Cornwall Drive 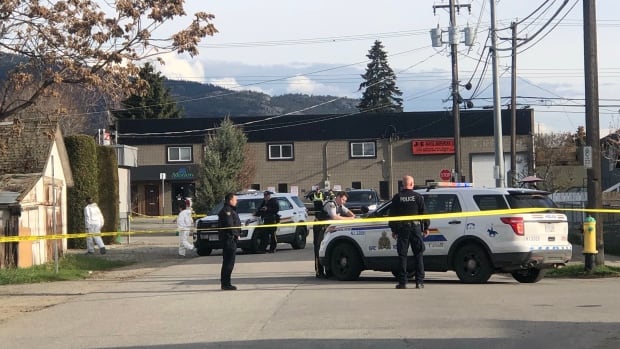