Finally a study with risks of transmission outdoors

I finally found as study that gives some idea of the risk of virus transmission outdoors. Here is an excerpt from a preprint of a Chinese study: This new study, if true, could raise important questions about the wisdom of closing public parks in urban areas.

The Chinese study seems to support surprising findings in New York that showed most people who were hospitalized caught the virus while staying at home:

Cuomo says it's 'shocking' most new coronavirus hospitalizations are people...

Early look at data from 100 New York hospitals shows that 66% of new admissions related to the virus are people who were at home, Cuomo said.

It looks like the New York media who were hyperventilating about protestors in parks and sunbathers on beaches should have been more concerned about New Yorkers hunkering down in their apartments.

What policy changes do you see with this information?

Should restaurants be encouraged to open up outdoor seating?

Can the government reasonably ban outdoor protests while allowing people to share space inside buildings?

Should people who are really concerned about getting the virus camp out in a tent rather than saying in an apartment?

This new study, if true

First line from the article in your link…

Yes, it possible that none of the cases were from outdoor transmission after more careful study.

My observation that bans on use of parks and beaches and bans on outdoor protests are allegedly based on “science”. In reality what science exists shows the risks are very small compared to daily activities allowed inside buildings.

What policy changes do you see with this information?

Should restaurants be encouraged to open up outdoor seating?

Can the government reasonably ban outdoor protests while allowing people to share space inside buildings?

Should people who are really concerned about getting the virus camp out in a tent rather than saying in an apartment?

Yes, it possible that none of the cases were from outdoor transmission after more careful study.

My observation that bans on use of parks and beaches and bans on outdoor protests are allegedly based on “science”. In reality what science exists shows the risks are very small compared to daily activities allowed inside buildings.

Tell the President to open up the National Parks.
What’s he waiting for?

Cities have been forcing homeless into shelters instead of sleeping outside. 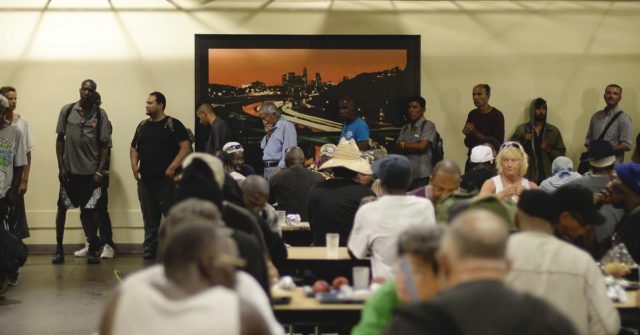 L.A. will move thousands of homeless into recreation centers in residential neighborhoods as part of the response to the coronavirus. 'We need to fix it quickly.' Asymptomatic coronavirus cases at Boston...

When an outbreak of coronavirus in a Boston homeless shelter prompted officials to do more testing, the results caught them off guard. Of the 146 people who tested positive, all of them were considered asymptomatic.

Bad idea.
Let’s move all inmates outside into tents.
Science! The former Maricopa County sheriff routinely pointed to the notorious outdoor facility as a symbol of his "tough on crime" stance. The new sheriff says it is costly and not a deterrent.

Are the outdoors the primary environment for transmission? Almost assuredly no. Could it happen in some situations? Almost assuredly yes. The question is what type of outdoor interactions carry the most risk. Riding a kayak in the middle of a lake likely has next to zero risk. A large group of people in close prolonged contact continually yelling and breathing probably has some degree of risk. What about everything in between? This paper doesn’t answer that and didn’t even ask those questions.

Any questioning of lockdown policies has been framed as a rejection of “science”.

Okay, where are the scientific studies that show that there such a huge risk that it justifies suspending rights of freedom of assembly and right to petition the government?

In the interest of public safety and the health of all Californians during the COVID-19 pandemic, effective immediately the California Highway Patrol will deny any permit requests for events or activities at all state facilities, to include the State Capitol, until public health officials have determined it is safe to gather again . . . On Monday, "Operation Gridlock" came to California's Capitol in Sacramento, where hundreds of demonstrators demanded "data over dictators" and "freedom

For context, could federal and state governments have used the Hong Kong flu of 1968-1969 to ban all anti-war protests, civil-rights protests, rock concerts, etc.? The Forgotten Hong Kong Flu Pandemic of 1968 Has Lessons for Today | National...

Americans were more resilient, less vulnerable to social-media groupthink, and committed to going to work and washing their hands.

Show me evidence a person with COVID-19 is not contagious when outdoors. The paper you cited even gave an example of outdoor transmission.

There is no doubt COVID-19 can be transmitted outdoors. We don’t know how easily it occurs and in what situations.

If you want to turn a Chinese preprint study on indoor transmission into a political rant, knock yourself out. I’ll stick to the paper you seemed so excited about. Didn’t see any mention of banning protests in it. Maybe I missed something.

I don’t trust anything coming from China.

Okay, please post a link that documents the risk of transmission outdoors. The Chinese study certainly supports the conclusion that outdoor risks are small compared to indoor.

A more basic question is whether unsubstantiated fears should be used as a basis for severely restricting civil rights?

For context, fear of disease has been a pretext for civil rights violations that resulted in racial segregation and discrimination.

For most of the first half of the twentieth century, tuberculosis ranked among the top three causes of mortality among urban African Americans. Often afflict...

You wish to use a preprint study addressing indoor transmission of COVID-19 to make a political statement about violating rights secondary to supposedly fictitious outdoor spread.

No thanks. That pretzel logic sounds better from Steely Dan. I’ll stick to them.

Governor Cuomo has proven himself to be totally incompetent in controlling this outbreak and his decisions regarding nursing homes is nothing short of criminal and he should be prosecuted. The evidence in the state of Washington that had the very first outbreak showed how vulnerable the eldest among us were but Cuomo didn’t learn squat for the damage that was done out there. His policies aggravated the factors and greatly excelled both the spread of the virus and the deaths of many elderly in NY. He’s a disgrace.

The pretzel logic was closing outdoor parks at all.

People should be outdoors without crowding together.

Make a study with all the buzz words.