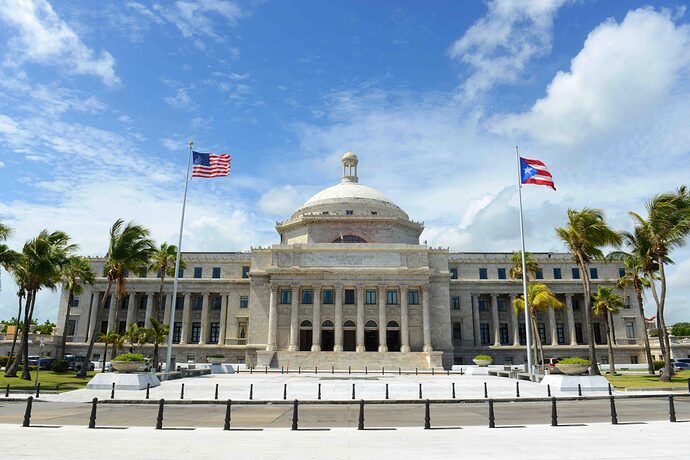 Residents of Puerto Rico and other U.S. territories do not have a constitutional right to receive certain federal benefits that the government provides to people who live in the 50 states, the Supreme Court ruled on Thursday in an 8-1 decision. The...

Final link is to the Opinion of the Court in United States v. Vaell-Madero. Justice Kavanaugh wrote for an 8 to 1 majority, with Justice Sotomayor dissenting. Justice Thomas and Justice Gorsuch each wrote separate concurrences.

Here, respondent Jose Luis Vaello Madero received SSI benefits while he was a resident of New York. He then moved to Puerto Rico, where he was no longer eligible to receive those benefits. Unaware of Vaello Madero’s new residence, the Government continued to pay him SSI benefits. The Government eventually sued Vaello Madero to recover those errant payments, which totaled more than $28,000. In response, Vaello Madero invoked the Constitution, arguing that Congress’s exclusion of residents of Puerto Rico from the SSI program violated the equal-protection component of the Fifth Amendment’s Due Process Clause. The District Court and the Court of Appeals agreed.

Held: The Constitution does not require Congress to extend SSI benefits to residents of Puerto Rico. In Califano v. Torres, 435 U. S. 1, and Harris v. Rosario, 446 U. S. 651, the Court applied the deferential rational-basis test to uphold Congress’s decision not to extend certain federal benefits to Puerto Rico, noting that because Congress chose to treat residents of Puerto Rico differently from residents of the States for purposes of tax laws, it could do the same for benefits programs. Those two precedents dictate the result here. Congress’s decision to exempt Puerto Rico’s residents from most federal income, gift, estate, and excise taxes supplies a rational basis for likewise distinguishing residents of Puerto Rico from residents of the States for purposes of the SSI benefits program. Vaello Madero’s contrary position would usher in potentially far-reaching consequences, with serious implications for the Puerto Rican people and the Puerto Rican economy. The Constitution does not require that extreme outcome. Pp. 4–6.

I agree with the Opinion of the Court in this case. "Because Congress applies a different tax regime to Puerto Rico, it may rationally deny Puerto Rico access to certain programs.

However, Justice Gorsuch, in his concurrence, brings up the ugly shadow of the Insular Cases. While not having any direct bearing on this case, the Insular Cases need to be brought up at every opportunity until the Supreme Court finally does the right thing and overturn these shameful relics of the Colonialism and racism of the 1890’s and early 1900’s.

Puerto Ricans would do much better for themselves by just crossing the southern border wearing Brandon let me in shirts.

“I AM QUEER” shirts would work too.

Maybe she should have recused herself?

she obviously has a problem not letting her latina supremicist views affect her voting.

Puerto Ricans would do much better for themselves by just crossing the southern border wearing Brandon let me in shirts. 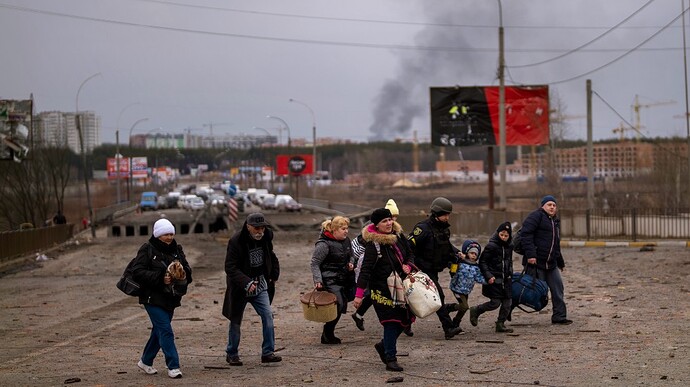 US border patrol encounters over 5,000 Ukrainians in March

Over 5,000 Ukrainians were detained at U.S. land, sea and air borders last month, according to data from U.S. Customs and Border Protection on Monday. The data showed that 5,071 Ukrainian people we…

Nope…they don’t even need the shirts.

Well, since there’s no enumerated power for all federal benefits aside from those associated with actual service or employment with the federal (as an employer the federal can do things employers in general can do)…

The newly unveiled draft of the Puerto Rico Status Act would let voters choose statehood, independence or sovereignty in free association — effectively excluding the current territorial status as an option.

We should offer this choice to Guam, Samoa, Marianas, and Virgin Islands as well.

No prejudice there, is there.

Yep. Which I find interesting because Alaskans paid Federal income tax when we were a territory.

Yep. Which I find interesting because Alaskans paid Federal income tax when we were a territory.

Under the current Insular Cases scheme, Alaska was considered an incorporated territory and thus inhabitants had to be treated pretty much the same as those Americans residing in States.