Evacuation of US Embassy in Ukraine

So what? I am not aware of any reason why being a Nazi gets in the way killing Russians

You can’t even make this up this 79 year old Ukrainian grandma has made news all around the world by getting trained with an ak-47, when you look closer you can see she is being trained by the neo nazi group Azov Battalion wearing the Wolfsangel symbol which was made popular by the Waffen SS Das Reich division during WW2.

If this war breaks out who knows who’s going to feel the vacuum.

This is one of the many ways I am conflicted about this whole thing.

I have relatives in Ukraine.
I know there are Neo-Nazis there and I know the West has backed them.
I think if Russia goes into Ukraine whole hog he will get bogged down, which is good geopolitically.
But short term thousands and thousands will die, the global economy will take a shot, and a world in which there are still thousands of nukes and no real balance of power will be further destabilized.

None of this is good.

It looks like the real story is that the war in Donbas is reigniting. President Zelesnky meanwhile traveled to the Munich Security Conference despite Biden officials urging him to stay in Kiev amid the crisis...

Here is what Voice of America is saying:

Analyst and longtime Kremlin-watcher Dmitri Trenin of the Moscow Carnegie Center, a think tank, suspects the Kremlin is creating “strategic tension” with its actions in the Donbas along with planned nuclear-force drills Saturday and Sunday in Belarus, a Russian ally.

“Moscow’s objective appears to be coercing Ukraine into talking directly with Donetsk and Luhansk,” he tweeted Saturday, with the goal of intimidating Kyiv into accepting a 7-year-old peace deal, the Minsk Accord . . . 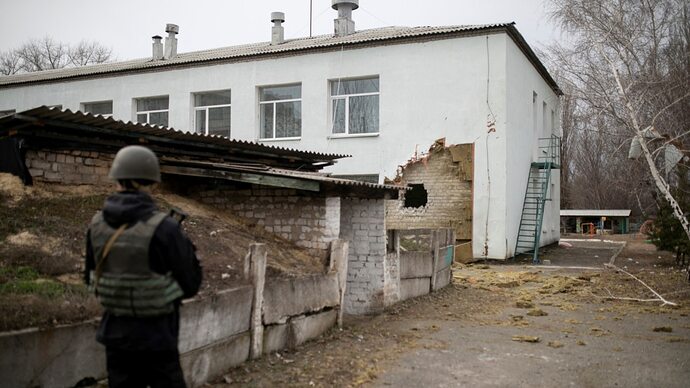 Has all the hype from DC about a Russian invasion really been a distraction for a possible US-backed Ukrainian offensive in Donbas?

At least the Corona has been erad…err…never mind.

Just when we thought news would get boring after the Canadian Convoy protest was cancelled.

Holy crap did you buy into propaganda with ease.

Not saying I agree with Bill’s sources, but there’s other ways to disagree with him. They’ve been “evacuating” the US embassy in the Ukraine for a month. War with Russia? has been rumored since December. Remember this?

So no NATO is not. Russia near Ukrainian borders is so 10 years ago

There’s a lot of ■■■■■ footing going around if it’s war, and if not, what is it? Posturing by either side?

Not saying I agree with Bill’s sources, but there’s other ways to disagree with him. They’ve been “evacuating” the US embassy in the Ukraine for a month. War with Russia? has been rumored since December. Remember this?

War with Russia? - #3 by FreeAndClear

There’s a lot of ■■■■■ footing going around if it’s war, and if not, what is it? Posturing by either side?

I think it’s Donbas. But yes i def didn’t think it was going to get as far as it has.

My propaganda line actually isn’t about the sources but the fact that I think that Ukraine is going to attack is coming straight from Russian state television. They are using it as a reason to defend Russians in Donbass

It would have been much easier if i had just selected the part of his post i disagreed with. But i got lazy lol.

Are people really trying to predict the moves ?

One can learn alot by just watching what the actual moves are.

It has nothing to do with that…yikes you buy into ■■■■ with ease.

I couldn’t have said it better we often find ourselves in this situation except this time it’s not Shia and Sunni and more extreme elements on one side. It’s the red army, nazis, regular joes, former communists and you really can’t tell them a part just like in Iraq.

People just have to accept there is an abundance of extreme far right groups there, to be honest I wouldn’t even bring it up but ever since Charlottesville happened that term has rung out loud on the media since 2017 as one of the worst things possible if that is the worst thing ever one would think we wouldn’t want to be providing arms to them. And if lethal arms are going to the Ukraine they sure as hell are going to these groups as well. And these are the real deal neo nazis not like a lot of the pretenders we have here.

It’s baked in part of the population and has been since WW2, then the fall of communism many fascists groups popped up. As I said in another post when the organizer of Jewish Pogroms Stepan Bandera is held as a national hero just in the last few years with new buildings a holiday and street names popping up with his name one should not dismiss that.

I understand your frustration. I am a conservative but distance myself far from that stuff I don’t want that stain on the republican name.

Pelosi says Putin will pay even without Ukraine invasion: you can’t ‘bully...

Speaker of the House Nancy Pelosi, D-Calif., warned Russian President Vladimir Putin from the Munich Security Conference Saturday that he will face consequences whether or not he invades Ukraine.

I don’t think Putin is woke.

Maybe not woke, but his eyes can be opened! 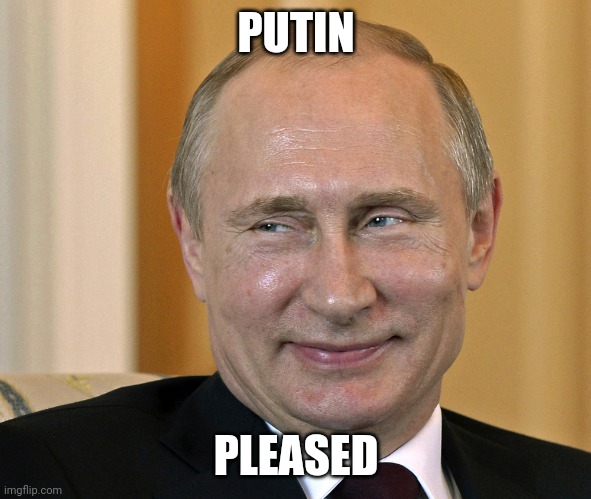 I like the thumbs up. Lol. That guard has a good job, but he’s probably his food taster too.

I think the concern is arming them, not as much as they are there that is no secret.

Small world what part JayJay? My wife’s mother and father live in the western part of the Ukraine they should be safe but her little brother attends college in Kyiv.