No social points for you.

Its a little hard to understand how this regulation could be arbitrary and capricious and yet the original regulation it replaces is not considered arbitrary and capricious. The original order, we were told, was nothing but a form of prosecutorial discretion. If that is so, isn’t the prosecutor allowed to change the area of his discretions?
This needs to get to the Supreme Court as soon as possible. 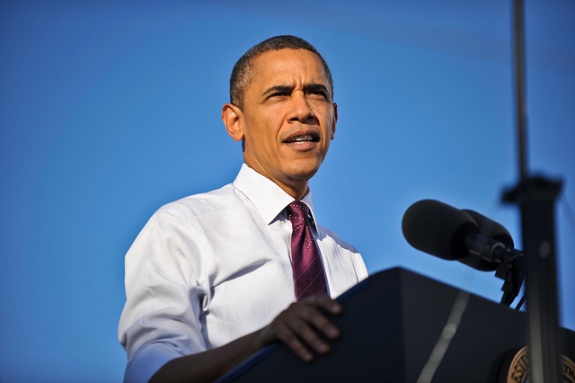 President Obama Issued a Directive, Not an “Executive Order” or "New Law"

Immigration hardliners were predictably quick to criticize President Obama’s recent announcement that DHS will use discretion to halt the deportations of eligible immigrant youth. They wasted no time hurling some base-stirring claims—“administrative...

”S. District Judge John D. Bates ruled Tuesday that the administration’s decision to end the Deferred Action for Childhood Arrivals program was never fully explained and could not be justified. However, Bates did allow for a 90-day hold on his ruling “to afford [the Department of Homeland Security] an opportunity to better explain its view that DACA is unlawful.”

The only legitimate question which the judge may rule upon is whether or not President Trump can reverse a previous president’s executive order which sets public policy. It is not within a judge’s power to assess the wisdom of the president’s decision. And this is what Judge Bates wants to do . . . second guess public policy decision making by a sitting president.

The principal behind this limitation on a judge’s authority to meddle in the making of public policy is basically articulated as follows by our Supreme Court with regard to Congress’ legislative authority:

……we are not at liberty to second-guess congressional determinations and policy judgments of this order, however debatable or arguably unwise they may be…The wisdom of Congress’ action, however, is not within our province to second guess. _________ELDRED et al. v. ASHCROFT, ATTORNEY GENERAL (2003)

U.S. District Judge John D. Bates has in fact taken it upon himself to use his office of public trust to go beyond his constitutionally assigned duty by asking the Trump Administration to justify a public policy making decision ___ a request which is not within the judge’s power and in fact impinges not only upon the President’s assigned duty and violates our constitutional system’s separation of powers doctrine, but also usurps legislative power as well ___ and as such, he is engaging in judicial tyranny!

The accumulation of all powers, legislative, executive, and judiciary, in the same hands, whether of one, a few, or many, and whether hereditary, self-appointed, or elective, may justly be pronounced the very definition of tyranny. ___ Madison, Federalist Paper No. 47

Considering what the Administrative Procedure Act was passed for, if the judge ruled based on that, he is definitely overstepping his authority.

Especially given what @Illegal_Alien posted above.

I didn’t want Trump to end DACA this way, but will not applaud a court overstepping its bounds.

No social points for you.

Well, that was the point of the lawsuit.
Apparently the answer is “when Congress says so. The pres. cannot do it alone.”

I didn’t want Trump to end DACA this way, but will not applaud a court overstepping its bounds.

When judges and Justices are allowed to go beyond their constitutionally assigned duty and impose their personal sense of justice, fairness or reasonableness as the rule of law, we are allowing a system of despotism to take foot and abandoning the very Constitution our forefathers shed their blood to adopt.

As nightfall does not come at once, neither does oppression. In both instances there is a twilight where everything remains seemingly unchanged. And it is in such twilight that we all must be aware of change in the air - however slight - lest we become unwitting victims of darkness.___Supreme Court Justice William Douglas

I assume you understand that.

They just dont appear out of thin air.

I assume you understand that.

They just dont appear out of thin air.

You guys need to stop making me be on the same side as Johnwk. It’s unnerving.

Every federal judge is properly vetted by the senate,

if you want different federal judges dont nominate Judges who think like that or dont vote in senators who will vote in a federal judge that you dont like.

and we also have something in america called the appeals process.

This federal judge gave us a bad ruling perhaps the US court of appeals will give us a more favorable ruling or baring that maybe SCOTUS will grant us cert.

Its called checks and balances.

The Judge in question has a long and distinguished career.

The Judge in question has a long and distinguished career.

I don’t give a crap who appointed him. He is WRONG on his ruling.
Since as i pointed out that it was a Directive and not an EO . SO the Directive could be turned back with the new Admin for what ever reason the New Administration wants.
Congress DEMS need to take their Thumb out of their rears along with the GOP and make a law if they are really that concerned until then the Dreamers are going to be Ping Pong to be used by Both sides.

remains to be seen whether he is wrong in his ruling.

You think he is.

He prolly doesnt think so.

It will go up the appeals ladder and we shall see what happens.

its like the case being decided by the SCOTUS right now.

Think DACA will also end up with SCOTUS.

You guys need to stop making me be on the same side as Johnwk. It’s unnerving.

Now wait a second. I was agreeing with you when you said you will not applaud a court overstepping its bounds. Aside from my personal political views and philosophy, I am a firm supporter in adhering to and enforcing the rule of law, and condemning judges and Justices of supplant their personal sense of fairness, reasonableness, or justice as the rule of law.

"The public welfare demands that constitutional cases must be decided according to the terms of the Constitution itself, and not according to judges’ views of fairness, reasonableness, or justice." – Justice Hugo L. Black ( U.S. Supreme Court Justice, 1886 - 1971) Source: Lecture, Columbia University, 1968

remains to be seen whether he is wrong in his ruling.

You think he is.

There is no thinking about it!

Under our constitutionally limited Republican form of Government, neither the Executive or Legislative branch of government has to explain the reasoning behind their policy making decisions to a judge. The only question in this case is, does a current president have the authority to reverse a previous president’s policy making decisions?

The reasoning behind this Administration’s policy making decision is irrelevant as a legal matter. If it violates the Constitution it cannot be justified as being constitutional. Likewise, if the policy making decision is not rationally based in a judge’s view, it is not within that judge’s authority to second guess its wisdom. To do so is to usurp executive authority and its prerogative, and ignore the separation of powers in our system of government.

This judge needs to be punished.

……we are not at liberty to second-guess congressional determinations and policy judgments of this order, however debatable or arguably unwise they may be…The wisdom of Congress’ action, however, is not within our province to second guess. _________ELDRED et al. v. ASHCROFT, ATTORNEY GENERAL (2003)

We are not talking about “authority to revoke something without explanation”. We are talking about a current president revoking public policy set by a previous president. And, I might add, a policy set by the previous president which was a usurpation of power and without a constitutional basis. This is constitutional law 101. And, contrary to judge Bates’ socialist opinion, that those who benefit from the previous Administration’s adopted policy and have become reliant upon its benefits, and particularly reliant upon taxpayer financed government cheese, [which seems to be the case] are now entitled to that government cheese because they would suffer irreparable harm if the government cheese were ended, violates one of the foundations for which our government was created.

“Under a just and equal Government, every individual is entitled to protection in the enjoyment of the whole product of his labor, except such portion of it as is necessary to enable Government to protect the rest; this is given only in consideration of the protection offered. In every bounty, exclusive right, or monopoly, Government violates the stipulation on her part; for, by such a regulation, the product of one man’s labor is transferred to the use and enjoyment of another. The exercise of such a right on the part of Government can be justified on no other principle, than that the whole product of the labor or every individual is the real property of Government, and may be distributed among the several parts of the community by government discretion; such a supposition would directly involve the idea, that every individual in the community is merely a slave and bondsman to Government, who, although he may labor, is not to expect protection in the product of his labor. An authority given to any Government to exercise such a principle, would lead to a complete system of tyranny.” See Representative Giles, speaking before Congress February 3rd, 1792

American citizens are sick and tired of being made into tax-slaves to finance a maternity ward for the poverty stricken populations of other countries who invade America’s borders to give birth.