Emperor Akihito of Japan will give up his throne today

Akihito will be the first Emperor in just under 200 years to give up their throne with his eldest son taking the position later today.

On a Friday night in northern Tokyo, babies and toddlers ran around a brightly decorated preschool with their parents.

The sound of their laughter mingled with conversations from young parents, who sat on cushions on the floor eating, chatting, and letting go of stress from the week — the last one of an era that’s spanned 30 years.

They were also thinking about an upcoming historic moment on Tuesday, when Japan’s beloved emperor will be essentially retiring, the first to do so in over 200 years.

“We are going to open a bottle of champagne and do a countdown,” said Noritaka Takezawa, a father of two young kids. 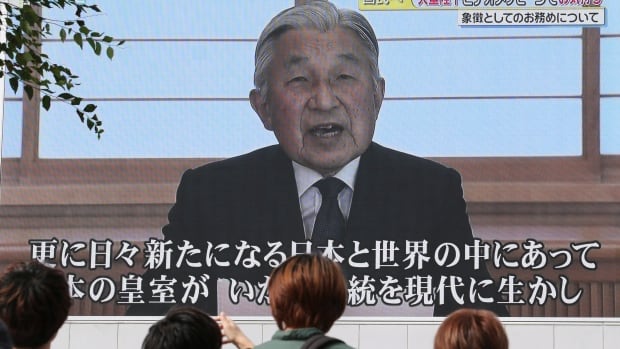 'Japan is at a crossroads': Emperor to abdicate ushering in new era | CBC News

Emperor Akihito, 85, is set to abdicate on April 30. Over the last three decades, Akihito worked to rebuild relations with countries in Asia after the Second World War, consoled victims of Japan's many disasters, and put a softer touch on...

The son is now 59. If he reigns for the same time as his father, he’ll be older yet. This sounds like a good move, coming from a hard working man who places his country before himself.

Hirohito should have been tried as a war criminal. He’s lucky that incompetent McArthur ran the occupation and they didn’t kill any…