An elderly couple was shot and killed while visiting their son’s grave at a cemetery in Delaware on May 9. Here is a news report from the next day: A married Maryland couple in their 80s were killed at a Delaware cemetery by a gunman whom authorities later found dead, according to reports. Sheldon C. Francis, 29, gunned down an 85-year-old wom…

A conservative website reports that the suspect may have ambushed the couple from a wooded area near the cemetery based on interviews with sources connected to the case:

. . .dressed in all black with a black face mask, carrying a rifle with a scope. The suspect was later seen in a wooded area before engaging in a shootout with police officers. . . the guy had a lot of ammo. It seems as if he set himself up in the ditches with ammo because the police were saying that their drone could see him but they couldn’t get eyes on him. He had to have planned this for a while because most people don’t know those woods like that. A married couple from Maryland ages 85 and 86 “visiting the grave of their son” were victims of a deadly shooting at a veterans cemetery in Delaware. The Suspect was described as a heavyset black male aged 29, dressed in all black with a black...

A website that provides news to the African-American community suggests that police are looking into a possible racial motivation for the attack:
. . . police are investigating whether the shooting was done in “retaliation” for the apparent racist killing of Georgia’s Ahmaud Arbery . . .Social media posts from Sheldon suggest that he was particularly troubled by the killing of Ahmaud Arbery. A White couple was shot and killed last night in Delaware, and police are investigating whether the shooting was done in "retaliation" for the apparent racist

From what I have seen, most of the national media have spent little effort researching the details about this story although a Fox commentator recently lamented the lack of interest from the media:
https://www.foxnews.com/opinion/hate-crime-in-america-one-sided-reporting-misrepresented-facts-dont-help

What is going on here?

Is Fox News afraid to report the details about the story while their commentators lament the lack of media interest?

Do they have evidence that contradicts reports such as those from theredelephants.com?

Or are they preparing to release information that shows that the elderly couple was really hunted down in a racially motivated attack?

Is Fox News afraid to report the details about the story while their commentators lament the lack of media interest?

Do they have evidence that contradicts reports such as those from theredelephants.com?

Or are they preparing to release information that shows that the elderly couple was really hunted down in a racially motivated attack?

Why don’t you wait and see, instead of breaking out “black on white crime doesn’t matter” routine…The attack happened only a week ago. How long did it take for the Aubry case to become a national story…was a few months wasn’t it? Can’t believe I’m defending Fox news…lol

Why don’t you wait and see

Of course, that’s not a consistent practice from the media. Certain narratives get wall-to-wall coverage – whether or not the info is accurate. Others get essentially nothing. (We’re a week after this killing, and this thread is the first I’ve heard about it. And the sources linked here certainly aren’t NYT or WaPo!)

Imagine if the races of the victims and the suspect in the cemetery shooting were reversed. Do you think that media response would be different?

If so, is that actually a form of racism?

Like I said,… How many months did it take for the Georgia shooting to go national?

Like I said,… How many months did it take for the Georgia shooting to go national?

It didn’t get to the media for all that time, though. And the day the media got their hands on it, they ran with it, wall to wall.

We know media knew about the Delaware shooting the day it happened. A week later … still squelched.

UPDATE:
Police now say that the suspect was killed by gun fire from police, and they released photos showing damage to police armored vehicle used in the gun battle. 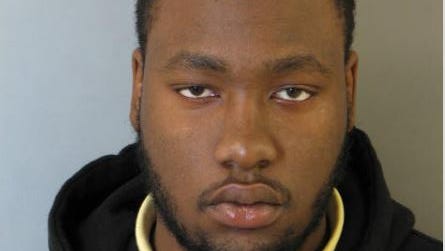 Delaware State Police confirmed on Friday that Sheldon C. Francis was killed by police during a gunfire exchange on May 8.

The victims’ son reported that the suspect attacked them with a handgun from behind. 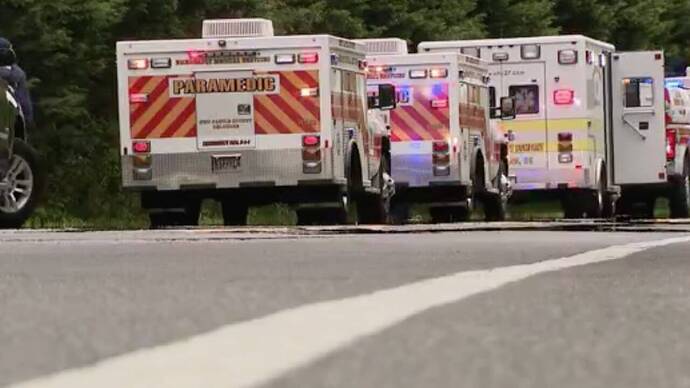 Back in November, Paul and Lidia Marino celebrated their 61st wedding anniversary. That they could die in such a seemingly senseless way was a shock, son Ray said.

Given the damage to the armored vehicle, it is a minor miracle that no police were injured in the gun battle. The police still have not released any motive for the attack.

This is still a virtual non-event in the media.