It Looks As Though Biden's Friendship with Obama Is One-Sided

Eye rolls, insults, dismissals and no endorsement for 2016, and took forever in 2020. 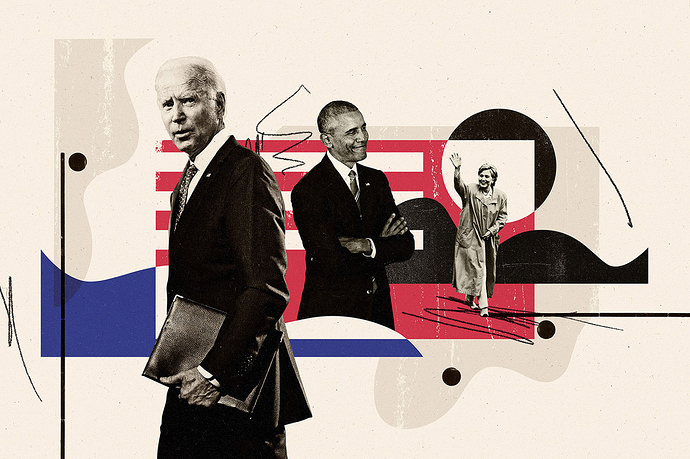 ‘The President Was Not Encouraging’: What Obama Really Thought About Biden

Behind the friendship was a more complicated relationship, which now drives the former vice president to prove his partner wrong.

Well, maybe joe likes him, but not the other way around.

Because he didn’t have *bama’s support apparently.

I didn’t write the article.

But you did start this thread.

The authors of the editorials you linked to are not here. Only you are.

But you did start this thread.

The authors of the editorials you linked to are not here. Only you are.

Okay, I’ll put it another way. I never said he did run in 2016. I never even implied it. But apparently he wouldn’t have had *bama’s support if he had.

Why did you just restate the obvious??

Now back to the real question.

I bet thats why Obama inteligently did not endorse Biden

No because he just lost his son to brain cancer.

No because he just lost his son to brain cancer.

We’ll never know whether or not Obama would have endorsed and supported Biden in 2016, because Biden didn’t run in 2016.

Does anyone even really care about 2016 at this point? Biden’s running now and Obama has endorsed him. Why would we care whether or not they “like” each other? People work well on teams together all the time without “liking” each other.

What is this, 2nd grade?

We’ll never know whether or not Obama would have endorsed and supported Biden in 2016, because Biden didn’t run in 2016.

I guess not with all of the *bama and clintoon people picking off his staff and conspiring behind his back and encouraging him not to run.

And saying things like “if I could appoint a president for the next 8 years it would be you joe.” Not exactly the St. Crispin’s Day speech.

This crap has 14 posts?
Geez the stupid crap look the other way posts are going to be stupid in the next 80 days.
Please Trump supporters, just get real and keep it normal.

From reading the articles, I think they do personally like each other.

Looks like the leadership style is where they disagreed. It also looks like Obama ‘tolerated’ Joe and was mostly dismissive of him. It would also appear Obama was dismissive of anyone who disagreed with him even though he’d give them a chance to present their argument.

There are a lot of people I like but would never be able to work with.

They may like each other, but it is obvious to me, Obama doesnt have a lot of confidence in Biden. There are a lot of people that I like.Just because I like them doesnt mean I have confidence in them to run the country.

Yet searing, anonymously sourced quotes from Obama kept appearing through the race. One Democrat who spoke to Obama recalled the former president warning, “Don’t underestimate Joe’s ability to ■■■■ things up.” Speaking of his own waning understanding of today’s Democratic electorate, especially in Iowa, Obama told one 2020 candidate: “And you know who really doesn’t have it? Joe Biden.”

If true, and I believe it is, that is a really hurtful remark from Obama. I would never make that remark about someone I considered a friend. If anything, I would say nothing. I sure wouldnt say that.

Is there any concrete evidence, e.g. a direct attributed quote or a recording, that Obama made those comments?