Do any of these former and current Republicans stand a chance of winning the primary against Trump? 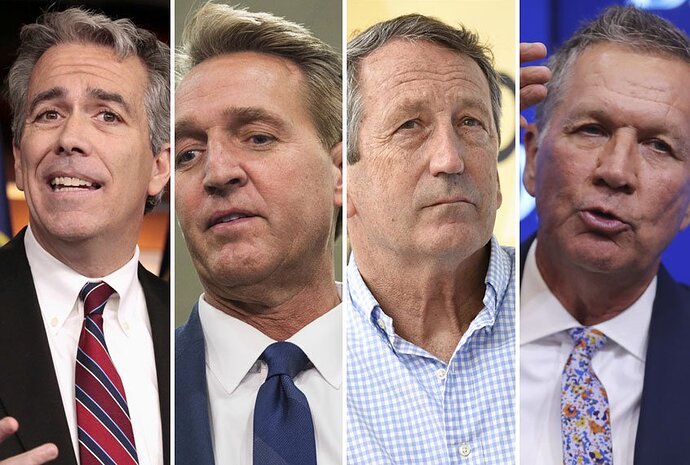 As many as five Republicans may challenge Trump in the primaries

I found this article to be interesting in that all five of the men mentioned, seem to think it is a huge longshot to unseat Trump as the nominee, however, I find it interesting that they seem willing to try. I know this won’t play well, but I always liked Jeff Flake. But Joe Walsh seems to have the right tactic.

Trump is an Ass as a campaigner, pulls no punches. Walsh said he’d turn the campaign into a bar fight. I don’t think Trump could handle an all out war of words where the words are not coming out of his mouth alone. For every thing he says about Walsh…Walsh at least appears ready to give it back. I don’t think Trump has the mental capacity to withstand a all out beating to his fragile psyche.

Just some thoughts. I don’t care if anyone agrees with me or not, just want to hear what honest opinions people have.

Joe Walsh is an interesting one indeed since he’s another Tea Party darling from 2010 revolution - and now a conservative radio host to boot.

He obviously won’t beat Trump but can be a major irritant for him.

Does this mean that there will be Republican debates? If there are going to be will they all be aired on Fox News or will they be hosted by other networks? If they are hosted on other networks will Trump boycott them?

And like Kristol said…his best case scenario that a guy like Walsh weakens Trump enough that a prominent more electable Republican jumps in the race who can beat him. I look forward to Walsh, getting into the trenches and seeing how Trump reacts to him. Bar fights are awesome to watch as long as your not getting a stool cracked over your head.

As of last night when I went to bed…watching the Chicago local news…It appears that Walsh may be getting ready to launch.

That will depend largely on the RNC Aussie. The article mentioned that some states are already cancelling their republican primaries. Unless someone can make some serious ground…it may be impossible if not all states are going to have a primary. And the RNC…which Trump is the figure-head type leader of, could bow to his wishes and say no debates. That would be a shame. I’d love to see a guy like Walsh, who seems interested in a fight, go at Trump in a debate.

I agree that primarying a sitting president is a huge longshot. And of the 5 mentioned I’d give Jeff Flake and John Kasich the best chance. There are still a lot of Republicans out there who were in the Kasich camp who would happily vote for him. And it’s possible there will be a lot of converts. But in the end it’s highly highly doubtful that any primary challenge will be remotely successful. I do hope they try it. It’ll be fun to watch the establishment GOP be forced to defend their support of Trump. That would be another delicious nail in the coffin of that party.

Thanks for that. Just a hypothetical if the RNC said no debates, then there would be nothing to stop say CNN arranging a debate with any of the Republican candidates without Trump?

Would you say the motivation of these potential to weaken Trump to the extent that the Democratic nominee wins the 2020 election?

Just another article on the subject at hand… 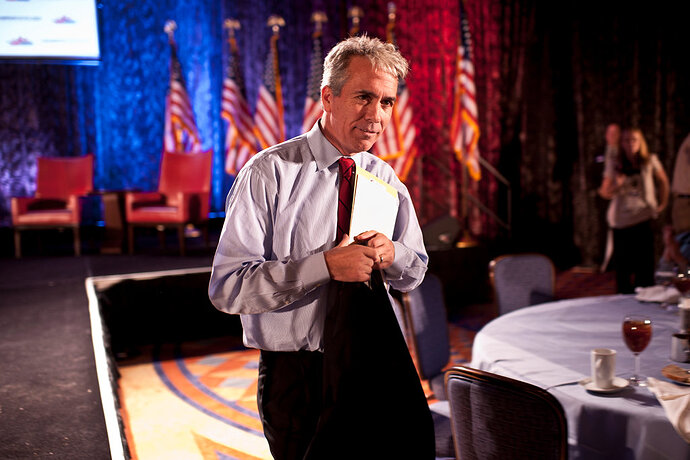 A Former Congressman and Tea Party Republican Considers a Challenge to Trump...

Correct. But without Trump those debates would be fairly useless. These candidates would gain little traction without Goliath there to slay.

So there would need to be a sufficient groundswell of opinion to ensure that D Trump appears as well.

The other possible line of attack would be to work on D Trump’s need to be the centre of attention. In essence to goad him into appearing on the debates.

No. The Trump will roll over them. Not even a speed bump.

NO Not that Joe Walsh…or as my wife said last night. Is he trying to jump start his music career again?

Still I’d like to see Walsh bring the fight to Trump and see how Trump likes being handled the way Trump handles everyone else he see’s as a threat. I want to see how he handles being bullied instead of being the bully. What will he hide behind when that happens? Let’s see if he can be presidential in the face of a candidate willing to throw down with him.

In Theory -if i was running someones campign, i would focus ONLY on NH and Iowa. Thats it. I would do national interviews with anyone, but i would not leave those 2 states. Your ONLY shot would be to win one of those states and convince the rest of the country that you could win.

But in the end -You cant.

Still I’d like to see Walsh bring the fight to Trump and see how Trump likes being handled the way Trump handles everyone else he see’s as a threat. I want to see how he handles being bullied instead of being the bully. What will he hide behind when that happens? Let’s see if he can be presidential in the face of a candidate willing to throw down with him.

Who?
The guitarist from the Eagles?

Some states are even considering canceling their Republican primaries altogether.

Canceling elections to stifle the opposition (even the futile opposition), voter suppression gone wild. The new Republican party. Thanks to CEC media. “To hell with principles, decency or tradition.” Not the GOP, I grew up with.

I put that out there without comment because I wanted to see if anyone…anyone felt the way I did about that…I can’t think of states ever canceling primaries like that…can you?