Did Russian support for Jill Stein cost Hillary the election in 2016?

Green-Party nominee Jill Stien got only little over 1% of the popular vote, but her vote count in Pennsylvania, Michigan, and Wisconsin was greater than Trump’s margin of victory in those states. Presumably most of her voters would have voted for Clinton instead of Trump if Stein had not been on the ballot, and those three states decided the election in the electoral college.

Barack Obama Democratic Donald Trump Republican The 2016 United States presidential election was the 58th quadrennial presidential election, held on Tuesday, November 8, 2016. In one of the greatest political upsets in modern history, the Republican ticket of businessman Donald Trump and Indiana governor Mike Pence defeated the Democratic ticket of former secretary of state Hillary Clinton and U.S. senator from Virginia Tim Kaine. Trump took office as the 45th president, and Pence as the 48...

State-funded RT ran this video interview with Stein just before the election:

America to choose either ‘proto-fascist’ or ‘corruption queen’ – Jill Stein...

Green Party presidential nominee Dr. Jill Stein has told RT that this year’s presidential election is about choosing between two of the most disliked and least-trusted candidates ever, while calling for a real election with more than just two...

There is also evidence that the Russian government aided the Stein campaign: 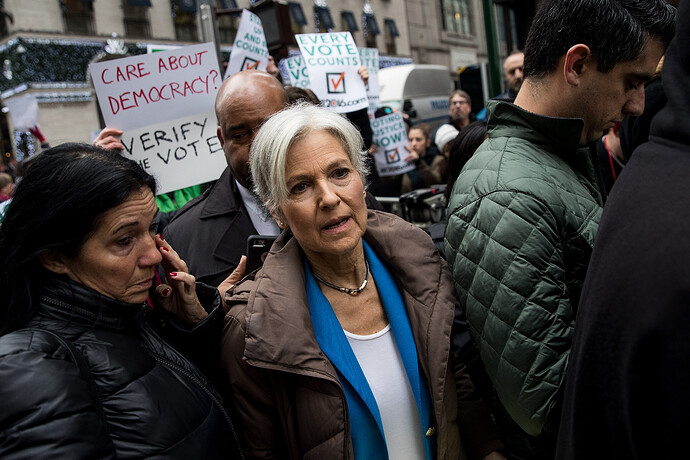 The Russian effort to divert votes to Jill Stein was more extensive than...

More than a thousand tweets were sent about the Green Party candidate by Russian operatives looking to help Donald Trump. 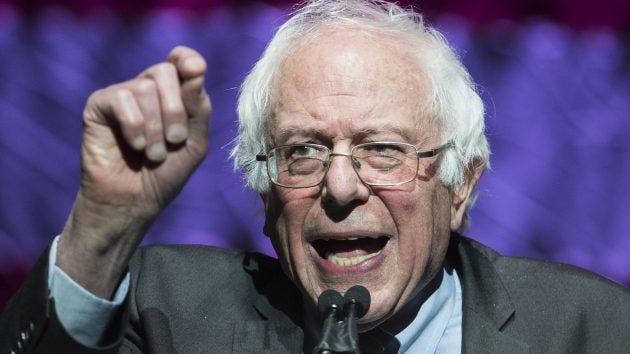 Robert Mueller's investigation shows President Trump wasn't the only candidate the Russians allegedly tried to boost during the 2016 campaign.

Did Stein cost Hillary the election?

How important was Russian support for Stein in the election results?

No, Hillary cost herself the election.

Yes, I pretty much agree with that. Hillary was a deeply flawed candidate as Jill Stein was more than happy to point out. She was foolish enough ignore the real possibility of Trump winning in Pennsylvania, Wisconsin, and Michigan while out spending him 2 to 1.

On the other hand, there are many Democrats and members of the media that have invested huge amounts of time and effort into the debunked Trump-Russia Collusion Conspiracy Theory. Stein-Russia Collusion at least offers an alternative conspiracy theory that is still plausible, and it avoids having to accept that Trump was validly elected as the result of free and fair elections.

Oh, if you started now with calculations like that, then add the votes of Gary Johnson to Donald Trump and find out how many states would have won Trump additionally…

The worst example of humanity on the planet stupidly thought that should be potus just because she deserved it and chose not to campaign based on delegates to the EC. She lost because the second worst example out campaigned her on the ground.

Did Stein cost Hillary the election?

How important was Russian support for Stein in the election results?

According to Hillary, everybody who lived and breathed cost her the election except herself.

There was a reason she lost to Obama (primary) had to cheat against Bernie (primary), and lost to a uuugggeee puts like Trump.

Hillary was the worst candidate that the democrats could possibly have picked. Yet they laid the crown at her feet largely unchallenged. Democrats were afraid of her wrath. Only Bernie had the guts to stand up to her. The primary blame must go to the DNC and democratic voters for making such a horrible decision. They only have themselves to blame.

Yes. Johnson got over 3% of the vote and his voters were arguably more likely to support Trump over Clinton. It is likely that Trump would have won with an electoral college landslide and a majority of the popular vote if Johnson had not run.

The narrative from the media has been that Trump-Russian Collusion is the main reason why Trump won, and Trump has been repeatedly labeled as a “threat to democracy”. Of course, now that the collusion narrative has been proven wrong, it is obvious that a far bigger threat to democracy has been attempts by many anti-Trumpers to delegitimize the election process and to stifle free speech using violence and intimidation.

Yes, of course the fact that the Democratic primary system was rigged to favor Clinton certainly made it easier for her to defeat Bernie. On top of that CNN contributor, Donna Brazile, leaked debate questions to Clinton, yet CNN is still one of the hosts for this year’s debates.

Somehow Trump is the “threat to democracy” according to many Democrats, and they ignore the dirty tricks used to help Clinton defeat Bernie.

Or things like having several outcomes come down to a coin toss and having Hillary win every singe one of them? What are the odds? What was it six out of six? Yet the libs still maintain that their party is made up totally of saints and angels.

The Russian theory is kind of like you had a huge oak tree that died and found out that several months ago a cat rubbed itself against that tree and you blamed the cat for killing the tree.