The Governor of Illinois officially designated abortion a “fundamental right” throughout his state Wednesday; removing nearly all restrictions on the practice after several conservative states passed so-called ‘Heartbeat’ legislation.

“The governor of the US state of Illinois on Wednesday enacted a law establishing a ‘fundamental right’ to abortion and removing old laws that criminalized the procedure,” reports France24. “The Illinois law was passed in response to a wave of bans and restrictions approved in other states, and Governor JB Pritzker hailed it as ‘a beacon of hope in the heart of this nation.’”

“Those opposed to women’s reproductive rights are emboldened,” the governor said, “And their hopeful eyes are on the highest court in the land.”

“We are building a firewall around Illinois to protect reproductive access for everyone,” said one state representative.

“The signature puts Edwards further out of step with the Democratic Party, whose platform is to allow the government to pay for abortions. Lawmakers in blue states also are pushing for looser restrictions on abortion and to codify abortion rights,” reports the Washington Examiner.

“I know there are many who feel just as strongly as I do on abortion and disagree with me — and I respect their opinions,” Edwards said Wednesday. “As I prepare to sign this bill, I call on the overwhelming bipartisan majority of legislators who voted on it to join me in continuing to build a better Louisiana.”

It’s Democrat Politicians right, to burn in hell, for playing God, and slapping God in the face by allowing Abortion.

JB Pritsker is a con artist, that enjoys being corrupt, who is the current Illinois
governor, and a *** Socialist! Chicago, IL. is one of the most well known corrupt places throughout the United States, and that explains why Democrat Politicians in general support Abortion! 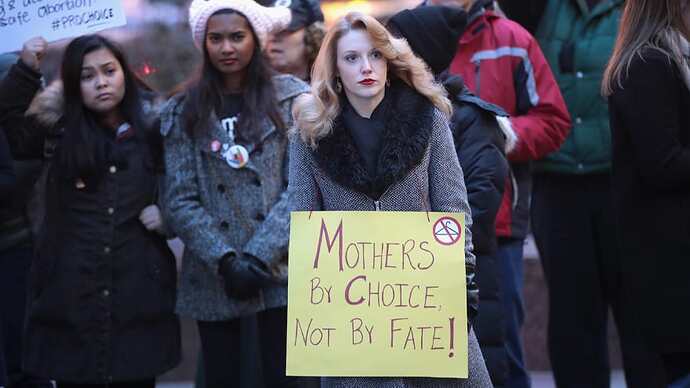 The Governor of Illinois officially designated abortion a “fundamental right” throughout his state Wednesday; removing nearly all restrictions...