There was an event scheduled to honor actor Burt Reynolds and part of it was to have his “bandit car” performa jump on a street in Detroit.

During a city council meeting last week, Councilman Scott Benson said the Bandit car “still proudly flies a Confederate flag, which is a symbol of oppression, slavery, as well as home-bred American terrorism.” 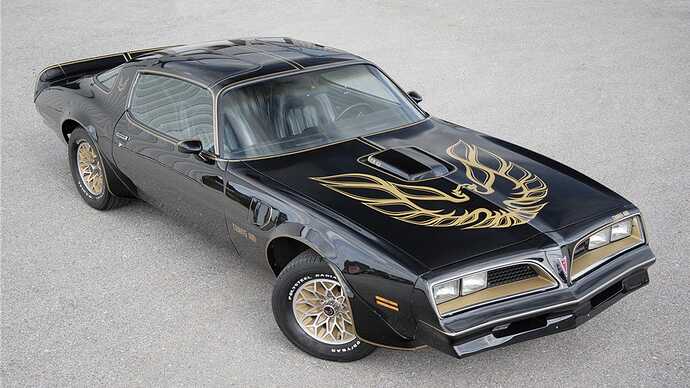 The council member is an idiot but there is still hope:

Benson said because a waiver was placed on the City Council’s vote, it could not be reconsidered for another vote. Eight city council members either voted against or expressed their disapproval for the stunt jump request. Councilman Gabe Leland was absent.

But I doubt it. Liberal town so I’m sure the liberal city council members will double down on stupid over a license plate from a 1977 movie that isn’t even on the car in question.

So are you are upset with how confederate flag symbolism is viewed in 2019, or that it is only on the license plate (and therefore should be ignored)?

Not sure what you disagree with.

I disagree that the council should vote against an event just becuase they are concerned the poor snowflakes of Detriot might have their feelgoods hurt by seeing an old Georgia state flag.

Feel free to take your disagreement to the ballot box at the next election.

1st amendment issue here. Whether you think using that flag is good bad or indifferent, the government shoouldn’t be prohibiting its showing.

1st amendment issue here. Whether you think using that flag is good bad or indifferent, the government shoouldn’t be prohibiting its showing.

The government prohibits all sorts of visual things in public. Hell look at the uproar when Janet Jackson popped a nipple out at the Super Bowl.

And yet the government cannot stop the buring of a flag. Can it then ban showing a flag?

It did not ban anything, it did not provide a public permit for a special event…

The government has not prohibited the showing of the confederate flag.

Detroit is 82% Black. Why should they have to put up with Confederate nonsense? Good for them. I’m sure Charlottesville or some other southern city would be more than happy to host this event.

It banned a public jump of a car in conjuction with an event. Not becuase the jump wouldn’t be safe. Not because it would shut down traffic. Not for any reason other than a confederate flag license plate on a car.

No. They refused to grant a permit. They are under no obligation to do so.

They didn’t prohibit anything.

Why try and extrapolate the single issuance of a permit into a “ban”; you do no service to your argument by doing that.

It appears that the City is upset about a prior permit they issued for a similar event and circumstance that was not adhered to. I wonder if similar parties are involved?

The 82% Black population of Detroit Michigan does not give a ■■■■ about Burt Reynolds.

Yes the hypersensitive PC culture is getting on everyone’s nerves except for some uppity liberals.

Whites are ever so slightly less likely than average to believe that political correctness is a problem in the country: 79 percent of them share this sentiment. Instead, it is Asians (82 percent), Hispanics (87 percent), and American Indians (88 percent) who are most likely to oppose political correctness. As one 40-year-old American Indian in Oklahoma said in his focus group, according to the report:

It seems like everyday you wake up something has changed … Do you say Jew? Or Jewish? Is it a black guy? African-American? … You are on your toes because you never know what to say. So political correctness in that sense is scary.

So as we can see it’s the 21% fringe white liberals that’s driving this “Everything’s Offensive” culture. No one would have cared about Burt Reynolds car in Detroit 10 years ago.

do you really need to buy a permit in Detroit if your battery dies?

It banned a public jump of a car in conjuction with an event. Not becuase the jump wouldn’t be safe. Not because it would shut down traffic. Not for any reason other than a confederate flag license plate on a car.

So if the license plate had swastikas or a blood drop cross you also think the city should also be OK with it?

If the plate doesn’t violate any law on the books, it should be allowed. Free speach you know.