A court filing since the impeachment vote shows that that Democrats are still searching for more evidence for new impeachment articles. For details see: 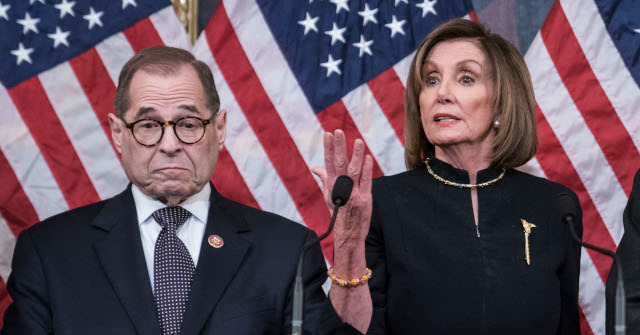 The House panel said it still wants Don McGahn to testify because it could potentially lead to "additional articles of impeachment."

Of course they did not have time to wait for the courts to act and instead passed articles of impeachment based on “obstruction of congress”.

Is Pelosi’s stalling on sending the impeachment to the senate based on hopes that new evidence will show up?

My opinion is that Democrats and their allies in the media were counting on the Mueller report as the basis to impeach Trump. Instead the report showed nothing worthy of impeachment in spite of two years and tens of millions spent on the investigation. Even they recognize that the current impeachment articles don’t pass the laugh test.

At what point is Pelosi going to call it quits?

What does it matter how long it takes to get the articles over to the Senate if President Trump did nothing wrong?

Independent voters probably like extended impeachment investigations from the left. Likely they’ll enjoy them more as the weeks/months tick by, too. We’ll find out together. Probably not until election night.

So then why the rush to impeach Trump on the 2 existing lame articles of impeachment?

With the way the polls are going it won’t end up the way Nancy is hoping.

The more purely partisan she acts the more she’ll turn them towards the republicans and at the same time energize the republican base like we haven’t seen since the Reagan Era.

“Might result in more articles of impeachment”. Definition of a fishing expedition.
They have to have some basis for still wanting impeachment testimony after they had already impeached, to keep the subpoenas from being moot. They just made it up.

“Show me the man and I’ll find you a crime”.