This is a companion discussion topic for the original entry at https://www.hannity.com//media-room/cuomo-confusion-ny-gov-says-florida-stealing-residents-blames-high-taxes-on-trump/
Abby February 13, 2019, 6:27pm #2

No, Mr. Cuomo, what is going on is the rest of the United States is no longer subsidizing your state. That is what the presidents tax plan did. There is no reason people in other states should be supporting your outrageous tax and spend policies!

Excuse me Governor, but neither Trump nor Washington enacted the state and city tax rates in New York. That is all on you.

This has got to be one of the stupidest Governors alive! He can’t figure out why he has a deficit? How about paying for all the illegal aliens education, medical care and public facility use. Keep up the great work protecting these criminals you scumbag piece of garbage.

I live in NY And conservative and outraged with this liberal agenda turned radical . I do need to correct and say no state subsidizes NY , never has . In NY we pay 130% to subsidize other states. That needs to stop as wel as ridiculous property taxes and maybe people won’t be running from here. Gov cuomo , it’s your fault and yours alone. You and the debalsio joker need to hit the road . Take that pos Schumer , and Cortez physcho while your at it . TRUMP 2020

NY along with 13 other states subsidize the rest of the country betweeen paying states and giving states.

The NY Tri State area ( NY,NJ,CT,) pays the top 3 of all giving states.

NY sucks, with this liberal idiots , but I’m sick of paying out my ass for everything.

Florida is stealing residents? LMFAO…
Midget Cuomo has a pee brain. How do morons like him become so rich and successful? It is all Trumps fault that the Communist Administration of NY is swirling the sewer drain. That is rich. Cuomo should have been an abortion statistic.

“New York’s high per-capita payment to Washington relative to other states is driven by its higher-than average contributions in corporate taxes, individual income taxes, and social insurance taxes, such as Social Security and unemployment, the comptroller found. Meanwhile, New York receives less per capita than other states when it comes to federal workers’ wages and defense spending, but more than other states for Medicaid.” 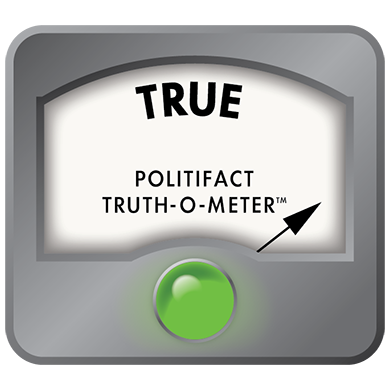 Does NY send more to Washington than it gets in return?

Irrespective of the actual numbers you cite, it is clear that NY is paying more in Federal taxes overall on a per-capita basis. And it should be paying them too given the insistence on a progressive tax structure at the state and Federal level and the lack of a significant Federal Government presence in your state’s economy, e.g., NM has a MAJOR national laboratory in the state that accounts for the significant amount of Federal money it gets, UT, MT, NV, WY and other western states have had the Federal Government literally turn huge swathes of their states into National Parks that they cannot develop economically, WV, OH and PA had energy producing businesses regulated out existence during the Obama Administration that led to huge economic deprivation, the Rust Belt had it’s economic viability outsourced to China by the likes of Wall Street investors and politicians at all levels, etc. But this also means that, like California, New York relies on a comparatively few number of businesses and individuals to support a significant portion of their state’s tax burden: NY disproportionately relies on the financial engineering from Wall Street far more than other other businesses for corporate taxes, all while the state receives disproportionately more in Medicaid and Medicare funding to support the indigent residents, be they legal or not. In the end, taxpayers - be they companies or individuals - who used to foot the tax bill for NY are leaving the state for friendlier tax jurisdictions. Hence the now likely PERMANENT shortfall in NY tax receipts that your own residents imposed on themselves. Time to pay for it.

Get out while you can. Only don’t bring the stupid policies that turned states like NY into a taxpayer hell to where ever you end up. Remember that there is a reason you left in the first place.