I guess the dimocrats are back to “believe the women”. This week. Interesting how his potential resignation would promote a woman AND knock out a kamala 2024 challenger at the same time.

A mess of an op, but Cuomo should resign.

Pretty hard to defend this if you’re a Cuomo fan. From the article:

The monthslong probe concluded that Cuomo “sexually harassed multiple women, and in doing so violated federal and state law,” James said at a press conference.

The 165-page report, which comprises interviews with 179 witnesses and a review of tens of thousands of documents, also said that Cuomo’s office was riddled with fear and intimidation, and was a hostile work environment for many staffers.

It’s not the record-setting dead New Yorkers, it’s the #MeToo.

He should resign or be forced out.

when democrats turn on a democrat, only then do other democrats jump on the pile

they do stick together

Anyone have a copy of his book lying around? I want to read it just to see how much ■■■■■■■■ he spewed. Definitely not buying it though.

Sure… no sweat off my back.

next on cnn, cuomo brothers hour

Is his brother’s show on tonight? I may have to tune in to see this…

Is his brother’s show on tonight? I may have to tune in to see this…

biden gonna call for his resignation after they wake him up from his liddy lid?

Remember when they wanted to run him for President? You 'member…

Remember when they wanted to run him for President? You 'member…

heard talk of him as AG too… 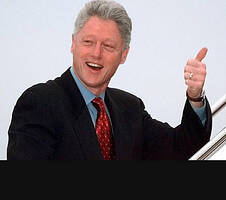