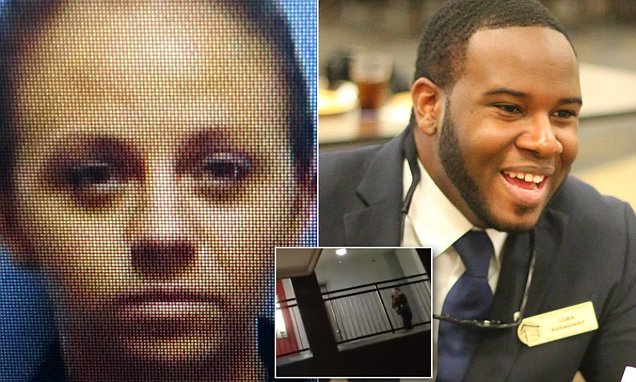 White cop who shot dead her black neighbor to be charged

Amber Guyger, 30, was identified as the off-duty officer who shot 26-year-old Botham Jean in an apartment block in south Dallas, Texas on Thursday night.

Edit: note that the article preview title is misleading. She is yet to be charged.

Can you honestly say that if it was a black guy entering the wrong apartment and shooting a white cop, that there wouldn’t be an arrest made immediately? This case is more evidence that the justice system let’s cops get away with violence beyond the scope of their duties. This woman should be charged at least with manslaughter, and should have been arrested. I’m sorry, you dont accidentally walk into someone’s apartment, kill them, then not be charged.

I agree with all of this. Hard to understand how you can enter the wrong apartment, especially if you’re not under the influence of alcohol or drugs. And yep, a black dude shooting a white cop…you already know how it’d go.

If she got “home,” and door was ajar, and she thought it was her own apt. She pulls her gun in case she is coming home in the middle of a robbery, shoots when she sees big guy in her house.

If the above is correct, it was a terrible accident. Even if she was drunk, it was still an accident, which may or may not be involuntary manslaughter.

Where did you read this?

Not sure. I think the bigger question is, how do you enter someone else’s house/apartment, shoot and kill them, and not be arrested?

Not sure. I think the bigger question is, how do you enter someone else’s house/apartment, shoot and kill them, and not be arrested?

Things that make my left eyebrow go WAAAAAY up.

I wish I could independently control my right eyebrow. I grew up wanting to be Jim Carey.

They were able to say so much without saying anything at all.

Do you have a link? 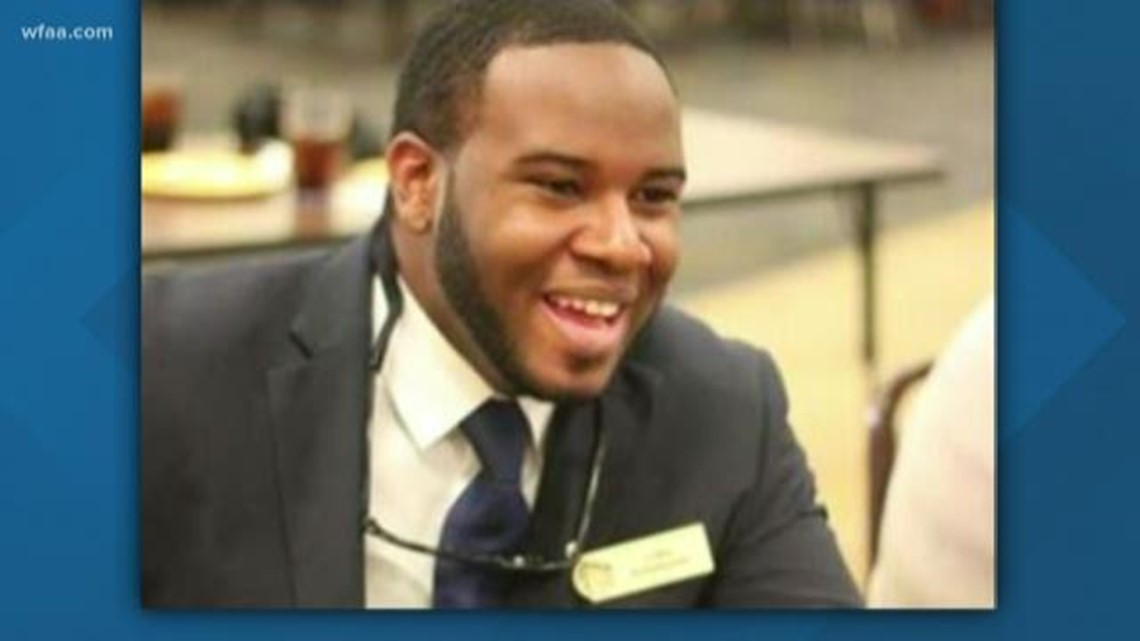 Officer Amber Guyger fatally shot Botham Jean, 26, after entering Jean's apartment at the South Side Flats, mistaking the unit for her own, police said.

That is a very good question. I can understand getting off on the wrong floor, as some apartment buildings floors are all the same. And I can maybe even believe trying to enter the wrong one, not realizing you are on the wrong floor.

What makes no sense at all is apparently she tried to unlock the door, and of course the key wouldn’t work. Wouldn’t she stop and think at that point maybe she was mistaken? Are the apartment numbers not on the door?

Then according to what I heard, the man heard her at the door and then opened it. Did she immediately shoot, not even giving him a minute to ask why she was at his door?

It should have been obvious to her that he wasn’t armed.

By all accounts I’ve heard, he was a wonderful guy with a great future ahead of him. Now his family is preparing to bury him. It’s unbelievably tragic and senseless.

I think she will be charged, maybe as early as this week. She should spend quite a bit of time in prison for this.

It should have been obvious to her that he wasn’t armed.

Cops seem to be trained to be trigger happy

Yes unfortunately we are seeing this time after time. Her gross over reaction has resulted in the death of a young man.

He clearly made a furtive movement.

I hope the young man has no criminal record. If he does, they’ll label him a thug and make it his own fault he was killed.

Love how everyone is jumping to conclusions and demanding instant justice before the investigation is done. So sadly typical in these kinds of cases.

Obviously something very messed up happened and I fully expect that the officer will be charged. But it should come after a thorough investigation and not because of faux outrage over alleged past injustices.

Everyone demanding instant justice and comparing it to civilian shootings are missing two important details. One is that unlike civilians cops are legally empowered to use deadly force in certain situations where a citizen is not. I’d have to make wild speculations based on so far not present facts (aka pull **** out of my ***) to create such a scenario in this case (even though thats what many do in shootings) but the investigators still have to make a more solid case.

More importantly though is that the reason arrests happen quicker in non cop shootings is to protect the public. A bad guy who murders someone can obviously be considered to a substantial threat to the public as they are a substantial risk to commit more crimes. You would be hard pressed to make such a case in the majority of police shootings, especially when they happen on duty in the heat of the moment. We don’t know enough yet in this case to understand why the shooting happened and while you can obviously speculate that the officer ****** up majorly it would be hard to credibly argue she is a risk to go out and kill anyone else (though suicide might be a risk). Same deal with Officer Noor in Minneapolis who quite obviously ****** up in unjustly shooting Justine Damond - they didn’t arrest him immediately either.