Control of the senate

how will the senate break down after the election

will the dems flip it?

I’ve got to go with DEMs 51-52 now that Trump has torpedoed any Stimulus Bill providing relief to American households.

The promised bailout to the Airlines was part of it and they just fired 10 tens of thousands of people because the stimulus wasn’t passed by October 1st. This exacerbates that one also. Not only does it impact airlines, it impacts airports, and all the residual jobs that air travel brings like hotels, restaurants, car rentals, etc. 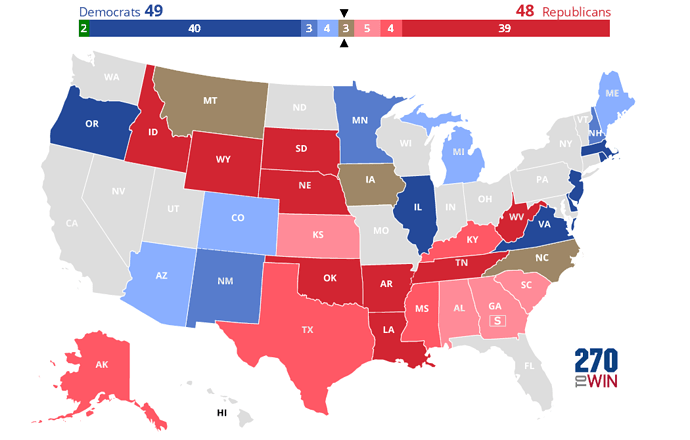 That is the current consensus Senate map.

It is going to be a very closely divided Senate, no matter what.