Has Trump just exacerbated the “forever war” he said he was trying to get us out of? 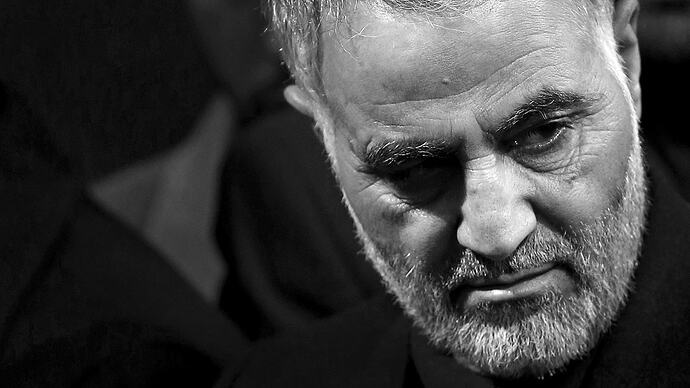 The Dangers Posed by the Killing of Qassem Suleimani

By killing the Iranian commander, the Trump Administration has risked a wider, more unpredictable conflict, which could flare in many places and in many ways.

U.S. officials from previous Administrations have said that Suleimani did not live as a well-guarded recluse like Osama bin Laden, in Pakistan, and the military could have killed him; but the U.S. decided that it was not worth provoking a large-scale retaliation. “Suleimani was lucky,’’ Meir Dagan, the former head of Mossad, the Israeli intelligence agency, once told me. “It’s important to be lucky.” (Dagan died in 2016.)

Iran will strike where US soldiers are not well protected.

Ever since the Trump Administration walked away from the nuclear deal signed under the Obama Administration, the U.S. and Iran have engaged in a series of provocative acts. By killing Suleimani, the Trump Administration has risked a wider, more unpredictable conflict, which could flare in many places and in many ways. It’s hard to imagine that the Iranian regime won’t respond to the American strike—it will feel that it has to. But where, and how? Maguire told me that the Quds Force has long specialized in two tactics: hostage-taking and truck-bombing. But the Americans are so well fortified in Iraq (and across the Middle East), and the American military presence in Iraq is so robust, that it’s more possible that the Iranians, if they decide to retaliate, will do so elsewhere. “It’s a better bet that they will choose another place—somewhere where the Americans are not as well protected,’’ he said.

I expect we’ll probably see more attacks in Europe, Israel, or other places where we have troops stationed. Nothing like giving them a legitimate reason and backing up their previous rhetoric. What better way to prove we aren’t like terrorists than to start acting like terrorists?

As I said…we had plenty of opportunities to kill him What I want to know what changed.

after three years plus of non stop brutal through the heart haranguing of trump you think now he decides to throw up a distraction?

He was impeached last month, not three years ago.

As there slogan goes, “Yes, the New Yorker.” If you look at the contents, they are reporting the views of a senior Mossad official. Israeli intelligence is just about as good as it gets.

He was impeached last month, not three years ago.

so he waited weeks to distract from the nation’s biggest “impeachment over nothing?”

As there slogan goes, “Yes, the New Yorker.” If you look at the contents, they are reporting the views of a senior Mossad official. Israeli intelligence is just about as good as it gets.

As I said…we had plenty of opportunities to kill him What I want to know what changed.

Trump needs a distraction going into an election year, and he’s trying out the plot of Wag the Dog.

Well I can rest easy

It was a stupid move to kill a high ranking general of another country with a coalition of support.

This recklessness helps illustrate why Trump shouldn’t be president.

Why should she send it to the Senate when the leader of the Senate is saying it won’t be a fair trial? What’s the point?

The whole thing feels like it is rapidly spinning far out of this administrations ability to control.

Well I can rest easy

eliminated the North Korean nuclear threat, his son in law is in charge of Middle East peace, and now Donald

has promised there will never be a nuclear armed Iran.

These are great days we’re living in, people! The rise of Donald

and his Amazing Technicolor Administration!

Yeah, the only thing that makes sense is they needed something to change the news cycle. Unfortunately for us, it was an incredibly stupid thing to do.