with a possible snap election coming due to the on going scandal with the Liberal party, the new leader is going to have a lot on their plate.

there are four people in the running.

we have Leslyn Lewis the political new comer but a very well educated woman holding PhD and a law degree, her policies call for expanding the party “Big Old Tent”.

we have Peter MacKay one of two political veteran, a moderate centralist and former leader of the Progressive Conservative party, Peter is the heavy favorite, his policies are moderate forcing mostly on economic growth.

we have Erin O’Toole the other political veteran long time party member who served as in Harper government. O’Toole is a Veteran and his policies include economic growth post COVID.

and finally we have the new kid Derek Sloan the social conservative who is running on a campaign on protecting free speech, and ending “PC culture” 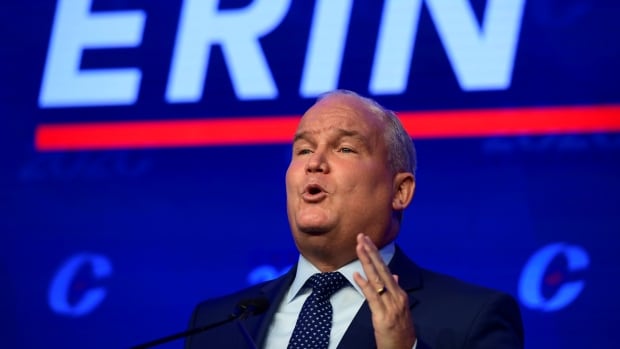 Erin O'Toole won the leadership for the Conservative Party after three rounds of ballots. Technical glitches delayed the results for hours, until early Monday.

Could mail in ballots create unnecessary problems that can easily be over come by voting in person?

which were mailed in a sealed envelope inside another envelope, were being opened automatically.
"What’s been happening is the machine is ripping or cutting some of these ballots," she said.
Up to 4,000 ballots that were damaged had to be either taped back together or manually remarked on a new ballot.