Canada changes stance on Palestine for the first time since 2006

Canada has since 2006 sided with US on the issue of Palestine and their right self-determination in over a dozen resolution but Canada has moved to the other side of the issue for the first time.

oddly enough this resolution was put forward by North Korea I can understand why they view the importance of self-determination.

Canada voted for a UN resolution this afternoon in support of Palestinians’ right to self-determination.

The vote marks a major departure for Canada, which has declined to support substantially the same resolution through 14 consecutive votes since Stephen Harper came to power in 2006.

Tuesday’s resolution was opposed by Israel, the United States and three Pacific island nations that depend heavily on U.S. aid and tend to vote with Washington at the UN: the Marshall Islands, Nauru and the Federated States of Micronesia.

Speaking on background, an official at Global Affairs Canada said the vote sends a message that Canada does not agree with U.S. Secretary of State Mike Pompeo’s assertion on Monday that Israeli settlements in the Occupied Territories are “not, per se, inconsistent with international law.” 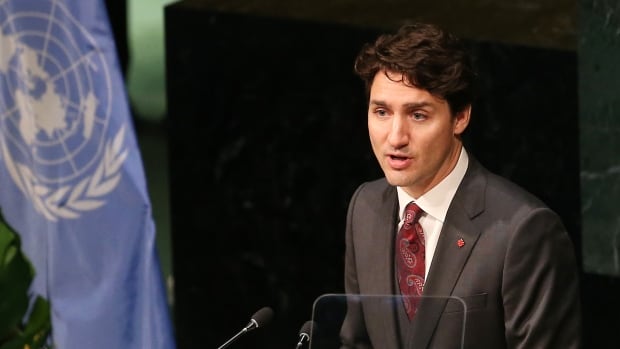 Canada reverses UN stance on Palestinians in break with U.S. over settlements...

Canada has reversed its recent voting history at the UN in an annual vote on Palestinians' right to self-determination, switching from a No to a Yes - one day after U.S. Secretary of State Mike Pompeo announced the U.S. no longer considers Israeli...

They should open the door to all the Palestinians and provide them transport.

In the end, U.N. General Assembly resolutions are symbolic only.

The only substantive resolutions must come from the Security Council and the United States and its absolute veto will prevent any such resolutions from passing.

The UN is useless…

They should open the door to all the Palestinians and provide them transport.

Just because Canada truly is Odie to America’s Garfield, I checked after reading this and they apparently do take in Palestinians on a regular basis.