Canada alone in its diplomatic fight with China

Canada seem to have no allies when it comes to diplomacy as we are feeling the pressure from China with little support from the west. Dozen of Canadian have been arrested in China, one Canadian has his prison sentence converted to death sentence. This is all because Canada helped America in arresting a high profile Chinese CFO.

Canadian Robert Schellenberg faces execution on drug charges after an unusually abrupt, accelerated and public retrial this week in a Chinese court. Two Canadians, Michael Kovrig and Michael Spavor, are being held by China for espionage — not yet charged, deprived of sleep and interrogated daily for more than a month now, according to Canadian diplomats.

Other Canadians in China have complained of surprisingly harsh treatment for minor infractions.

None of this violates Chinese law, which bends easily to Beijing’s political objectives. But observers say it signals a new level of aggressiveness for a rising power quite prepared to throw its weight around when other nations’ actions don’t match its world view. 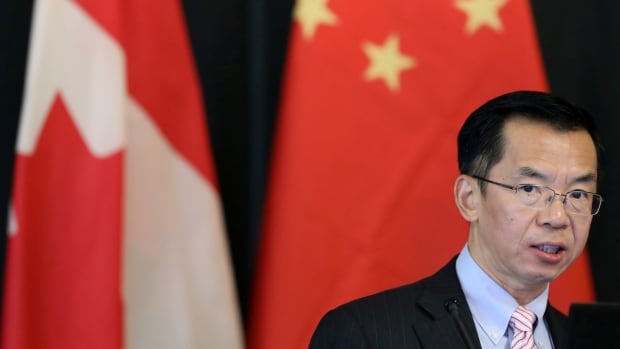 Beijing digs in: Canada's complaints are met with 'death-threat diplomacy' from...

Observers say recent Chinese actions signal a new level of aggressiveness for a rising power quite prepared to throw its weight around when other nations' actions don't match its world view.

According to this guy who lives there, China is getting tough on westerners who live there too… Kind of scary. I had hoped trade would make them more democratic. I was wrong.

China is moving to take America place as the global super power, and its going to be ugly.

Yeah, we don’t stand by our allies anymore I guess.

Yeah, we don’t stand by our allies anymore I guess.

To be fair, with Trump at the helm, no one expects anything.

. I had hoped trade would make them more democratic. I was wrong.

. I had hoped trade would make them more democratic. I was wrong.

You aren’t wrong, it’s just a very slow process. Look at them in ten year snapshots and there is much progress.