The timing and scale of the attacks suggest the Russians may be looking for the same kind of damaging information on Joe Biden that President Trump wanted from Ukraine, security experts say.

The hacking attempts against Burisma, the Ukrainian gas company on whose board Hunter Biden served, began in early November, as talk of the Bidens, Ukraine and impeachment was dominating the news in the United States.

The hackers fooled some of them into handing over their login credentials, and managed to get inside one of Burisma’s servers, Area 1 said.

“The attacks were successful,” said Oren Falkowitz, a co-founder of Area 1, who previously served at the National Security Agency.

Why would Russia do this?

The Russian attacks on Burisma appear to be running parallel to an effort by Russian spies in Ukraine to dig up information in the analog world that could embarrass the Bidens, according to an American security official, who spoke on the condition of anonymity to discuss sensitive intelligence.

Who could it possibly benefit?

Looks like the Russians are trying to win won for the Trumper again. I wonder if they might have a meeting at Fox Tower with Don Jr to discuss the findings.

Don Jr will tweet about some new evidence he found about the Bidens next week.

Hacking is cool as long as it benefits Trump* and his goons.

Who could it possibly benefit?

Isn’t it wonderful that President Trump has such an efficient and professional intelligence service working for his administration!

Yep. Too bad they’re from another country.

Did they find The Server??

Yep. Too bad they’re from another country.

But such a good country to turn to when the banks in your country refuse to provide more capital.

How long until we learn about communications between trump associates and Russia on this?

I’m sure Rudy has it.

It’s good to be friends with Russia. 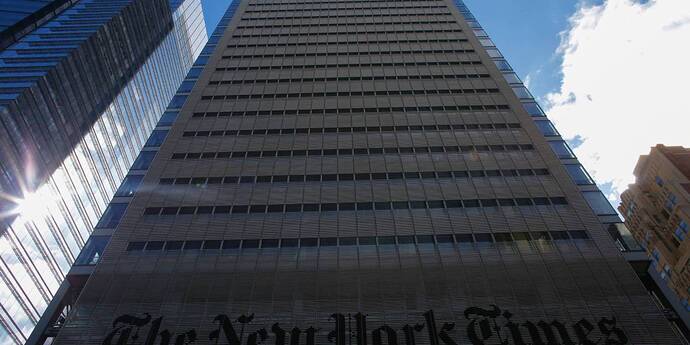 President Donald Trump has repeatedly described the New York Times as “failing,” but its latest results tell a different story.

It’s good to be friends with Russia.

No more is Russia the dangerous place that Romney warned us about when he ran for president. Everything is just fine with our pals the Russian government. Just ask Putin, he’ll tell you the same.

Oops - scratch that - just ask Trump. Putin doesn’t want to give an answer. His “unofficial” answer will come from his American mouthpiece.

Speaking of which, when will we get the deets from Rudy’s investigation in Ukraine?