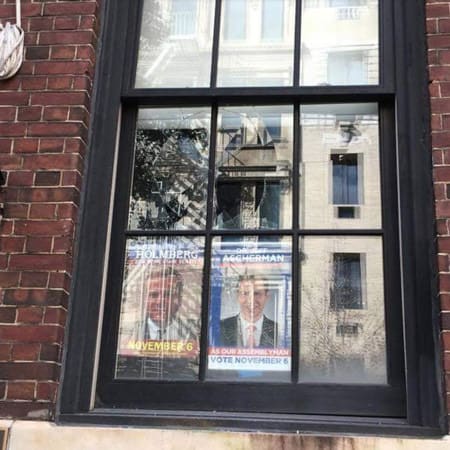 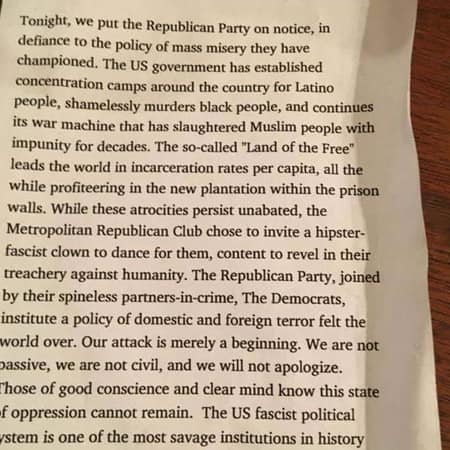 The vandals leave a note.[/caption] 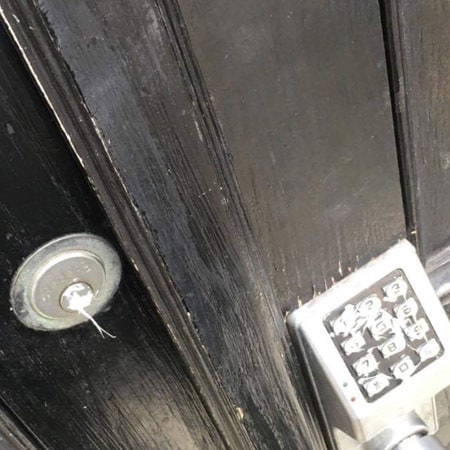 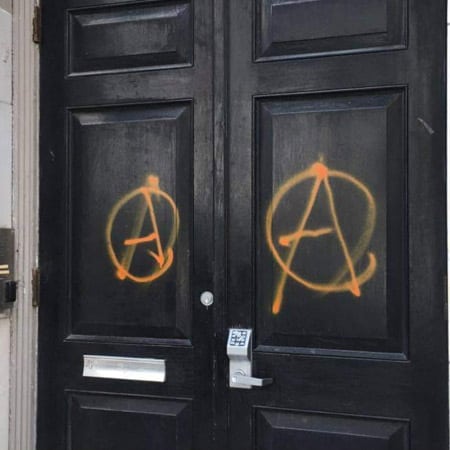 Spray-paint is left on the doors.[/caption]

The attackers left an ominous note at the scene, saying “The U.S. government has established concentration camps around the country for Latino people, shamelessly murdering black people, and continues its war machine that has slaughtered Muslim people with impunity for decades.”

“Our attack is merely a beginning. We are not passive, we are not civil, and we will not apologize. Those of good conscience and clear mind know this state of oppression cannot remain. The US fascist political system is one of the most savage institutions in history and we will combat it relentlessly until all are free of American barbarism,” adds the note.

This is a developing story. Check back for updates.

They are literally destroying any chance they have of making any inroads in the mid-terms. This stuff will be used against DEMs in campaign adds.

DEMs are unhinged and dangerous.

I can’t imagine what kind of destruction they will perpetrate if they fail to win many seats in November.