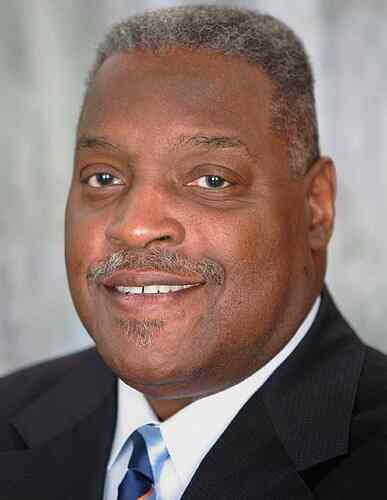 Art Shell’s imposing size instantly made him a memorable figure when he arrived on campus in 1964 to play football. What could not be known that fall day would be his impact on the game – and his alma mater.

The son of a railroad worker, Arthur L. Shell was a two-sport, all-state athlete at Bonds-Wilson High School in North Charleston, S.C. At 6-feet-5, his height made him a natural on the basketball court; his quickness and strength as a two-way player on the gridiron made him one of his era’s most formidable linemen.

During his college football career, Shell earned All-America honors twice, was a three-time All-Central Intercollegiate Athletic Association selection and caught the eye of professional scouts. It would be the Oakland Raiders who selected him in the third round of the 1968 professional draft. 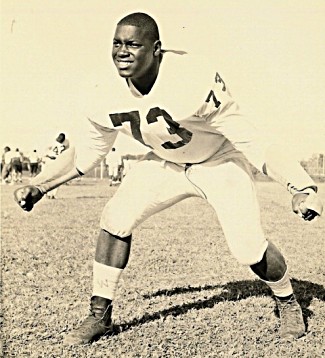 “The primary thing we saw in Art was his great size … but we were also excited that he was an accomplished basketball player,” former Raiders coach and TV analyst John Madden said. “With that size, combined with his ability to move his feet and the agility he showed on the basketball court, we knew we had a quality prospect.”

Shell proved Madden a shrewd judge of talent. He excelled on special teams his first two years as a pro and then got a chance to start when an injury sidelined veteran left tackle Bob Svihus in 1970. For the next 13 seasons, the 265-pound Shell consistently ranked as one of the National Football League’s premier offensive lineman.

Paired with left guard and Hall-of-Famer Gene Upshaw, the two formed an imposing blocking tandem throughout the 1970s and led the Raiders to Super Bowl victories in 1976 and 1980.

During his 15 years as a player, all with Raiders, Shell participated in eight Pro Bowls, was selected All-Pro twice and played in 23 post-season games. That career led to his enshrinement in the Pro Football Hall of Fame in 1989, the only Hawk alumnus so honored.

That same year also marked another important professional milestone for Shell. His old team had a disappointing 1988 season and won one of its first four games in 1989. The late Al Davis, Oakland’s colorful team owner, replaced head coach Mike Shanahan with someone imbued in the “Raider Way.”

Shell ascended to the Raiders’ head coaching job at mid-season, making him the National Football League’s first African-American to achieve that distinction.

During UMES’ 125th academic year, six of the NFL’s 32 teams were led by African-Americans. Shell maintains a presence at UMES, routinely attending alumni events and lending his name to a fund-raising celebrity golf tournament.

Side Note:
I got the chance to meet brother Art Shell when I volunteered to help with his celebrity golf tournament down on the Eastern Shore of Maryland. Great guy. As a fellow Hawk and Alpha brother, I appreciate his contributions to the NFL, the black community and the community of the U. of Maryland - Eastern Shore. Go Hawks!

Thanks for this. Was a huge fan of the Raiders back in the 70’s and loved Art Shell. Was proud when he got named head coach of the Raiders.

That man is a physical specimen.

I loved seeing Shell on the sideline for my Silver and Black. If Bo didn’t get hurt they might have gone to the Super Bowl and got a ring for Art.