I wonder, did the execs at Bitcoin get salaries of, say

Didn’t Sean used to advertise gold on this website.
Sean’s a smart guy. 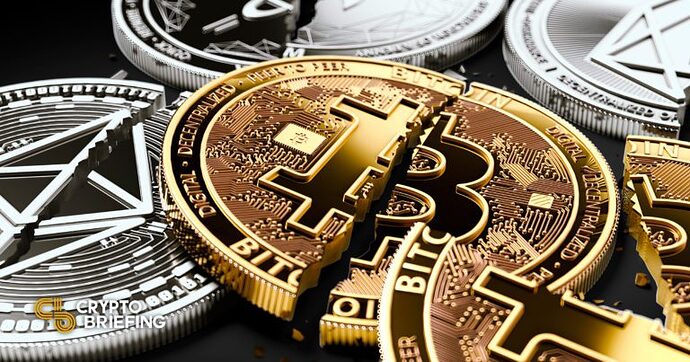 Bitcoin and Ethereum could be on the verge of a major correction after both cryptocurrencies dipped below critical support zones.

Anyway Bitcoin and Etherium are in a tail spin.

It does not look like the final end for them (yet) but they each took a pretty big nose dive today as investors fled cryptocurrencies and put their money back into stocks today. 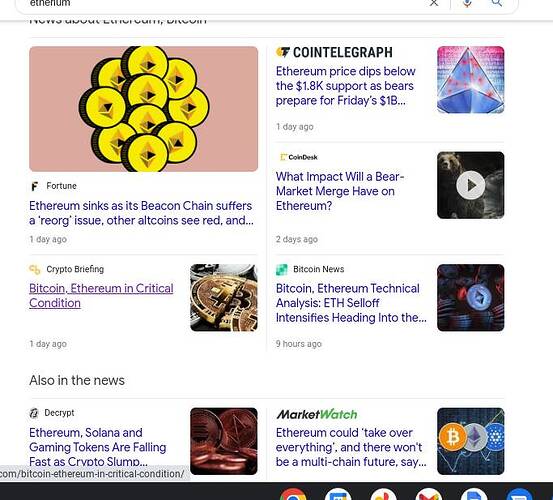 These could have really been alternate currencies and they decided to sell them like stock futures. ■■■■ these guys for ruining it.

It was fun riding it into the ground.

These could have really been alternate currencies and they decided to sell them like stock futures. ■■■■ these guys for ruining it.

C’mon… we had to know from the Super bowl ads that a crash was coming.

What could possibly go wrong?

FakeCoins are ridiculous. Let it die

Of course, bitcoin is hitting a new all-time low . . . people are figuring out bitcoin is a clever scheme to defraud people of their real material wealth.

Bitcoins, an imaginary representation of wealth [and unlike a federal reserve note which you can touch, you cannot even touch a bitcoin] in which people trade in the shadow and not the substance, very much like Federal Reserve Notes, another intrinsically worthless rope-a-dope currency created by nefarious individuals which they use to obtain and enjoy real material wealth created by labor, without having to participate in that labor.

“Of all the contrivances for cheating the laboring class of mankind, none have been more effectual than that which deludes them with paper money. This is the most effectual of inventions to fertilize the rich man’s field by the sweat of the poor man’s brow.”_____ Daniel Webster.

FakeCoins are ridiculous. Let it die

FakeCoins? You can’t even touch a “bitcoin”. They are worse than fake coins.

Honestly just the same as those crazy “Garage” Ponzi meetings from decades ago.

They might as well get rich in Virtual Reality and run fake gold through their hands.

Honestly just the same as those crazy “Garage” Ponzi meetings from decades ago.

They might as well get rich in Virtual Reality and run fake gold through their hands.

What were garage meetings?

Then their PR dept told the media “Our staff is paid in bitcoin,” (which was technically true.)

That says a lot to me.

Added note:
The fact that the fleeing bitcoin investors switched over to stocks explains part of today’s stock market bounce.

My money says the stock market will fall again next week, but who knows?

You think that buying land in the Metaverse isn’t a good idea?
How could it go wrong?

What were garage meetings?

It was a sudden wave of collective greed. Someone tell you to go to a meeting you pay 1000 or more and then you are promised to make a bundle —just recruit others. It was like multi-level marketing with money the only product.

People would meet in garages. Of course those who first got into it would abscond with the money.

A ponzi scheme. in the late 70’s or early 80’s I think. My brother dragged me to one. it was ridiculous.

People went nuts dreaming of getting big bucks. Few of them did.

They were investigated and busted. It was decentralized but the masterminds would sprout up elsewhere.

I hate to see people get scammed. The majority of people are those who can least afford it or at a vulnerable time.

Sure they can see the warning signs but they ignore them in the hope that this could turn things around.

I stopped a family member from getting scammed out of thousands. She is not a stupid person but this “opportunity” came just at the right time for her. She felt so stupid when I explained it to her.

My only foray into crypto was when PayPal offered a $25 credit (on a subsequent purchase through PPal) if you bought $25 or more in crypto. That was back in December.

No-brainer, that one. Bought 25 in bitcoin. Used the $25 credit on one of my Christmas purchases, and I still have the bitcoin, so it cost me nothing. And I forgot about it since then.

It’s no different than printing play money and convincing people to give you real money for it. The fact that it’s value is determined by how many US dollars it is worth should tell you that.
Unlike gold, there is nothing of intrinsic value behind it.
A stock relies ultimately on the production capacity behind it.