Benedict Donald: "I didn't mean what I said in Helsinki"

Trump is now walking back what he said yesterday about Russian interference in the 2016 election.

From the L.A. Times story:

Back at the White House on Tuesday, the president told reporters that he said he meant he doesn’t see why Russia “wouldn’t” be responsible. He also said he accepts the American intelligence community’s conclusion that Russia interfered in the election, but he denied that his campaign had colluded in the effort.

And some of you call this “leadership.” Wow. 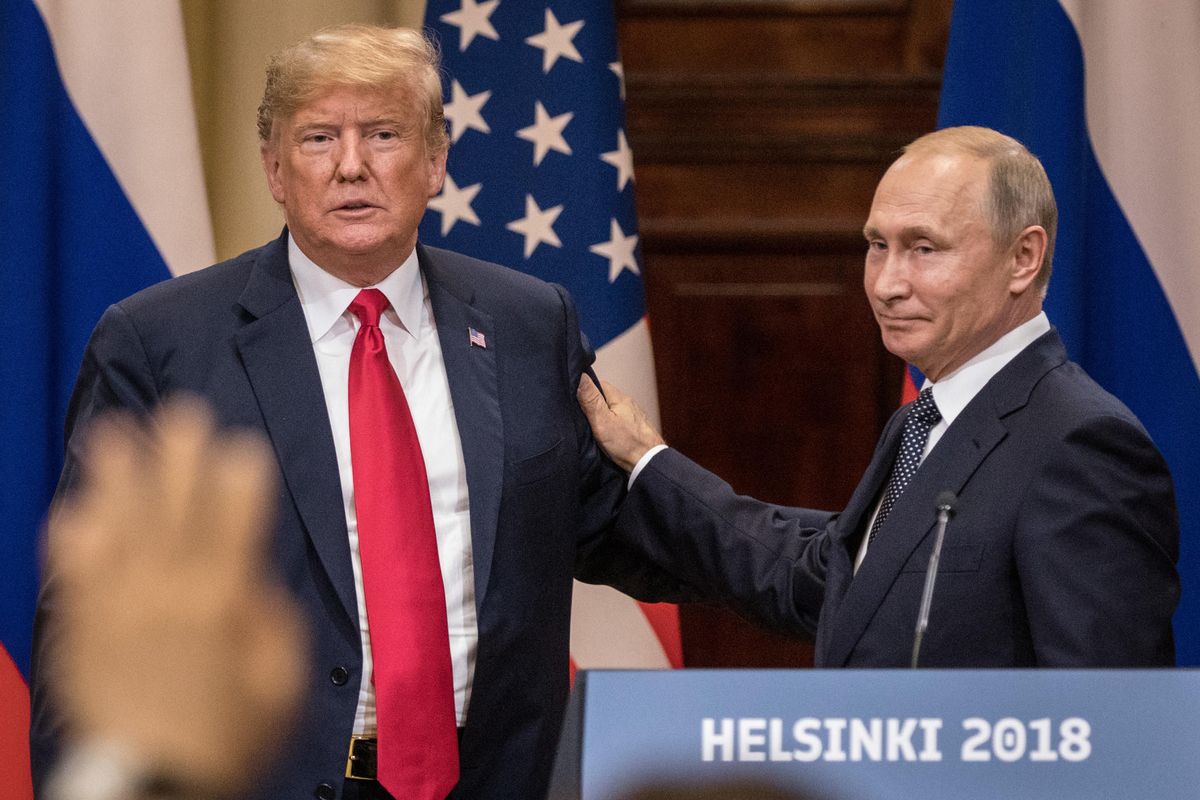 President Trump says he meant the opposite when he said in Helsinki that he doesn't see why Russia would have interfered in the 2016 U.S. elections.

18 posts were merged into an existing topic: Lyin’ Don the Con has rethought the Putin presser- and he would like you to ignore your own ears