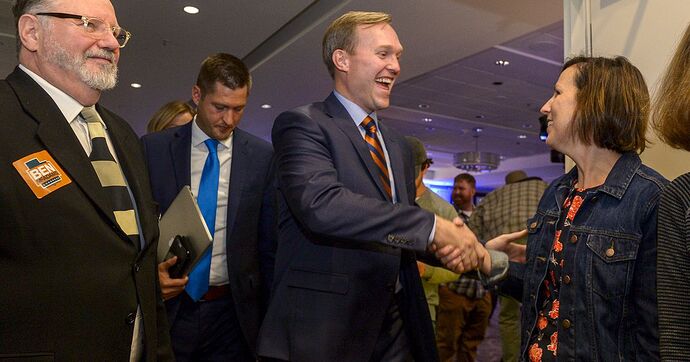 Ben McAdams' lead in the 4th District is now less than 900 after updated vote...

Look because all the votes are being counted, a Republican is probably going to win this seat.

Isn’t that a good thing?

so now should we continue the counts or…cause i am getting mixed signals ;p

The Daily podcast had an interesting take on this issue.

They posited that complaining about recounts isn’t about the outcome of the election but pushing the narrative that the system is crooked.

That way they can make the actual counting of the votes a political issue even when it shouldn’t be.

And they are also following the law (more or less). Mia has a court hearing tomorrow to try and stop the vote count in Salt Lake County because of some irregularities in the way the clerk is doing stuff.

The two-term Republican congresswoman and her campaign want the opportunity to challenge the Democratic county clerk’s determinations on whether the voter signatures on mail-in ballot envelopes match the signatures the county has on file.

In Utah they have until the 20th to count ballots since most Utah’s vote by mail now.

This one is funny, Trump put her on blast for not giving him “love” and it looks like she is headed for a win.

Oh, hell no! Shut the count down! Conservatives are trying to steal the election by unconstitutional means! /s

Are you implying the other vote counts aren’t legal?

Can’t wakt to see how the CEC spins this as adhering to the rule of law and maintaining election integrity, while counting votes in FL is Marxist corruption.

Not sure what you mean.

If your talking about the “more or less” . . . there are questions about how they are verifying signatures in Salt Lake County and won’t turn info over to her campaign.

If you mean the have till 20th . . not sure what you could mean there.

Each state has it’s own laws on voting (dates due, recounts etc).

The 20th deadline in Utah is nothing new. The only thing really new this go around is counties releasing new tallies every few days. Under old law (from a few years ago) counties would have reported machine votes on election night, then all other votes on the 20th (using deadline for this year).

2016 There were some people who almost lost their minds (and a couple who lost their jobs) waiting the two weeks or so for the final numbers. One’s that lost their jobs leaked number information between election night and counting deadline.

McAdams lead has just been updated to 1,169 today.

another one for the good guys.

Romney is still looked upon as Salt Lake Savior in the 2002 winter olympics (helps that during the election cycle SLC/Utah is in the running for another winter olympics). McAdams is the current mayor of Salt Lake County, and the district has traditionally been democrat represented in the house (much to the chagrin of the Utah Legislature that kept gerymandering it to get a republican in.) Mia lost most of the support she had from national republicans after she was elected.

Don’t know if you remember on the old board but back then I said that Mia had 90% of her money come from outside Utah to get elected while her opponant had 90% of his money from in district.

This time around Mia didn’t get much from outside the state of Utah.

Thanks for the information.

she was weak candidate.

I haven’t looked at the breakdown on money raised this go around. McAdams has been popular as Mayor of Salt Lake County (not sure how that translates to where you live, kind of a weird Utah thing for the largest counties).

I call Mia a flash in the pan politician. She was popular in the City she got elected Mayor in, said the right things at the right time (when she first got elected to the house). Second time around really no quality candidate on the D side.

With Prop 4 holding a very slim lead (non partisan redistricting committee – and guidlines on how bountries are to be drawn), I expect at least one of Utah’s 4 house seats will continually be held by a Democrat. If the Redistricting puts Salt lake County and Summit County in on district . . . it guarantee’s it. The other 3 taking up most of the rest of the state would be safe R seats.

Highly doubtful of a new seat in 2020 census. Picked up one in the 2010 census and that’s really what is the driving force behind the non partisan redistricting committee amendment. 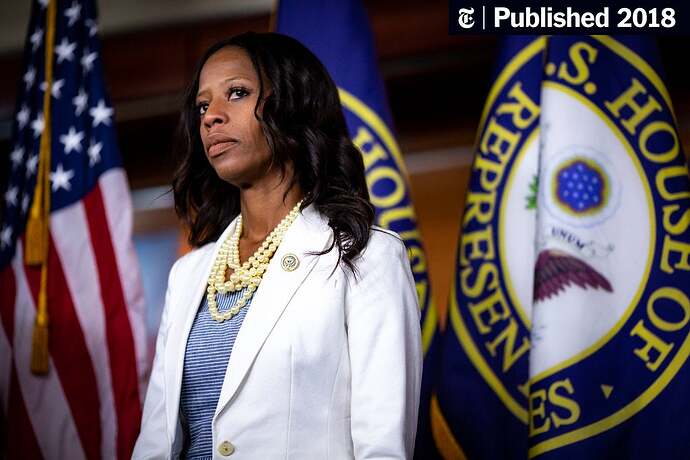 Ms. Love, the first and only black Republican woman in Congress, was defeated by Ben McAdams, the mayor of Salt Lake County.