Bad news, yes, the wall is being built A really well done video showing construction of one section of “The Wall” in AZ.

Note, this one company is averaging completely about 6 miles per week now and they are only one of the many contractors being employed.

Mexico must have finally handed over the loot.

is this part of the wall refurbishment which was paid for under Obama?

Mexico must have finally handed over the loot.

As I’ve been saying for years on this forum nothing is going to stop the flow of immigrants coming to America except a giant wall from coast to coast. Nothing beats a wall. Border Patrol agents only can do so much. People are fallible. Walls aren’t. Walls don’t give up at the end of their shift. They don’t get lazy and allow people to slip by. Walls never fail.

Some walls don’t work. The blue wall, for instance. 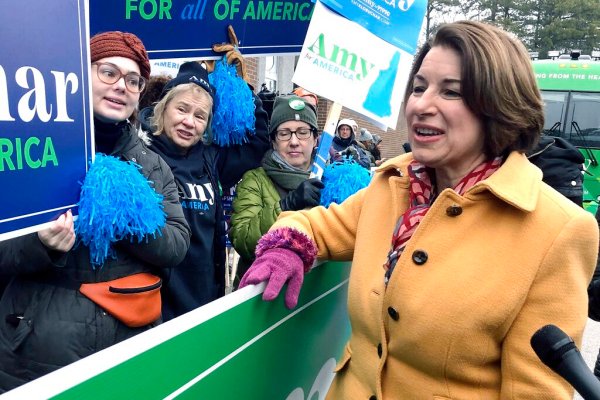 Minnesota Senator Amy Klobuchar’s daughter riffed on Donald Trump’s 2016 campaign promise with one of her own, predicting her mom would  “build” wall of votes on the way to the White House.… 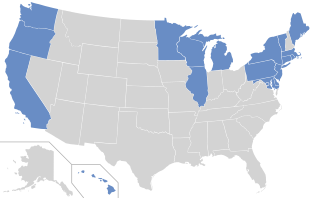 "Blue wall" is a term used by political pundits to refer to 18 U.S. states and the District of Columbia that the Democratic Party consistently won in presidential elections between 1992 and 2012. George W. Bush, the only Republican president elected during this time, was able to narrowly win the electoral college in 2000 and 2004 only by winning states outside of the blue wall. During the 2016 presidential election, many political pundits speculated that the "blue wall" made Hillary Clinton a he...

Pretty leisurely for a national emergency.

Except when they get blown down

we have one its called the no touching zone, its very very serious topic.

The 3,433 km-long border is the longest in the world, but it isn’t marked in the traditional way.

There’s a six-metre divide between the countries’ forests called the “no touch zone.” This separates the two nations, with only a few exceptions: Derby Line, Vermont; Stanstead, Quebec; Point Roberts, Washington; and Hyder, Alaska.

Despite the countries coexisting peacefully, maybe a wall will be put up in the future to make the border clearer. Why the U.S./Canada border is the most bizarre border in the world

Racking up the non sequitors.

Its better, its the no touching zone.

Its better, its the no touching zone.

The Huffpost? LOL, might as well link to the Onion.

Even if such a thing was true, the easy solution is to find out how long those ‘ladders’ are and just build the wall taller.