Babylon Bee suspended from Twitter for not telling popular lies The Christian satire website The Babylon Bee was suspended from Twitter on Sunday for posting a story calling transgender US Assistant Secretary of Health Dr Rachel Levine a man,

How dare they mock a Public Official!

I posted this in another thread too.

Libs have no sense of humor.

This is some 5th dimension stuff. A headline that looks like a Babylon Bee headline…but is real…about the Babylon Bee.

“Equal gender” playing cards. Why is a queen in a standard deck worth less than a king?

Queeng is the first ever equal-gender deck of cards! While it started simply as a family project, Queeng playing cards quickly gained traction as supporters believed that the positive message it sends card players can make...

“Men can even be a better women, than women. So, get back to the kitchen bio-chicks!!”

This seems to be the lefts message!

Seems like a prime example of why people mock “conservative humor”.

How dare they mock a Public Official!

Can’t criticize or do anything remotely hurtful to anyone on the eft. This is the result!

“Attack Helicopter of the Year” would have at least been a little more clever and make a nod towards the only conservative joke.

A man puts on a wig and calls himself a woman. Liberals believe it.!

Levine doesn’t even try. That is what is so hilarious.

To paraphrase Robin Williams: A man in comfortable women’s shoes.

Levine doesn’t even try. That is what is so hilarious.

Men are so great at being women, they don’t even have to try and they win " Women of the year" at first attempt!

Looks like Barney Rubble with a mop on his head…IMO.

Men are so great at being women, they don’t even have to try and they win " Women of the year" at first attempt!

Bruce Jender did it (Glamour Magazine’s WOTY) just a year after starting to play dress-up. 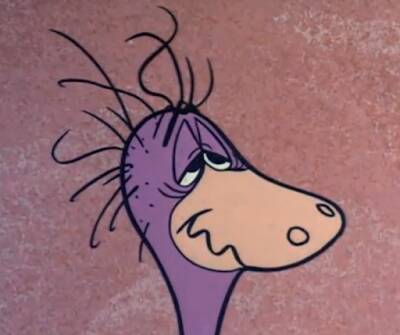 IMO if you are going to do the gender switcharoo. I should not be able to tell…at least not so easy. We already know what Twitter is. So do progressives, they just like to pretend.
Nobody but teen girls needs to be on that anyway. And yes, that goes especially for Trump.