The move was action packed with a good group of hero’s and had good humor and lots of surprises.

The theater I saw it in was packed and lots of cheers, clapping and dead Silence.
And lots of people going ■■■■ you Marvel.

Going to see it again
Was great
MUST SEE

My kid loves the avengers, but he’s 6 and the Civil War movie got a little too dark towards the end for my taste for him. I’m going to have to wait till it comes out of the theaters, screen it, and ffw through the rough stuff. But I really want to see it too!

Was reading this with one eye closed, fearful of spoilers.

I have Monday off, I figure I’ll catch a matinee.

Only Avengers that matter to me are John Steed and Emma Peel.

I saw Avengers: Infinity War today, and it was simply amazing.

All I have to say without revealing any spoilers in…WOW! Great action and fights scenes also.

Not I, I read the spoilers and it just made me not want to see it. There are only two possibilities going forward. One of those means no further movies unless they are backstories, the other would cheapen and indeed make this movies whole plot meaningless. I think Marvel was idiotic ending this movie the way they did.

Not I, I read the spoilers and it just made me not want to see it. There are only two possibilities going forward. One of those means no further movies unless they are backstories, the other would cheapen and indeed make this movies whole plot meaningless. I think Marvel was idiotic ending this movie the way they did.

You didn’t see it and your complaining about the ending? And trying to explain what they need?

The fact it is a COMIC BOOK MOVIE explain things for you.

They Changed Thano’s Motivation from the comics to this movie but it worked for the film.
The next film is Avengers Forever -which in the comics was a lot about Time Travel and fixing things that were going wrong in the Avengers History.
And they already have Planned after 2019 Spiderman 2 , Black Panther 2 etc…

Yes as I said having them go back in time to undo what’s been done makes this movie irrelevant to see. Basically a 3 hour long trailer for the 4th movie. 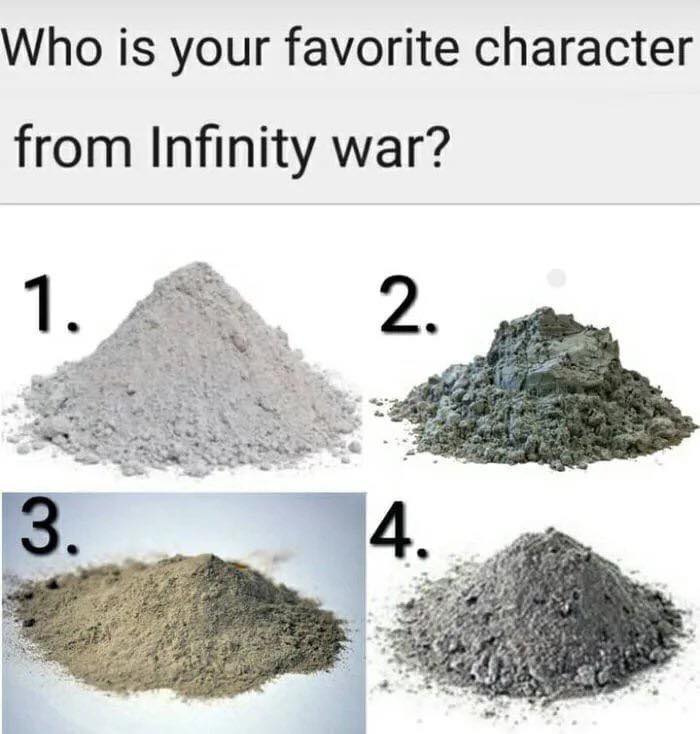 The 3rd one appears to be saying “I don’t feel so good, I’m sorry!”

The third is my favorite.

I liked it. I was nervous that having so many characters would make it a mess (The X-Men movies have never been able to juggle the team effectively; that’s why I would rather see the X-Men as an ongoing television series rather than Film) but the Russo brothers found a way.

They made Thanos the protagonist. It was a brilliant play and took it straight from Bond. In the Bond films the villain is often the protagonist. Bond is the foil to the villain, not the other way around. The Bond villain’s goal and tragedy is the central theme in those films; Bond exists to move the plot along. It’s always worked.

I will say that I agree with another poster that the emotional impact will ultimately be negated in the next film. The ending was great on its own but I foresee it being cheapened with the blanket revivals and time travel the next films will focus on. I would have rather they killed off some of the older characters (especially Iron Man) for good and went with a more dystopian vision going forward.

My question is this. What comes after all this? Now that Disney is going to own Fox this would be a good time to integrate the Fantastic Four. For the post Thanos universe I would LOVE to see a proper Dr. Doom be the ultimate antagonist. They did that several times in the 616 universe in the comics; Doom is often the manipulator behind the scenes and when revealed is thrust into combat with the entire Marvel hero line up.

In the comics, Ironman becomes a godlike figure. If they’re going to follow the comic storyline, perhaps future versions could allow him to act as the adversary.

I read some alternative theories about what happened at the end of Infinity Wars. One person believes that when Thanos did what he did, he didn’t actually wipe out half the universe but in fact accidentally created a parallel universe and half the people who turned to dust actually got placed into this parallel universe, so the next movies plot will be the Avengers going around trying to get the stones back while trying to find their friends in this alternate universe. Interesting theory I suppose.

Yeah that makes some sense.

That’s true. That would be an interesting film development.

You think Downey could pull that off though?

He’d be too old by then, but then again, vanity is one of Tony’s worst character flaws. I can see him (Downey) playing the arrogant I want my youth back at any cost achieved by ultimate power role. They’ve alluded to such in the cartoon series before when he comes within proximity of the stones. Yes, I watch the avengers and Spider-Man cartoons with my six year old and enjoy them as much as he does.

Nothing wrong with that.

I still catch X-Men: The Animated Series reruns when I can. That show was a huge influence on me when I was a kid.

I’m ultimately an X-Men fan at heart. Well I’m a Magneto fan more than anything else. My favorite marvel character hands down.

I grew up on old school spidey catching rides with iceman on his winding ice paths.

Magneto was ok in the cartoons, but I like how they focused more on him in the various movies and developed his character as someone who was fedup with non-mutants promises of peace. 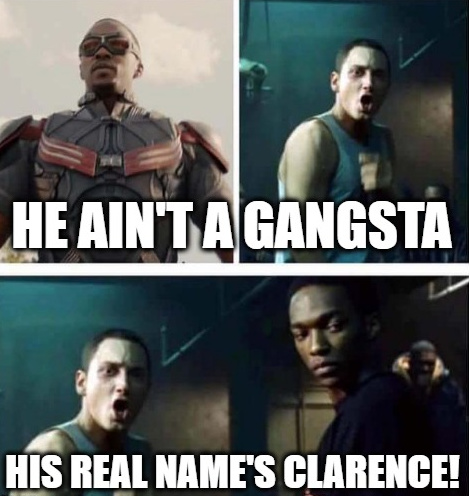