Unionized construction workers in Melbourne were out in force protesting against forced vaccinations that are supported by the state’s Labor government and their union leaders. Union leaders refused to speak to the protestors, and most of the workers had voted for the Labor government.

Unlike other protests, police did not interfere for many hours. They eventually used rubber bullets to attack the protestors, but did not arrest the protestors. Workers of the world unite against forced vaccinations?

Unlike other protests, police did not interfere for many hours. The eventually used rubber bullets to attack the protestors, but did not arrest the protestors.

Women in their 70’s are a lot easier to beat up on for daring to go outside. 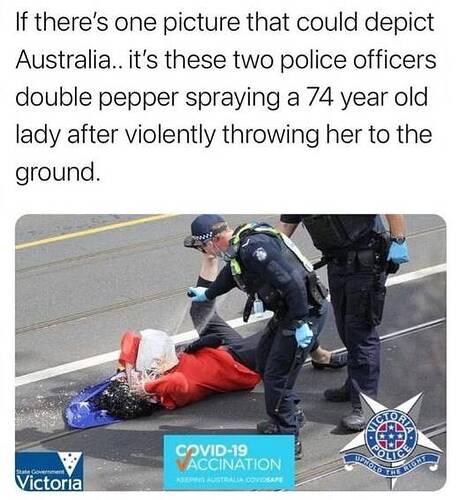 Yes, elderly ladies are fair game. Burly construction workers are not as easy to attack.

Things are getting crazy in Melbourne. This is what happens when people spend their entire lives upside down.

The number of cases has exploded in Melbourne and the surrounding area since the lockdowns started in early August. The COVID-zero policy is collapsing. 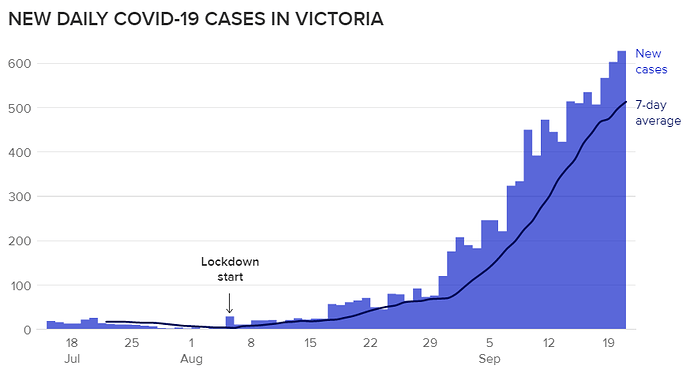 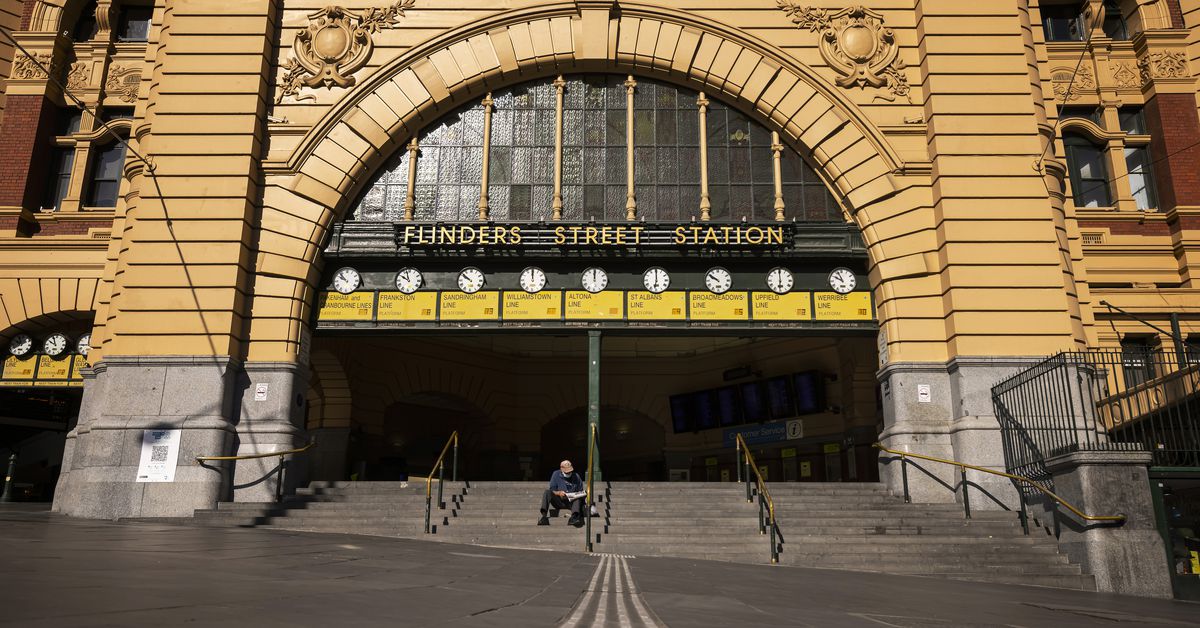 The Australian police are attacking unarmed protesters with rubber bullets and preventing media from covering the violence. Rubber bullets can be lethal. Remember, it's all for your health and safety. #Australia https://t.co/iFbJZ2cjI7 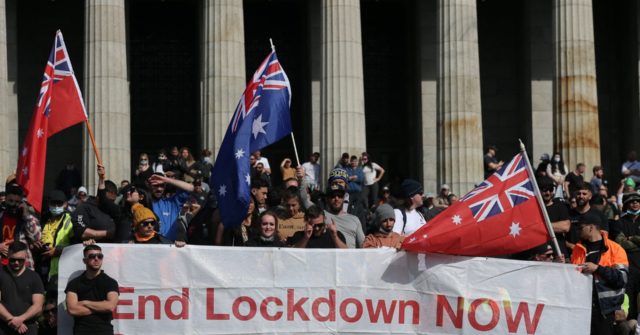 Police in Melbourne, Australia, have reportedly been firing pepper spray and rubber bullets at men, women and children protesting against...

Shooting people for their health!

There is no Labour government in Victoria.

I wonder what the numbers are in NSW where there is a LNP state government.

Let me point out that the dominant, and by a significant margin, newspaper group is owned by News Corp owned by Rupert Murdoch et al. Sky News (Australia) is owned by Murdoch.

The ABC (Australia) is the most trusted media source for news.

And for the record the Victorian government cannot enact legislation that applies to any other state or territory.

That is a tepid statement over 600 lousy cases and 3 covid deaths.

This does support the fact that excessive restrictions merely prolong the pain. Like a smoldering fire eventually covid finds it’s oxygen.

The feigned indignation particularly relating to members of the CFMEU is absolutely hilarious. Those involved in the protests have shown no respect.

What house restrictions? Perth will be hosting an Aussie Rules grand final with a capacity crowd at the stadium.

The premier is a member of the Australian Labor Party. 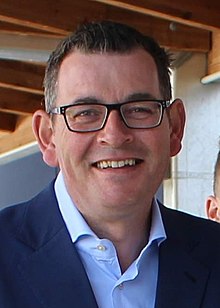 Daniel Michael Andrews (born 6 July 1972) is an Australian Labor Party politician who has been the 48th premier of Victoria since December 2014 and Leader of the Labor Party in Victoria since 2010. Andrews initially worked as a research and political officer, before being elected to the Victorian Legislative Assembly at the 2002 election for the seat of Mulgrave. He was later appointed to the Ministry by Premier Steve Bracks in 2006, before being promoted by Premier John Brumby in 2007. Afte...

Who is really running the government?

Not the Labour Party.

In the Australian context, one exists and the other doesn’t.

Okay, I corrected the spelling in the OP.

I assumed that Australians used British spelling, not American.

In the UK and NZ there is the Labour Party.